Díaz continues to lead for a second in another Philipsen win 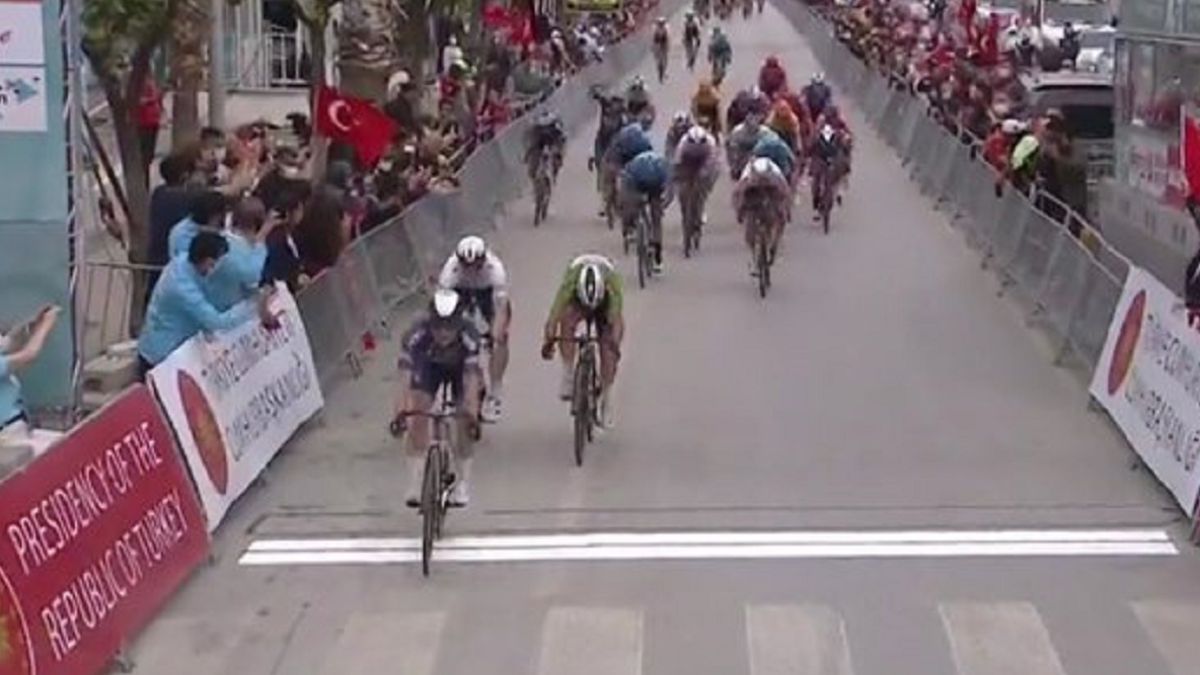 The Spanish José Manuel Díaz (Delko) retains the leadership of the Tour of Turkey with a single second advantage over Australian Jay Vine after the seventh and penultimate stage, in which the Belgian Jasper Philipsen, for the second day in a row, was once again the strongest in the sprint.

Philipsen won with a time of 4:20:45 on the 180-kilometer route between Marmaris and Turgutreis culminating in the sprint, in which he beat the German Andre Greipel and the British Mark Cavendish. A first-class port and a third-class port marked the route on the windy Saturday day, which formed the day’s flight at the tenth kilometer. The Spanish Julen Irizar (Euskaltel) went with the Italians Alessandro Tonelli (Bardiani), Francesco Gavazzi (Eolo Kometa) and Danilo Celano (Sapura).

The platoon was shattered, reduced to 35 units in the first port, located at km 30. The escapees crowned with two minutes of advantage over the group of the leader, José Manuel Díaz, to which many of the scattered riders returned, including triple stage winner Mark Cavendish.

The difference of the escapees, which did not reach three minutes, began to decline after the second mountainous difficulty, in front of a platoon controlled by the leader’s Delko team and then by Cavendish’s Deceunick-Quick Step and Andre Greipel’s Israel Start-Up.

At 53 km from the finish line, the first peloton, which had been fractured by the wind, caught the escapees. Cavendish, Greipel and Jasper Philipsen, the top three sprinters, and leader José Manuel Díaz were at the top. Australian Jay Vine posted three bonus seconds by winning the second intermediate sprint and was just one behind the lead.

The attacks launched in the last kilometers, including that of the Spanish Jokin Aramburu, collided with the wind and the firm determination of the peloton to reach the sprint, in which Philipsen took advantage of his better position to beat Greipel and Cavendish, who was somewhat locked in the last meters.

Citroën C5X: France to the power of three

Reader ‘s opinion Where did the chew tracks disappear?