Díaz Ayuso implicates Casado in the controversy over the King and the pardons: “I have not rectified and he thinks the same as me” 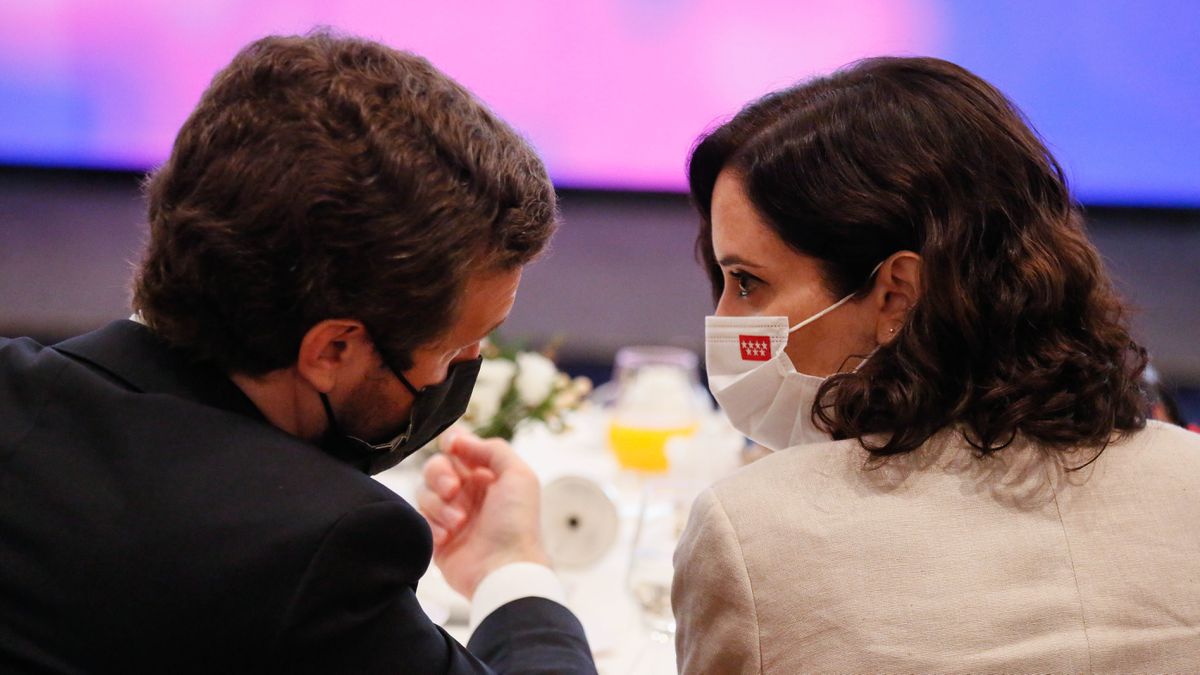 Instead of closing the chapter of his controversial statements about Felipe VI, as preferred by the national leadership of the PP, Isabel Díaz Ayuso has rekindled the controversy on Tuesday and has fully involved the national leader of his party, Pablo Casado. The president of Madrid has considered that the signing of the pardons is a “humiliation” for the King and that the Government has set him “a trap”. “Married thinks the same as me. We think exactly the same. And we think that it is a humiliation and a shame that the Government and the independentists who laugh at all Spaniards (…) celebrate having put the King of Spain in a trap, if he signs or does not sign, whatever he does, he is in question ”, said the interim president of the Community of Madrid as an introduction to its third version in three days on the role of Felipe VI in the signing of the pardons to the Catalan independence leaders condemned by the Supreme Court for their participation in the you process. “There have been no corrections, or impositions, or corrections,” he has maintained.

Sources from the national leadership of the PP have downplayed the controversy and have ensured that the entire party thinks the same: that the Government puts the Monarch in a “commitment” with the grace measure, but that Felipe VI has his constitutional function assessed and of course you cannot deviate from the governmental decision.

Ayuso rectifies: “Of course the King is not an accomplice of anything”

The PP leadership is upset that the focus has been on the King since last Sunday and not on Pedro Sánchez before the controversy of the pardons, but it does not hold Ayuso responsible for this, but rather the Government, which it accuses of diverting attention with this matter. Genoa wants to turn the page as soon as possible of the garden in which the Madrid president has put the party, entangled in denying internal discrepancies about the role of the Monarch in the measure of grace.

Ayuso, however, insisted on the same issue this morning in the run-up to an informative breakfast starring the mayor of the capital, José Luis Martínez-Almeida. Casado has been among the attendees, but has avoided the press at the entrance, perhaps to get away from a controversy that he tried to close on Monday by correcting Díaz Ayuso in public. But the Madrid president has blown up that strategy. Far from avoiding the microphones, the conservative leader has faced them as an opportunity to qualify her rectification on Monday, returning to Sunday’s version, or something similar. Díaz Ayuso has put Casado back into the controversy by ensuring that the two are in complete agreement on the matter.

“There is no rectification”, has assured the Madrid president. “I have spoken with the president of the PP and he thinks the same, that the permanent humiliation to which they are subjecting the Spanish institutions has a person in charge [Pedro Sánchez]”, Diaz Ayuso has assured, apparently more concerned to clarify that no one has corrected him than to end a controversy that makes his training uncomfortable. “It is an absolute shame that the King has to sign such a document,” he continued. And he finished off: “The Government and the independentists have led Catalonia to a situation of civil conflict that has not been worse for the other half of Catalonia, which always yields. They are politicians who laugh at all of us. Those politicians celebrate having put the King of Spain in a trap because if he signs, does not sign, whatever he does, it is in question. That’s why I said they want to make him an accessory. Of course, he is not an accomplice ”.

Sources close to the popular leader avoid contradicting Ayuso and also assure that his opinion is the same as that of the president – after his “clarification” on Monday -, which is that the PP regrets that “Pedro Sánchez is putting in a garden to the King ”by making the independence leaders sign the pardons, but that does not mean that the PP does not know that Felipe VI has no other option than to sign them. “We have very clear what his constitutional role is and of course he has to sign,” assure sources of Casado’s trust, but “it is a tremendous irresponsibility that the Government puts the King in a hole.” The same sources insist that the Monarch “is not an accomplice” of anything, unlike what Ayuso hinted on Sunday, in the first version of his controversial statements. The party admits that the Madrid president made a mistake in the way she expressed herself, but reduces it to a failure of expression, and not to a different position.

The national leadership strives to turn the page and deny internal divisions. “The only culprit [de los indultos] is Pedro Sánchez. The whole PP, without any kind of cracks, we see it that way ”, has underlined the spokesman in the Senate, Javier Maroto. “There are no differences of opinion,” he insisted. Other sources in the leadership do admit the discomfort with Ayuso for keeping open an issue that does not favor training. “What are we, mushrooms or Rolex?”, Complains a leader. The parliamentary spokeswoman, Cuca Gamarra, has made a clear difference of opinion when asked if she also agrees that it is “a shame” for the King to sign the pardons, as Ayuso has argued. “That is what she has said, and I have said what I have said, and I think there is a difference,” the spokeswoman replied after assuring that “the role of Felipe VI is the one that the Constitution sets and fulfills. in an excellent way ”.

That Díaz Ayuso had to give his third version in three days on the same issue is the best example of the anxiety that the first one, launched on Sunday, caused in the PP: “What is the King of Spain going to do from now on? ? Are you going to sign those pardons? Are they going to make him an accomplice [a Felipe VI] of this? ”, he said then. As his qualification on Monday was understood by everyone as a rectification (“Of course the King is not an accomplice of anything”, he admitted), this Tuesday the president has returned to speak on the subject, reigniting a controversy that the PP wants bury by all means. “There is no rectification”, he assured to defend that Genoa has not forced him to change his mind. “I speak with Pablo Casado and he thinks exactly the same as me. (…) What is happening is an absolute humiliation for everyone, a trap for all institutions, starting with His Majesty the King ”, Ayuso has insisted over and over again, who has spoken at least five times of humiliation: “This is happening is an absolute humiliation and a shame that is responsible for the President of the Government, I insist, who tampers with all the institutions.”

Precisely, the words of Díaz Ayuso have highlighted a fundamental problem for the party. Its leader in Madrid goes on his own, has his own agenda, and this does not always coincide with that of the conservative formation. For example, what has happened since Sunday.

The PP arrived at the Columbus demonstration dreaming of a photograph that would wear Sánchez down: thousands of people protesting against pardons in the heart of the capital of Spain. Instead, he encountered a controversy sparked by his most recognizable leader, Díaz Ayuso, and then a communication crisis that the president of Madrid keeps alive while the party tries to shut it down.