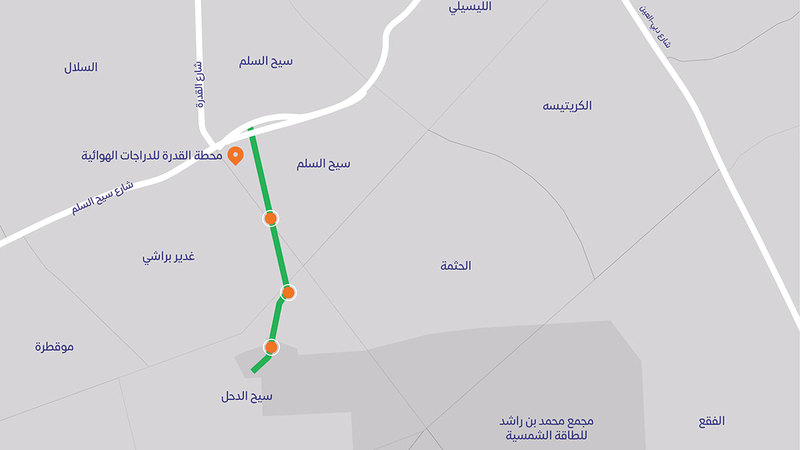 The Dubai Roads and Transport Authority has awarded a contract for the development and expansion of Seih Al Dahl Street, which links Seih Al Salam Street and the Mohammed bin Rashid Al Maktoum Solar Park.

The Director General and Chairman of the Board of Directors of the RTA, Mattar Muhammad Al Tayer, said that the project aims to increase the capacity from 1,800 vehicles currently to 4,000 vehicles in each direction, with the aim of keeping pace with the continuous growth in traffic volumes, and facilitating the access of residents and visitors to oases on both sides of the road and areas. desert, and the Mohammed bin Rashid Al Maktoum Solar Energy Complex.

Al Tayer indicated that the project starts from the roundabout located at the intersection of Seih Al Dahl Road with Seih Al Salam Street in the north, directly after the Al Qudra station for bicycles, towards the Mohammed bin Rashid Al Maktoum Solar Energy Complex in the south, and includes the implementation of a new road with a capacity of two lanes in each direction, and the implementation of three Roundabouts along the road, to facilitate the access of its users to the oases located on its sides, to the Qudra lakes, and desert areas, and to facilitate the turn around.