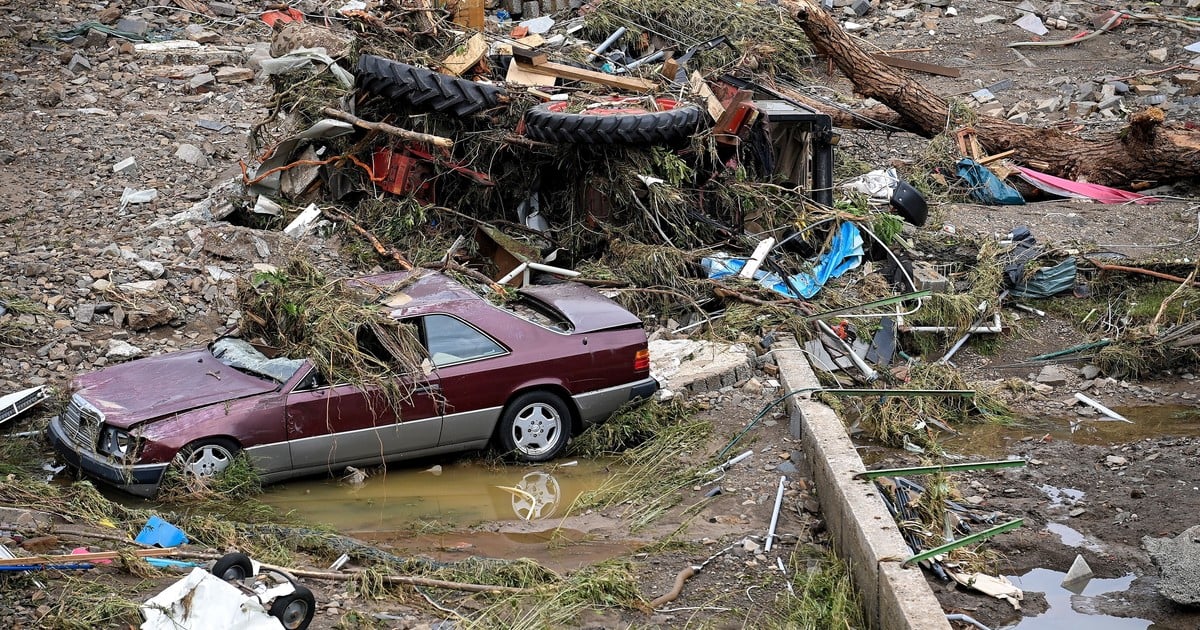 Entire villages are razed. Belgium and the Netherlands were also hit. The waters washed away everything in their path.

At least 30 people died and many more are missing after the severe flooding in western Germany caused by storms that also affected Belgium.

The worst of the floods occurred in the states of Rhineland-Palatinate and North Rhine-Westphalia, where buildings and cars were washed away by uncontrolled waters.

Record rainfall follows this Thursday in parts of Western Europe that has caused major rivers to overflow. Photo: EFE

The overflow of the rivers

Record rainfall follows this Thursday in parts of Western Europe that has caused the main rivers overflow.

Malu Dreyer, head of the state of Rhineland-Palatinate, described the flood as a catastrophe”.

“There are dead, missing and many people still in danger“he said.” All our emergency services are in action 24 hours a day and risking their own lives. “

Chancellor Angela Merkel, who is in the United States ahead of a meeting with President Joe Biden, said she was “shocked by disaster.”

It is believed that at leasts 70 people are missing in the Ahrweiler district of Rhineland-Palatinate, after the river Ahr, which flows into the Rhine, overflowed.

Police helicopters and hundreds of soldiers have been deployed to some areas to help stranded residents. Earlier, police said dozens of people were waiting on rooftops to be rescued.

The village of Schuld was destroyed. Photo: EFE

Some schools have been closed, while road and rail transport connections have been severely disrupted.