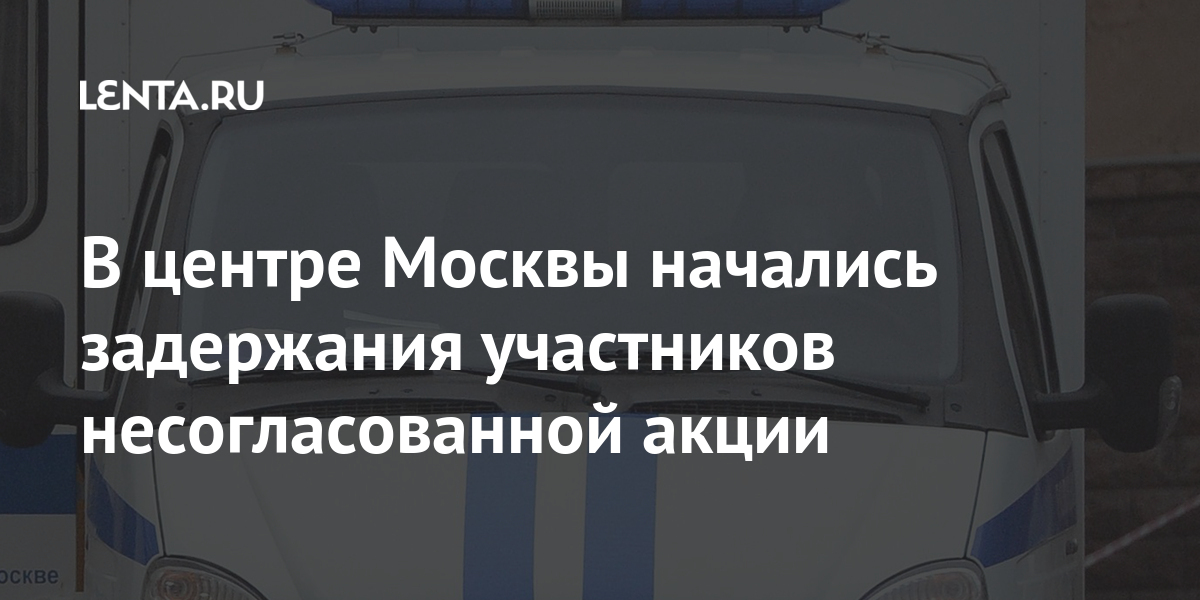 Police officers began detaining participants in an uncoordinated protest action in the center of Moscow. It is reported by TASS…

According to the agency, the first two people were detained at the Borovitskaya metro station. In addition, law enforcement officers stop suspicious young people.

According to TASS, small groups of young people were seen in the center of the capital, heading towards Manezhnaya Square and discussing the action. Pushkinskaya Square is closed, exits from the Pushkinskaya and Tverskaya metro stations are operating normally. By data of the Mob Counter project, which counts the participants in social and political actions, about 900 participants have been seen in Moscow at the moment.

Earlier it was reported that the Moscow authorities refused to hold rallies on April 21 and May 1 due to the situation with the coronavirus. The first notification was filed with the capital government in violation of the requirements. In particular, the citizens declared in the notification are outside Russia.

The Russian Ministry of Internal Affairs also called on citizens to refuse to participate in uncoordinated actions. They recalled that restrictive measures continue to operate in the regions in connection with the coronavirus pandemic.

Viewpoint: Knives out in Madrid