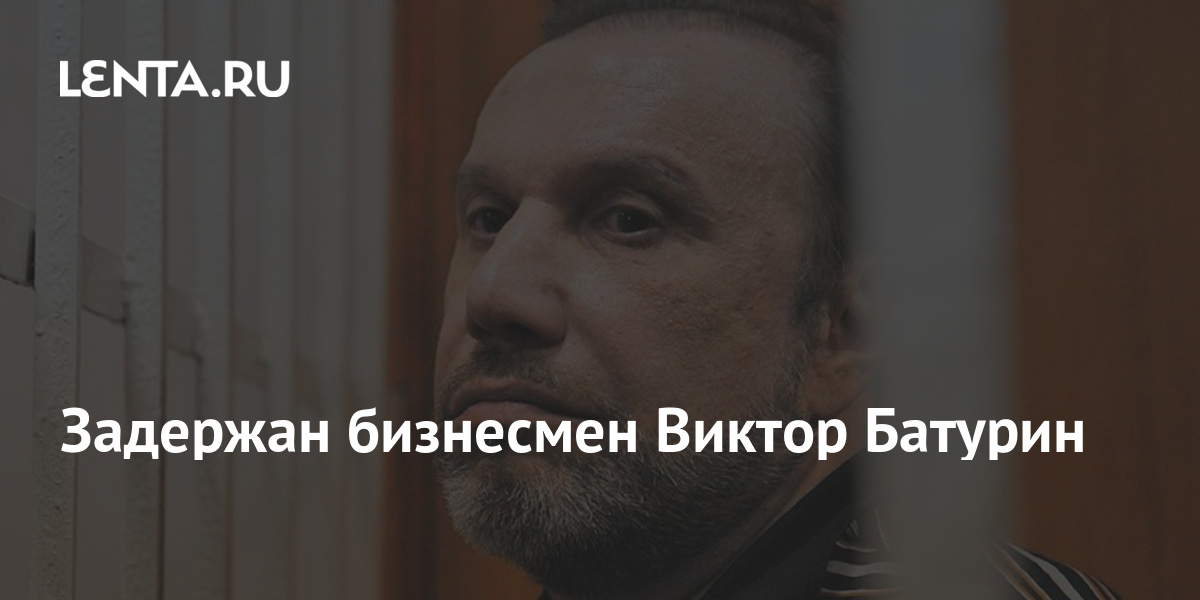 The brother-in-law of the former mayor of Moscow Yuri Luzhkov, businessman Viktor Baturin, was detained. It is reported by TASS with reference to his lawyer.

According to the lawyer, Baturin was suspected under Article 30 and Part 4 of Article 159 (Attempted Fraud) of the Criminal Code of the Russian Federation.

According to Kommersant, the events of 2011 formed the basis of the case. Then Baturin went to court with a claim to return him 25% of the shares of Inteko, providing an agreement signed by his sister, Elena Baturina. It followed from the document that the shares really belonged to him, and his sister had to pay market compensation for them.

Baturina claimed that the signature was not hers.

Previously, the brother-in-law of the former mayor of Moscow has already been tried. In 2011, he was sentenced to a suspended sentence for real estate fraud, and in 2013 – to seven years in prison and a fine for fraud in the sale of Inteko bills. In 2016, the court replaced Baturin’s unserved term with a fine.

Viktor Baturin served as vice president of Inteko. In 2006, the head of the company, Elena Baturina, announced that her brother no longer works for Inteko and has no right to represent the company. She had previously argued that the prosecution of her brother was related to Luzhkov’s resignation.