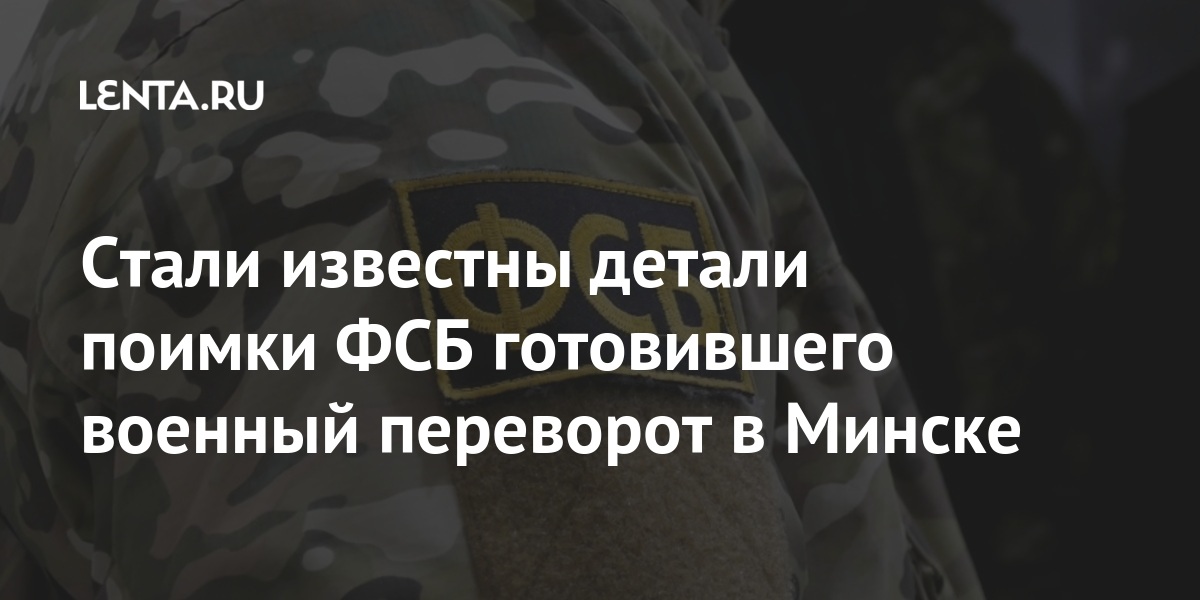 The details of the capture by the employees of the Federal Security Service of Russia of political scientist Alexander Feduta, accused of preparing a coup d’etat in Belarus, have been disclosed. It is reported by TASS citing a source in law enforcement agencies.

According to him, it was possible to establish Feduta’s whereabouts thanks to CCTV cameras in one of the courtyards of Moscow.

Earlier, the Ministry of Internal Affairs of Belarus revealed the details of the plans of a group of citizens who were preparing a military coup and an attempt on the life of President Alexander Lukashenko. The conspirators wanted to “intercept” external financial flows under the guise of bribery of people who were supposed to help them in the implementation of the plan. Thus, the rebels planned to divide these funds, and as a result, the money would go nowhere.

On April 17, President of Belarus Alexander Lukashenko announced that an attempt was planned on him and his children, which was approved by the US authorities. The FSB confirmed the information about the assassination attempt and the attempted coup in Belarus. In Russia, citizens of the republic, Alexander Feduta and Yuri Zyankovich, who also have an American passport, were detained.