According to MAP, the terrorist cell was dismantled in the Sidi Zouine group, in the outskirts of Marrakesh, through simultaneous security operations.

A statement to the Central Office of Judicial Research of the General Directorate of Territorial Surveillance said that this operation falls within the framework of security operations aimed at combating the dangers of the terrorist threat and aborting subversive schemes that threaten the security and stability of the Kingdom and aim to seriously harm the public order.

The same source explained that the field research and technical tracking operations made it possible to collect accurate data about the terrorist project of the leader of this cell, who was betting on implementing the agendas of international terrorist organizations to strike targets and projects inside the Kingdom, as he was planning to join the ISIS branch in the Sahel region, after weaving relations with A leader in the ranks of this organization, holding the citizenship of a foreign country and residing outside the homeland, who instructed him to join the organization’s combat camps, for the purpose of training in the manufacture of explosives and the selection of terrorist targets.

The statement added that the completed search procedures indicate that the “emir” of this terrorist cell used his acquired professional skills in the field of “welding” to manufacture and prepare white weapons, and prepare traditionally made explosive devices, as he conducted practical experiments to manufacture and operate these explosive materials, before he proceeded to acquire materials Chemicals used in the manufacture of these containers from a commercial store in Marrakesh, in preparation for his terrorist project inside the Kingdom.

The office highlighted that after completing the recruitment and polarization processes and ending the total involvement of all elements of the cell in this terrorist project, the stage of the physical implementation of the sabotage schemes that were identified as immediate targets targeting vital facilities and security headquarters, as well as identifying people for the purpose of physically liquidating them by means of white weapons, was carried out. Individual terrorism inspired by the operations of the terrorist organization ISIS.

The research and investigation procedures also indicated, the same source adds, that the members of this terrorist cell bet on polarization and recruitment among young children, with the aim of spreading and popularizing extremist ideology, by organizing advocacy meetings for the benefit of minor children in the Sidi Zwein area.

The technical inspections and surveys carried out in the homes of the arrested persons, and in a shop attached to the residence of the main suspect, enabled the seizure of white weapons of various sizes, information equipment, a welding machine, and chemicals suspected of being used in the preparation and preparation of explosive devices.

And theThe arrested persons were kept under the measure of theoretical custody at the disposal of the judicial research conducted by the Central Office for Judicial Research under the supervision of the competent Public Prosecution, in order to reveal the regional and international links of the members of this terrorist cell, and to identify all the terrorist projects they planned, as well as to monitor all potential contributors and participants in this terrorist project. 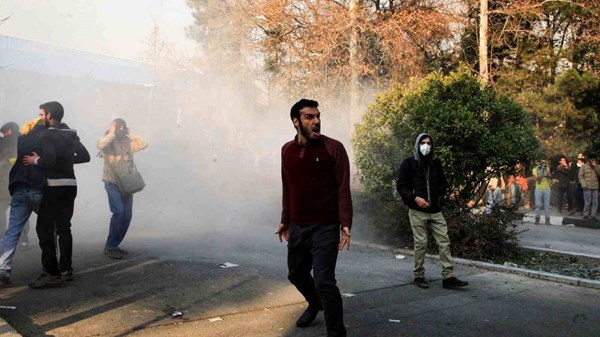