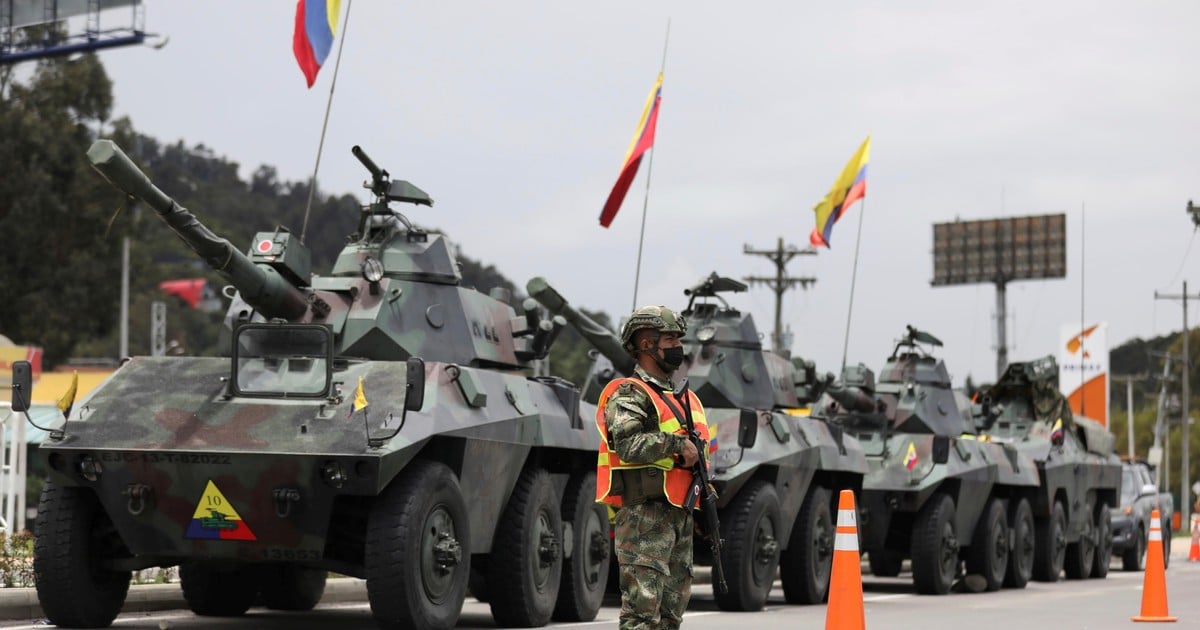 In the social protests against the already withdrawn tax reform of the Government of Colombia at least 89 people have disappeared, according to the complaints received by the Ombudsman’s Office, which said on Tuesday that so far only two of them have been found.

The police repression of the protests raised harsh criticism around the world, especially in international organizations such as the UN and the OAS. And even the deputy spokesperson of the US State Department (traditional ally of the government of Iván Duque), Jalina Porter, affirmed in a telephone press conference that “in all the countries of the world citizens have the right to protest peacefully “, although he rejected” vandalism “.

Porter also called on the Colombian security authorities to show “the greatest containment” before the protests, and indicated that Washington “supports” the Government of Colombia in its quest to solve the situation through “dialogue.”

“We are deeply alarmed due to the events that occurred in the city of Cali in Colombia last night, when the police opened fire on the protesters who were protesting against the tax reform, killing and wounding several people, according to the information received, “said Marta Hurtado, spokesperson for the High Commissioner in statements given from Geneva and released in Bogotá.

Soldiers and tanks in the streets of Bogotá, Colombia. AP Photo

The demonstrations began last Wednesday and have left at least 19 dead and about 800 injured, For this reason, Colombia is in the crosshairs of international organizations for the recurrent violation of human rights and abuses by the public force.

“The Ombudsman’s Office registered some complaints corresponding to the alleged disappearances during the social protest called on April 28 and transferred said information to the Commission for the Search for Disappeared Persons, “the entity reported.

Likewise, he shared the complete list of the 87 people who according to the complaints are still missing.

At least 35 of them disappeared in Cali, capital of the department of Valle del Cauca, the epicenter of the protests, and neighboring Palmira, a southwestern region where the highest number of deaths have also been recorded during the protests.

There are also missing persons in Bogotá, Barranquilla and Medellín, and in the department of Quindío, located in the coffee zone in the center of the country.

The demonstrations will continue this Wednesday, according to the convocation of the National Unemployment Committee, which announced that despite the fact that President Iván Duque announced that the fiscal project would be withdrawn “the people, in the streets, it is demanding much more than the withdrawal of the tax reform. “

The day before, the Minister of Finance, Alberto Carrasquilla, promoter of the reform project, resigned from his position and in his place Juan Manuel Restrepo, who served as Minister of Commerce, Industry and Tourism, was appointed. President Duque informed days ago that he would send to the streets to the military troops in their quest to contain the “vandals” and to support the police.

Although the Ombudsman’s Office confirmed the death of 19 people during the demonstrations -18 civilians and one policeman-, the Ministry of Defense has eluded report on the deaths related to the repression of the protests.

Minister Diego Molano has limited himself to reporting at press conferences on those captured, damage to public and private property, and attacks on the public force, while holding illegal armed groups responsible to instigate the mobilizations, but without mentioning the loss of human life.

Molano said today that “there have been attacks on members of the public force, police stations, vehicles, blockades and other violent acts that affect municipalities in the country.”

In Cali, the epicenter of the protests against President Duque. AFP photo

He added that the public force “has been attacked with a record of 579 police officers injured, 464 uniformed men have bruises, 93 have been wounded with a sharp weapon, three with a firearm and 15 by explosive devices or incendiary action, of which 25 remain hospitalized. “

However, in the country there is a general claim towards the minister for the serious complaints that fall on police officers who have even been seen shooting at protesters at point-blank range.

The Police are the subject of serious accusations that include sexual attacks, physical violence and arbitrary detentions, and it has also been marked by the death of many protesters, mostly young people.

The Campaign Defend Freedom is Everyone’s Business, which brings together several human rights organizations, denounced that 305 people have been injured “by the disproportionate actions of the National Police and in particular by the Esmad (Mobile Anti-riot Squad)”.

“We express our deep concern and rejection of these arbitrary and disproportionate actions that go against the international protocols, norms and standards on the actions of the public force in the face of social protest scenarios,” said the group.

With no other vaccines in sight, the Government expects Joe Biden to release doses for Argentina