Desiree Mariottini, sentence: all convicted, but one accused returns free 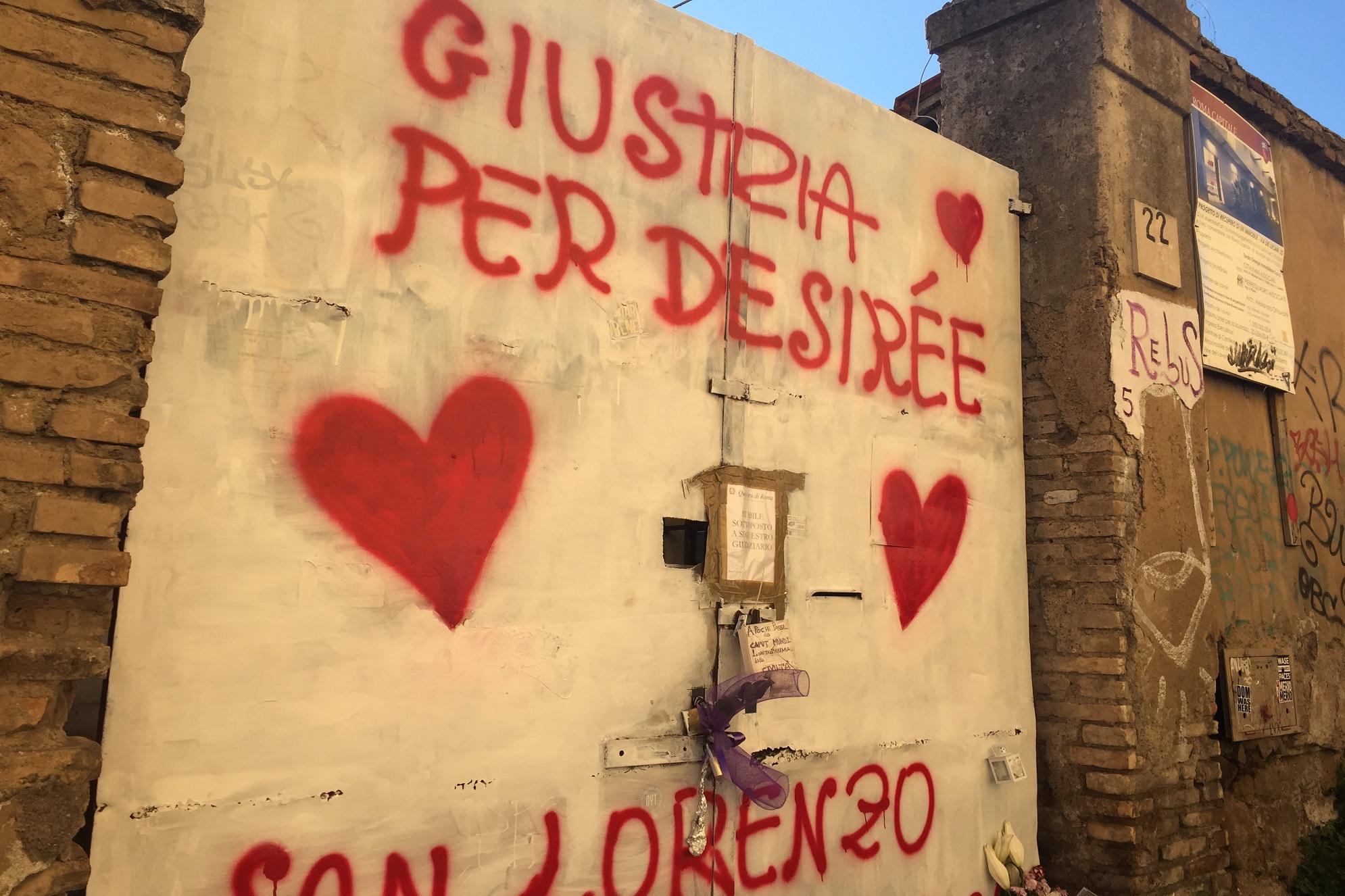 Murder of Desiree Mariottini, the sentence arrives: two life sentences and two other sentences of 27 years and 24 and a half years, but a defendant returns free due to the expiry of the terms of pre-trial detention. This is what the judges of the Third Court of Assizes of Rome decided in the verdict of the trial for the murder of the 16-year-old native of Cisterna di Latina, found lifeless on October 19, 2018 after being abused in an abandoned building in via dei Lucani in San Lorenzo district in the capital.

The judges sentenced Mamadou Gara and Yusef Salia to life imprisonment, while at 24 and a half years Brian Minteh – who nevertheless returns free due to the expiry of the terms of pre-trial detention -, Alinno Chima at 27 years. The charges against them range, depending on the position, from voluntary murder, aggravated sexual violence and the transfer of drugs to minors. Last December the prosecutors Maria Monteleone and Stefano Pizza had asked for life imprisonment for all four defendants with daytime solitary confinement for one year. The verdict came after more than nine hours of council chamber.

In the classroom present Desiree’s mother, Barbara, who wore a white T-shirt with the photo of her daughter, accompanied by the family and friends of the young victim. After the sentence was read, a woman from the audience yelled ‘damn you, may you burn in hell’.

“I was expecting four life sentences, I am not satisfied with this sentence especially because one of the defendants returns free and this should not have happened. I did not have justice”, the comment of the mother of the 16-year-old killed.

The stages of the story

Almost three years after the events, the trial sentence arrived. These are the main stages of the story:

18-19 October 2018: during the night, Desiree’s lifeless body, abandoned on a cot with a blanket on it, is found inside the abandoned building in via dei Lucani, in San Lorenzo, Rome. A story of drugs, fragility and decay, which leaves the Romans dismayed.

25 October 2018: the policemen of the mobile squad of Rome and of the San Lorenzo police station stop two Senegalese, illegal in Italy: Mamadou Gara and Brian Minteh. The two are held responsible, together with two other wanted people, for group sexual violence, drug transfer and voluntary homicide. The other two arrests are triggered in the following hours: Alinno Chima, 47, and Yusef Salia end up in handcuffs. Meanwhile, the outlines of the story are beginning to be outlined. The 16-year-old allegedly remained unconscious for several hours before dying: the girl was given drugs on the 18th afternoon and was abused while she was unconscious.

November 13, 2018: The Review Court drops the murder charge for Alinno Chima: according to the judge, the man raped Desiree but would not give her the drug.

April 15, 2019: the murder charge returns for Chima. For the Nigerian, the new precautionary measure comes after the results of the DNA test carried out on the body of the 16-year-old and on a series of findings. The man’s DNA was found on a bottle of methadone and on a straw also used by Desiree to smoke crack.

June 21, 2019: the Rome Public Prosecutor’s Office closes the investigations, conducted by the agents of the Mobile Squad and coordinated by the deputy prosecutor Maria Monteleone and the prosecutor Stefano Pizza. Alinno Chima, Mamadou Gara, known as Paco, the Ghanaian Yusef Salia and the 43-year-old Senegalese Brian Minthe are accused of complicity in voluntary murder, group sexual violence and the transfer and administration of drugs to a minor.

8 October 2019: at the preliminary hearing, the civil action of the Municipality of Rome, the Lazio Region, Telefono Rosa and the associations ‘Together with Marianna’ and ‘Dont’t worry- We can Onlus’ form a civil party. In an evidentiary incident, a witness reports that the defendants prevented them from calling for help to help the girl. The witness, who was inside the building in via dei Lucani, was called to confirm with an unrepeatable preliminary deed what had already been said in the course of the investigations to investigators and investigators, namely that he wanted to call the ambulance but was prevented by the suspects.

October 21, 2019: just over a year after the death of the 16-year-old, the gup of Rome Clementina Forleo sends the 4 African citizens to trial: according to the accusation they abused the girl in turn after making her take a mix of drugs that caused her resulted in death.

4 December 2019: the trial for the murder of Desiree Mariottini opens. In the courtroom, Yusef Salia takes the floor: “I am not responsible for the death of this girl, I ask forgiveness and forgiveness from the mother and family and respect their pain” he says announcing to withdraw the complaint filed against the parents of the 16-year-old for failure to supervise the young .

January 15, 2020: the Third Court of Assizes decides to continue the trial that takes place in the Rebibbia bunker classroom behind closed doors: a choice linked to the minor age of the victim and the type of crimes charged to the accused.

January 27, 2020: the Supreme Court confirms the prison for Alinno Chima, also in light of “the results of the technical investigations on biological samples” from which the “evidence of the administration of drugs to the victim by the suspect emerged, especially as regards methadone, the overdose of which was identified by the consultants as the probable cause of the girl’s death “. In the courtroom, meanwhile, Gianluca Zuncheddu, Desiree’s father, speaks: “I tried to save her but I couldn’t do anything,” he says in tears.

November 14, 2020: from the Rebibbia bunker room, the trial moves to the crime scene, with an inspection by prosecutors and lawyers, which lasted over two hours, in the abandoned building in via dei Lucani, where Desiree died. In turn, wearing a mask and gloves for the anti-contagion rules, prosecutors, judges, civil party lawyers, defenses and the agents of the State Police who have handled the investigations visit the interior of the building, under seizure for two years, to observe the places where the facts occurred and be able to compare them with what was declared by the witnesses.

December 14, 2020: the deputy prosecutor Maria Monteleone and the prosecutor Stefano Pizza ask for life imprisonment for all four defendants with daytime solitary confinement for one year. The acquittal for Gara was requested only from the charges of drug transfer and induction into prostitution. Thus we arrive at the sentence pronounced this evening.