Deschamps clarifies the position of the Mbappe and Jiro crisis! 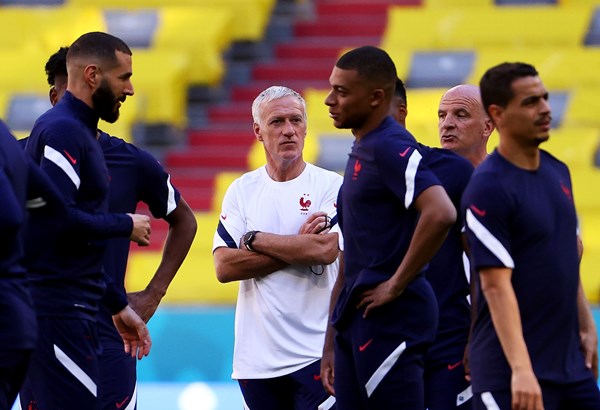 France coach Didier Deschamps confirmed today that he had held talks with Kylian Mbappe and Olivier Giroud after a dispute between them recently.

Giroud raised some controversy after scoring two goals against Bulgaria during the friendly match that ended in a 3-0 victory for the “Roosters” last Tuesday, through statements in which he referred to his suffering from not receiving passes to help him score goals.

Giroud did not refer to a specific player, but it is believed that his statements were directed at Kylian Mbappe, his partner in the French national team’s attack line, after the lack of understanding between the Chelsea striker and the Paris Saint-Germain star in several situations.

Giroud and Mbappe played side by side during 43 minutes of the Bulgaria match, but the cooperation between them was limited to only three passes.

During a press conference yesterday, “Sunday”, Mbappe said that he was a little affected by Giroud’s comments, but Deschamps confirmed that this incident is a thing of the past and that the French team is now fully focused on facing Germany tomorrow “Tuesday” at the Allianz Arena in Munich at the start of the two teams’ campaign in Euro 2020.

Deschamps told L’Equipe: “I spoke to them the same way I speak to other players.

He added: “When I feel I have to do it for certain reasons, I do it. Dialogue is part of management, but listening is also a good thing. These players play at very high levels and are easier to manage compared to players at lower levels. They have pride but also arrogance. I’m sure that was arrogance.

“They are competing and the balance has to be found,” he said. “We need space for everyone in the team.