Deripaska, who failed to get out of sanctions, predicted a default for the United States 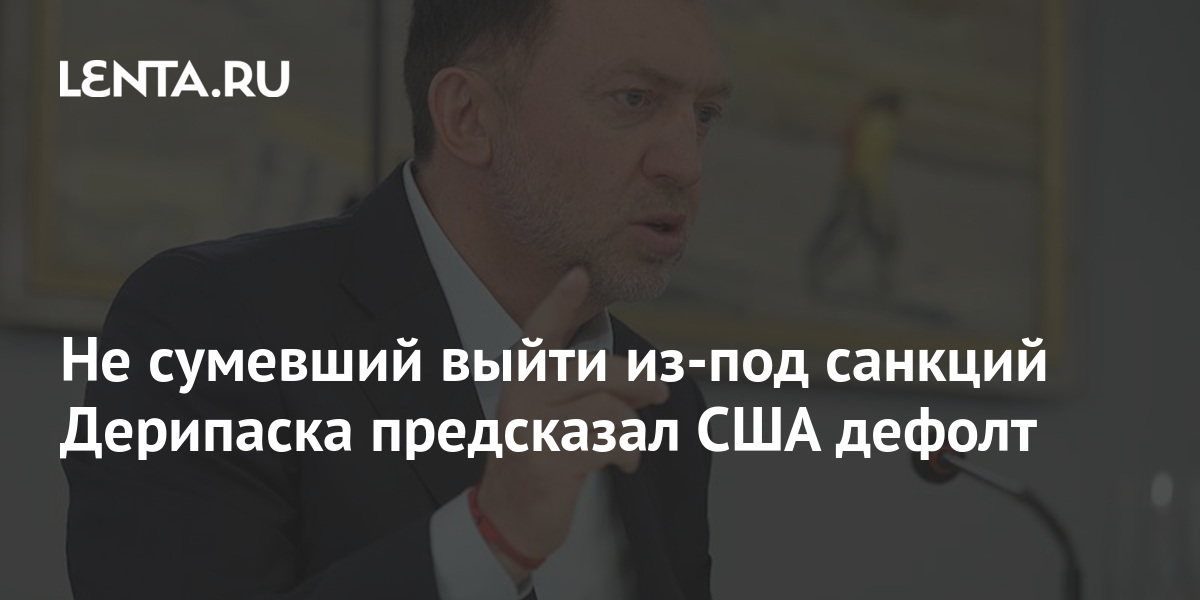 Russian billionaire Oleg Deripaska predicted that the dollar’s role in the global economy would continue to decline, with the US eventually facing default. In confirmation of his words, he referred to the Financial Times article on its Telegram channel.

“The role of the dollar is declining due to the sanctions, too! We will observe how America is moving towards default … ”, – he wrote. The businessman admitted that the dollar remains the main reserve currency of the world, but recalled that its popularity is falling.

The reference to the sanctions is due to the fact that Deripaska himself at the beginning of the week was unable to challenge the restrictive measures against himself. The court in the United States has consistently rejected all the arguments of the billionaire and closed the case. Thus, all sanctions remained in effect.

The businessman himself called the decision “predictably absurd” and said that he would continue to defend himself. The current verdict can be appealed to a higher court; most likely, the lawyers will prepare an appeal to the next instance.

Sanctions were imposed on Deripaska and eight of his assets in April 2018. In January 2019, the billionaire agreed with the US Treasury that the pressure on En +, Rusal and Eurosibenergo would end. However, the rest of the assets and the Russian businessman himself are still on the sanctions lists. Deripaska filed a lawsuit against the American department in March 2019. He claims to have lost more than $ 7 billion due to unfair measures.

Also the day before, on June 17, Deripaska called on the Russian Central Bank to more actively look towards digital currencies as a means of payment. He cited the example of El Salvador, which officially recognized bitcoin, and stressed that in the current world, the importance of alternative settlement instruments is extremely obvious due to the danger of sanctions.