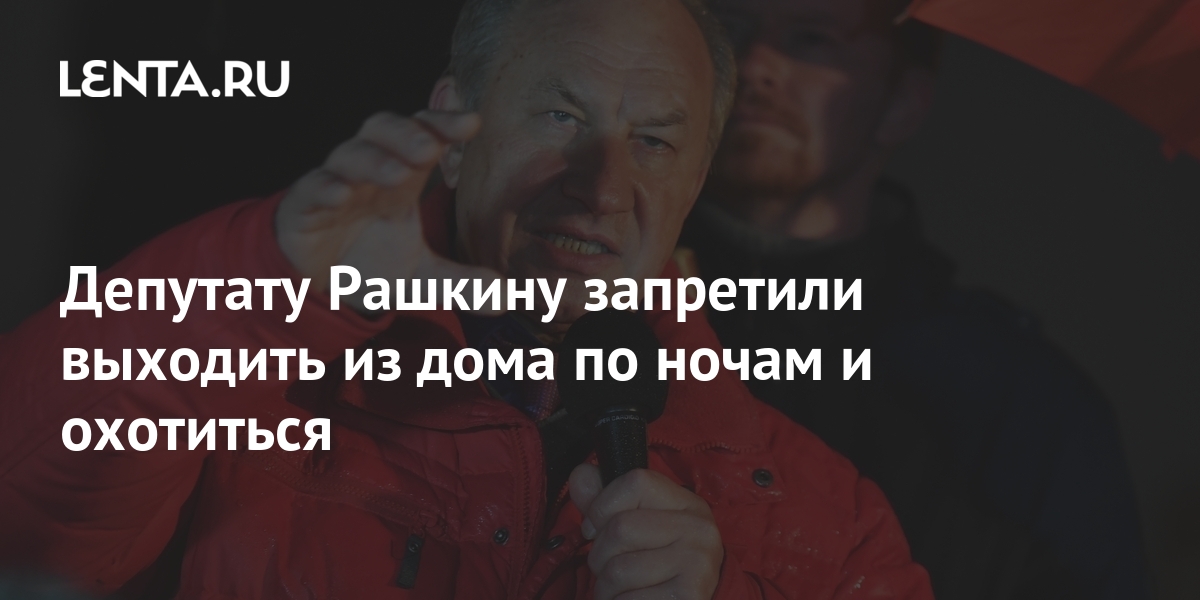 The Basmanny court banned the State Duma deputy from the Communist Party of the Russian Federation Valery Rashkin, who is suspected of killing an elk in an illegal hunt, to hunt, communicate with witnesses and leave the house at night. It is reported by RIA News…

The court granted the investigator’s petition to choose a preventive measure in the form of a ban on certain actions. The parliamentarian will not be able to leave his home between 23:00 and 07:00 until February 13th.

The deputy pleaded not guilty

Rashkin’s lawyer, Konstantin Lazarev, said that the investigation’s petition and the court’s decision were groundless. His client does not admit his guilt and insists that he was not aware of the crime of his actions. The lawyer promised that the defense would appeal against the injunction.

Rashkin himself noted that he is ready to testify anywhere, at any time, “so to speak, on call.” He also assured that he would continue to engage in legislative activity, complaining that the imposed restrictions would complicate his work.

In the event of a conviction under article 258 of the Criminal Code of the Russian Federation (“Illegal hunting”), Rashkin faces a fine or a suspended sentence, Aleksey Dobrynin, managing partner of the St. Petersburg office of the Pen & Paper bar association, told Lente.ru. He noted that since the parliamentarian deprived of parliamentary immunity is being brought to justice for the first time, the punishment in the form of imprisonment will most likely not follow.

At the same time, the lawyer noted that 12 out of 934 people convicted under this article over the past three years received real sentences. The maximum punishment under article 258 of the Criminal Code of the Russian Federation is imprisonment for up to five years.

The secretary of the Central Committee of the Communist Party of the Russian Federation, Alexander Yushchenko, said that the criminal case against Rashkin “is not worth a damn,” and the politician himself deserves only a fine.

See also  There was an excess of the STF and it is up to me to undo this injustice, says Bolsonaro about pardoning Silveira - ISTOÉ DINHEIRO

We see this not as a criminal case against Rashkin, but pressure on the party, which showed good results in the elections, which supports the people, and which accumulates all the protest that excites the whole country.

Alexander Yushchenkosecretary of the Central Committee of the Communist Party

Yushchenko also noted that the Rashkin case is “a political process that is colored by the darkness of the forest and all sorts of animal interpretations.” He promised that the Communist Party of the Russian Federation will continue to defend its member.

Party leader Gennady Zyuganov, in turn, noted that Rashkin “did a bad thing” when he publicly lied about not killing a moose. At the same time, speaking about depriving Rashkin of immunity, he said that “I have not seen such filth for a long time!”

The deputy himself said earlier that he was hunting in the forest illegally. According to him, he did not check if there are hunting permits. In addition, Rashkin pleaded morally guilty in this situation.

The deputy from the Communist Party of the Russian Federation confessed to killing an elk, the carcass of which was found by police officers in his car. In a video message, he spoke about the incident that took place on the night of October 29.