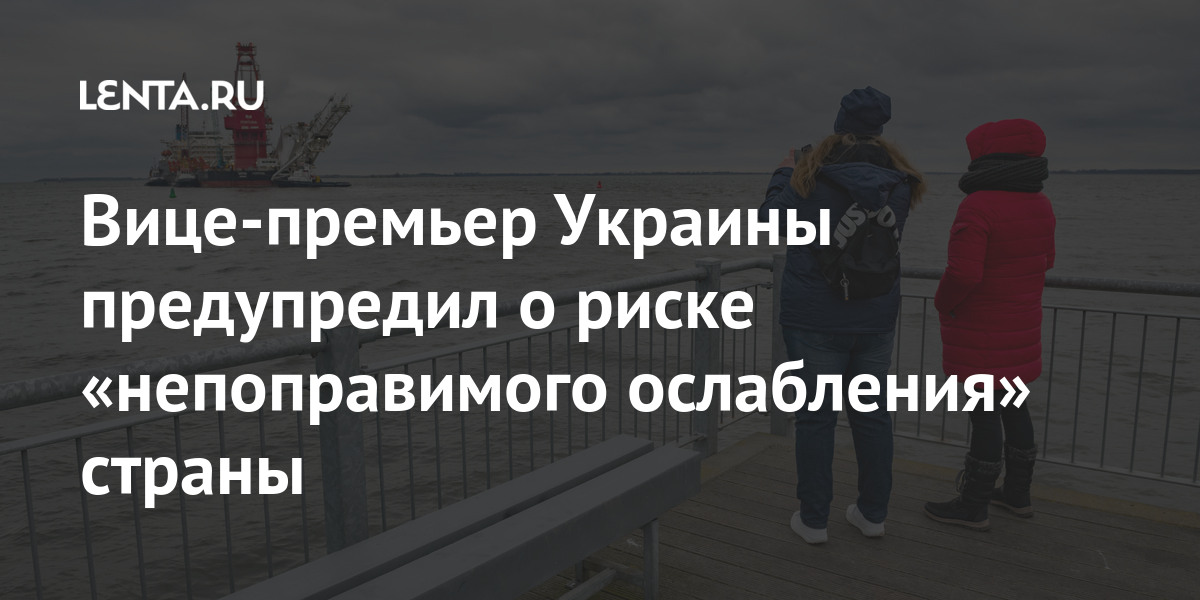 The commissioning of the Nord Stream 2 gas pipeline will lead to the fact that Ukraine will be “irreparably weakened”. Deputy Prime Minister Alexei Reznikov wrote about this in his article for The Wall Street Journal.

He pointed out that the Nord Stream 1 and Turkish Stream pipelines have already been commissioned, and as soon as Moscow has a new direct gas pipeline to Germany, Kiev will be disconnected from Western Europe in terms of energy security. Russia will no longer have to take into account that most of the Russian gas enters Europe through Ukraine, which, in addition, will lose billions of dollars in transit revenues.

On April 8, Ukrainian Ambassador to Germany Andriy Melnyk called on Berlin to completely break off relations with Moscow in the event of intensified hostilities in Donbass. He also suggested that Germany immediately take an urgent package of measures against Russia in the event of “expansion of aggression”: completely suspend economic ties and trade, prohibit the import of Russian coal and oil, block the construction of the Nord Stream-2 gas pipeline, freeze all state assets of the “country- aggressor ”, initiate an international boycott and isolation and toughen the existing sanctions.

On April 7, it became known about the appointment of a special representative for “Nord Stream-2” in the United States. The publication Politico explained that the official will be responsible for negotiations to end the construction of the gas pipeline. The position – so far unofficially – was offered to the ex-US special envoy for international energy issues Amos Hochstein.

Lanz grilled Laschet after Merkel's criticism - now Anne Will interferes: "I would like to correct one thing"

St. Petersburg refused from foreign volunteers at the European Championship in football