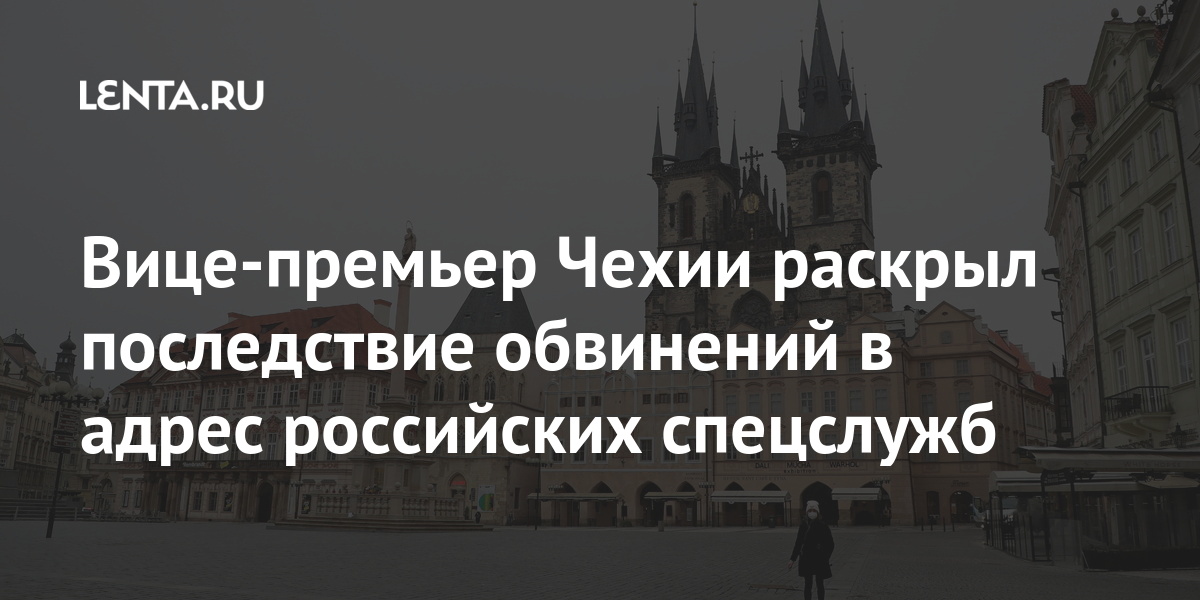 Deputy Prime Minister of the Czech Republic Karel Havlicek revealed the consequences of accusations by the Russian special services of involvement in the explosion at an ammunition depot in Vrbetica in 2014. This is reported by the Novinky edition.

The head of the Ministry of Industry and Trade said that these events may affect the participation of the Russian state corporation Rosatom in the tender for the construction of a new power unit at the Dukovany NPP. According to him, this is very serious information, and any such action, if confirmed, should have its consequences.

Earlier, the former chief of the Czech General Staff, Major General Jiri Shedivy, compared the accusations against the Russian special services to a military attack. Shedivy noted that such actions on the part of Russia could be equated with a violation of the sovereignty of the Czech Republic or practically an attack on its territory.

The Czech Republic announced the expulsion of 18 Russian diplomats from the country earlier on April 17. They are suspected of working for the Russian special services, which are allegedly involved in an explosion at an ammunition depot in Vrbetica on October 16, 2014. Then, supposedly, ten thousand kilograms of ammunition, including medium-range missiles, exploded. As a result, two people died. The cause of the explosion remained unknown; according to one version, it happened due to the negligence of the workers.

Later, the official representative of the Russian Foreign Ministry, Maria Zakharova, reacted to the expulsion of Russian diplomats. She stated that “Prague is well aware of what will follow such tricks.”

Editorial The mother does not have to strive for perfection