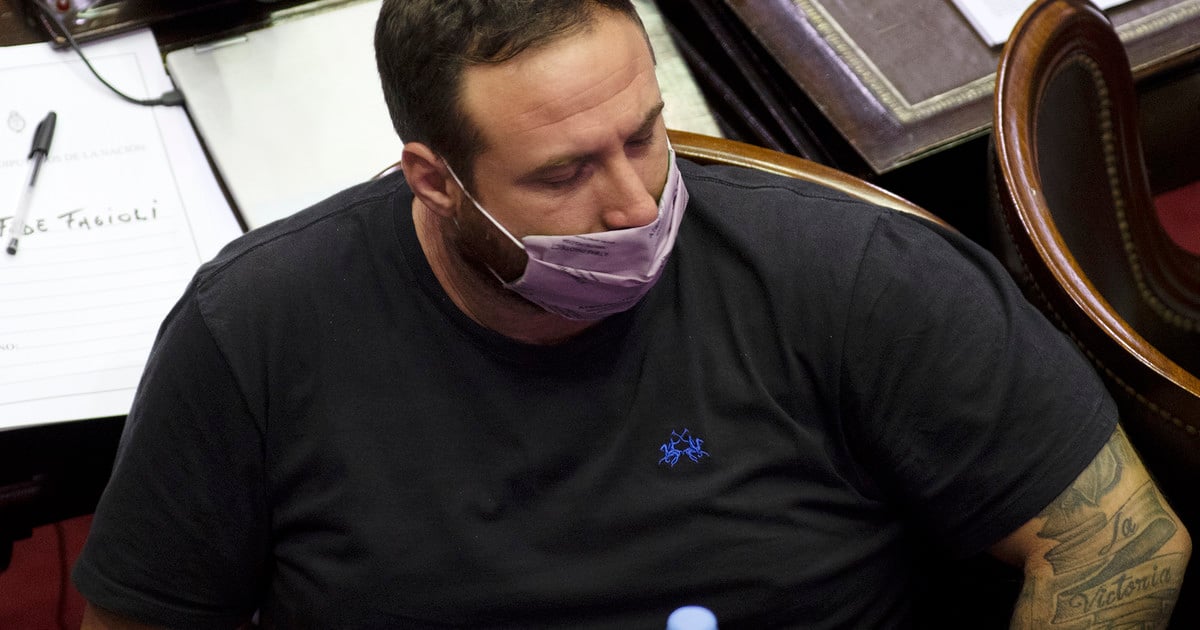 The deputy of the Frente de Todos Federico Fagioli did not deny this Saturday the content of the wiretaps in which he speaks of an alleged plot against the president of Colombia Iván Luque but said that it was “an illegitimate act as is the spread of illegal wiretapping that gives an account of the type of actions of the Duque government ”.

Fagioli joined Juan Grabois – who was not allowed to enter Colombia – and the son of Adolfo Pérez Esquivel, Leonardo, an international mission to Colombia where he met with leaders of the protest movement. In those listens, he said that “Get that old man out” by Luque. Now he is being investigated by the Colombian government.

Until now, the president of the Frente de Todos bloc, Máximo Kirchner, nor the government they said nothing about Fagioli’s attitude in another country.

In his Twitter account he said today that “they speculate with press operations seeking to install a wrong version of eventsThey are not interested in the Colombian people or their suffering ”.

“At the service of interests contrary to the peoples, they misinform and decontextualize the facts that happen in a country that has been working for peace for years. We regret that there is no real interest in reporting on a devastated country that has been in a National Strike for more than 30 days, “he added.

The deputy of the Frente Patria Grande said that “In Colombia there are legitimate claims of a people mired in a deep socioeconomic crisis generated by ppoliticians that have been defeated at the polls in Argentina and Bolivia. Also rejected in Chile. First in the streets and then at the polls ”.

“It is impossible to build an external enemy to justify the crisis, ”he added to the assumption that the Colombian government wants to use it to denounce interference in its internal affairs by a deputy of the ruling party of Argentina.

“We watch over Democracy, for the reconstruction of the institutions that ensure it and the well-being of the entire Great Homeland, with which they dreamed and for which so many colleagues worked ”, he assured.

In addition, from the Frente Patria Grande, the Kirchner he is a member of the Nuestraamérica Popular Movement.

For his part, Leonardo Pérez Esquivel, son of the Nobel Peace Prize, launched a series of tuis in the tone of “the good people of Cali kill with 9mm. Good people from Bogotá kill with 4X4 ”.

Before the trip at the end of last month, social, union, human rights and political organizations in Argentina expressed their support for the protests taking place in Colombia.

Summoned by the International Solidarity with the Colombian People network, leaders of various organizations and referents of Colombian groups gave a press conference at the Buenos Aires headquarters of the Service of Peace and Justice (Serpaj) to announce the formation of a multidisciplinary Latin American solidarity delegation.

Grabois; Ismael Jalil, from the Coordinator against Police and Institutional Repression (Correpi); the national deputy Juan Fagioli (FdT); Pablo Pimentel, from APDH-La Matanza; and Marianela Navarro, from the Front of Organizations in Struggle (FOL) were some of the speakers.

All were behind a desk covered with the tricolor flag but inverted, an initiative that for days has populated social networks as a symbol of a request for help.

Grabois, in turn, explained that the leaders who travel will go to “put on their bodies, just like any young Colombian fighter” and announced that the Argentine government will be asked to “guarantee security conditions speaking diplomatically through the channels that correspond to the Government of (President Iván) Duque. “The Colombian government prohibited the entry of Grabois and Foreign Minister Felipe Solá came out to defend him.

Fagioli stressed the “importance of the peoples putting their bodies together to carry out the struggles and make them visible” and considered Duque’s process of violence “disastrous.”

The meeting was also attended by Kevin Poveda, from the Congress of the Peoples-Colombia; Laura Capote, from the Patriotic March; and the Secretary of Human Rights of the CGT-Colombia, Humberto Correa.

The campaign included a march this afternoon to the headquarters of the Colombian consulate in Buenos Aires, and a series of screenings at the Obelisk, and continued with a festival in the Plaza de los Dos Congresos, called by the Argentine Chapter of the Patriotic March.