Deportivo and Castilla put their candidacies to the test 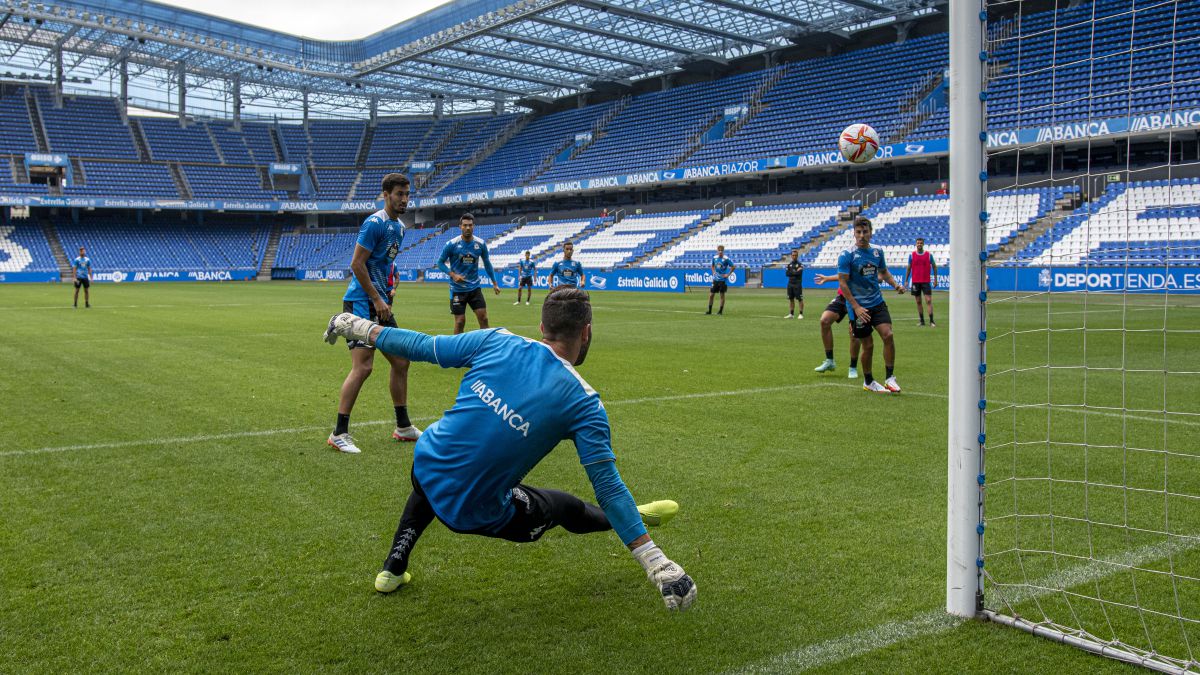 While LaLiga fumes in its first competition weekend, the First RFEF teams continue to refine their pieces for its premiere in fifteen days. The most attractive friendly this Sunday will be played in Riazor (7:00 p.m.). Deportivo and Castilla, two of the candidates for promotion to Second and who will serve in different groups, will cross arms to continue with their fine-tuning. Both teams arrive with good feelings from their last friendlies (Ponferradina and Cultural) with the challenge of rounding off that improvement with a victory. Coruñeses (Bergantiños and Ponferradina) have two consecutive defeats while Raúl’s men still do not know what it is to win this summer after losing three games by the minimum (Leganés, Fuenlabrada and Xerez DFC) and adding a draw (Cultural).

The responsibility, for that of playing at home, will fall on a Depor with significant absences. The injured Pablo Brea, Valín, Benito and Elitim will not be there. Neither Keko Gontán, with back problems, nor the recently signed Doncel. Two absences that leave William de Camargo as the only pure winger, which limits Borja Jiménez’s tactical resources. They join two discards with message. Celso Borges, who does not count for the season due to his high salary, and the youth squad Gandoy. Last week they both ran out of minutes at Teresa Herrera and now, out of a list of only 19 players.

Castilla, for its part, begins to take cruising speed in its preseason. Although he will still travel with several youths in the squad, Raúl is joining his team as he gradually recovers the players who began work with the first team. Thursday, against Cultural Leonesa, Marvin and Arribas have already played, who came from having minutes under Ancelotti’s orders last Sunday against Milan. Fuidias (who also played against the Leonese), Miguel Gutiérrez and Blanco traveled to Vitoria with the expedition of 21 footballers that the Italian summoned to visit Alavés.

The duel between Coruña and Madrid, which It can be followed live on Real Madrid TV and Depor’s YouTube channel, will also have an audience in the stands of Riazor. Specifically 5,000 spectators, the maximum capacity decreed by the Xunta. Of course, only Deportivo members can attend (prior reservation), since the number of subscribers doubles the allowed capacity. And is that yesterday Saturday the A Coruña club surpassed the 10,000 subscriber barrier, an important figure two weeks before the start of the league. Before that, Deportivo will face Pontevedra on Saturday, August 21, while Castilla will play two more friendlies against two First RFEF rivals: Badajoz and Bilbao Athletic.