Depor recovers the lead against Numancia and boosts 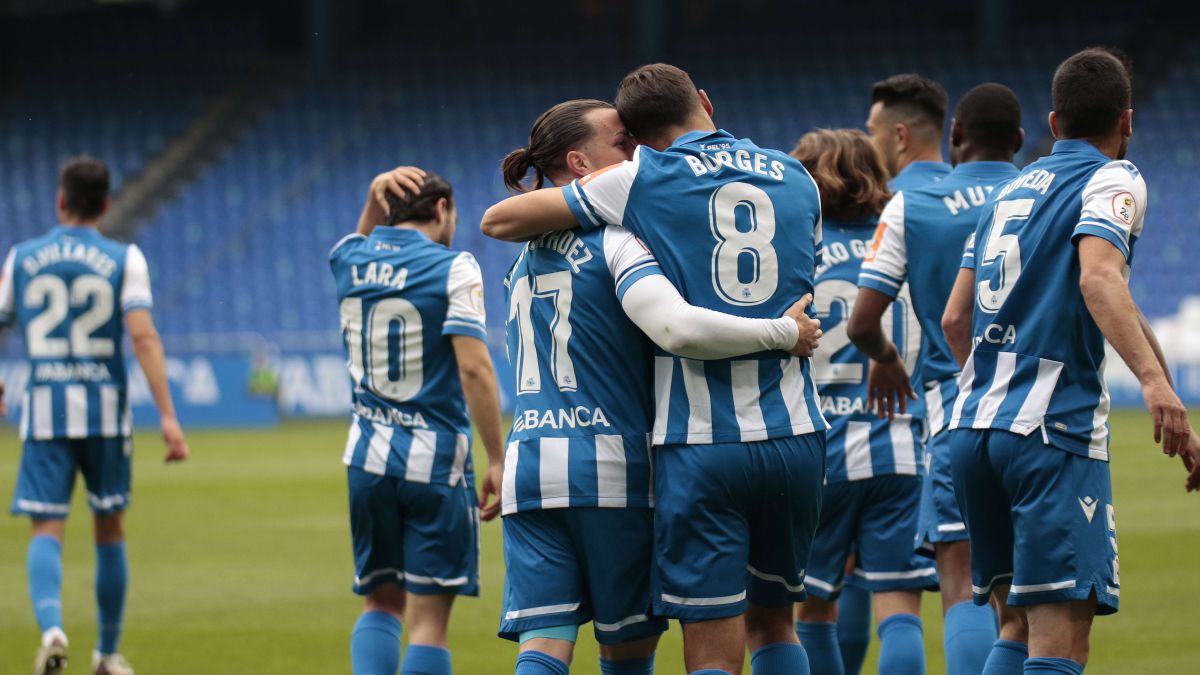 Deportivo and Numancia were reunited with the leader of the group at stake and the breath of Racing de Ferrol on the neck. And what It was seen was a match from power to power that ended up falling on the blue and white side for an absurd penalty, by a hand without intention or danger, but that existed. The victory cemented the leadership of the Coruña, who now have a cushion of four points with only nine to be disputed. Important triumph that eliminates the doubts that had arisen after the defeat in Langreo and that brings the Coruña to the First RFEF with Riazor as the best asset: five consecutive victories. For Numancia, who finished the game with ten and Ximo Miralles injured, it is a brake after three consecutive victories that now place them two points from the goal set by second-placed Racing de Ferrol.

The initial bet of both technicians presented small news. Celso Borges and Lara on the local side, Aguirre and Manzanada on the visiting side. Nuances aside, both teams came out without complexes, without speculation, for three points that were gold. Visitor warnings to set pieces, shot with poison from the front of Villares. Y Deportivo gave the first blow in the 23rd minute with an unexpected bill: strategy. Opening corner, three touches to the final center so that Borges nodded, remembering that he has not forgotten his facet as a arrived. First goal of the season for the Tico, first goal of the Coruña in this league from set pieces. Personal happiness, joy for the collective in a good choral staging of the Blue and Whites. The goal did not daunt the Sorians, who gradually recovered and brushed the tie shortly after with a cross shot from the incisor Asier Benito. The occasion launched Numancia towards a draw in the final stretch due to their conviction and due to several losses by the Coruña in unforgivable horizontal passes in the middle, but without damage..

I do not change the hunger at the start of the second half. That of the locals, for putting the finishing touches to the work; that of the visitors, to equalize the game. And the one that had a prize was Numancia, which in the umpteenth lateral center he found the head of the matador Asier Benito between Granero and Héctor to tie in the duel in minute 54. Equality also moved to the field, in a phase of intensity in the disputes and less lights in the construction with Keko and Aguirre as the main daggers of each team. And the next great event came in the 70th minute, in a hand from Lillo after a teammate cleared for an absurd penalty. Miku, from eleven meters, did not forgive. Later, an error in the exit of the ball by the Sorians ended in a foul on the edge of the area and Red for Borja López when the foul was from Contán. One less and just over ten minutes ahead. Will from Soria, but that came to disturb a Depor who did not know how to sleep the game despite the numerical superiority, but who did not miss his second advantage.

Caracol TV signal LIVE La Reina del Flow 2: at what time and how to see the premiere of chapter 1 in Colombia