Depor begins its countdown against Compostela 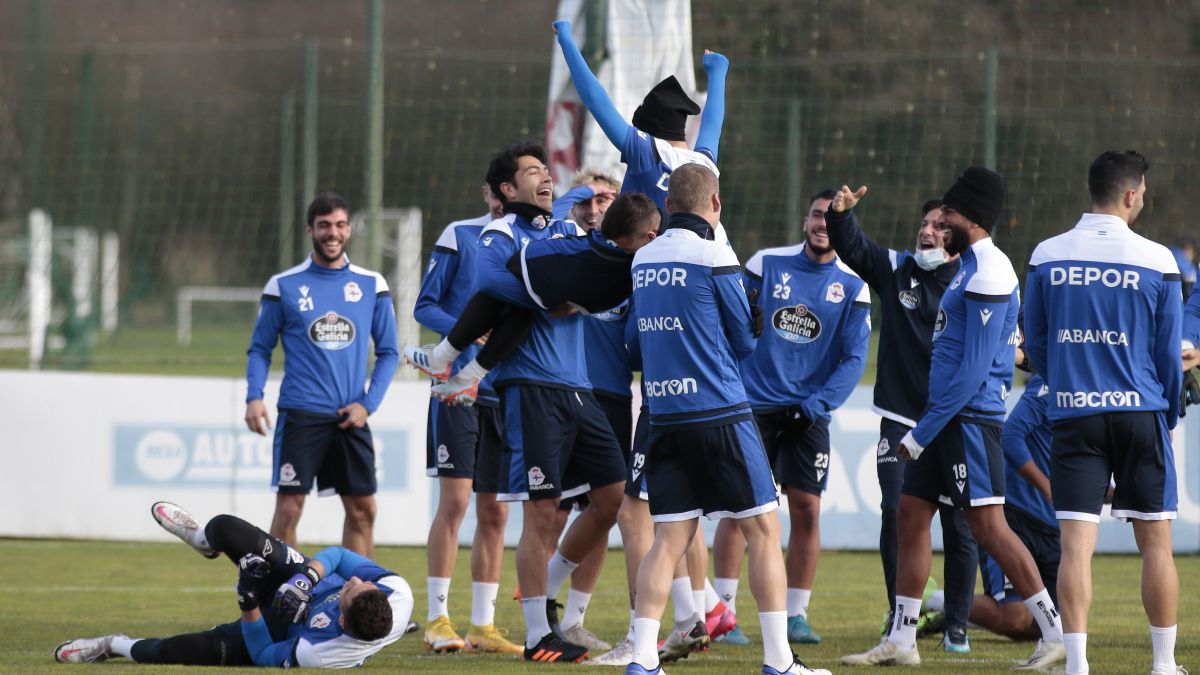 There are eight league games left and Deportivo have already used up almost all of their wild cards. Four games without winning, two points from the last twelve and the team third to five from the leader. Thus, the Blue and Whites begin their particular countdown this afternoon against Compostela to recover the lost path before the clock stops. With this panorama, Rubén de la Barrera opens in Riazor. His mission will be to get a team that looks like the first twenty minutes of Salamanca and not the other 70 ‘. After his hasty arrival after the dismissal of Fernando Vázquez, the coach from A Coruña has had one more week of work to try to make his proposal evolve quickly. Starting from behind, possession of the ball, aggressive pressure and trying to play in the opposite field so that Depor can do what it has not achieved this season: govern the games.

Ahead is waiting for a Compostela who also likes the ball and who, moreover, is used to getting it. Good proof of this was the first round match at Vero Boquete (0-0), in which he dominated the Coruña and played what he wanted. It was the first serious warning to Deportivo that returning to Second was not going to be a simple matter of fact. Those of Yago Iglesias have fewer points than good feelings and arrive at Riazor after falling in Salamanca (3-0). Thus, They face the derby without giving up anything because they are closer to getting into difficulties than to being able to look up, which would have enormous merit being a newly promoted with almost no economic resources to strengthen himself. His problem today is the loss of Primo, his starting striker. Brais, a regular companion of a Bug who returns to what was his home, could advance his position and play at the top.

On the herculine side there is also news from the infirmary. The positive is the recovery of Bóveda, Miku, Beauvue and, above all, Diego Rolan. The Uruguayan top scorer will return to the eleven in which Beauvue can also enter in place of Adri Castro. The bad news is that the return of Uche Agbo will have to keep waiting after getting injured last Thursday. Without the Nigerian’s baton in the middle, De la Barrera will qualify his usual system (4-3-3) and could bet on a 4-2-3-1. The reinforcements up front will be more than welcome for a team with major goal problems, almost inversely proportional to the payroll that is spent on their forwards. The entry of Derik on the right side will be the other novelty in a Deportivo that wants to straighten the course from Riazor again. First with the derby this afternoon against Compostela and in a week with the visit of the Unionist leader.

Australian Open: the Karatsev case and that desired click that comes when no one expects it