Denmark renamed Belarus because of Russia 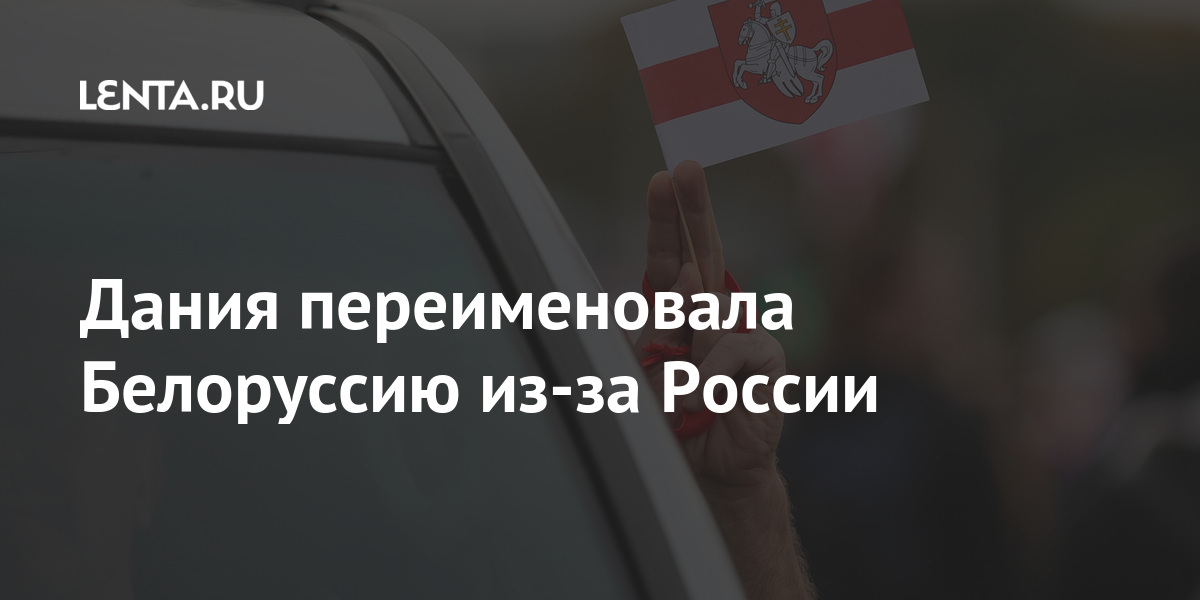 The Danish Foreign Ministry decided to use the name Belarus (“Belarus”) in official appeals to Belarus. The Minister of Foreign Affairs of the Kingdom, Eppe Kufud, spoke about the renaming of the country in his Twitter…

Previously, the country used the name Hviderusland (“White Russia”). “It’s time for us to use the term demanded by the Belarusian civil society and people,” the diplomat wrote.

In the summer of 2020, the name Belarus was also used in Germany. This was explained by the fact that because of the old name – Weißrussland – there were associations with Russia. The new name should reflect Berlin’s position on the sovereignty of Belarus, as well as become a sign of support for the protest movement.

In Belarus, protests against the current leadership of the country, as well as against violence from the security forces, have continued since August. The symbol of the protests was a white-red-white flag, during the demonstrations people shouted “Long live, Belarus!” (“Long live Belarus!”) Or “Veram! We can! We will overcome “(” We believe! We can! We will win! “). President of the Republic Alexander Lukashenko has repeatedly stated that the OMON acted correctly, and denied numerous reports of torture of prisoners in police stations and isolation wards. According to him, the security forces detained the outcasts and drunken “urks” who were injured while trying to attack the policemen.

Against the backdrop of protests, the European Union approved sanctions against Belarus in connection with the “ongoing repression of civil society.” To date, 88 individuals and seven enterprises have been included in the sanctions list.