Denmark, poker for Eriksen: he is in the second round with Wales. Disaster Russia, it’s out 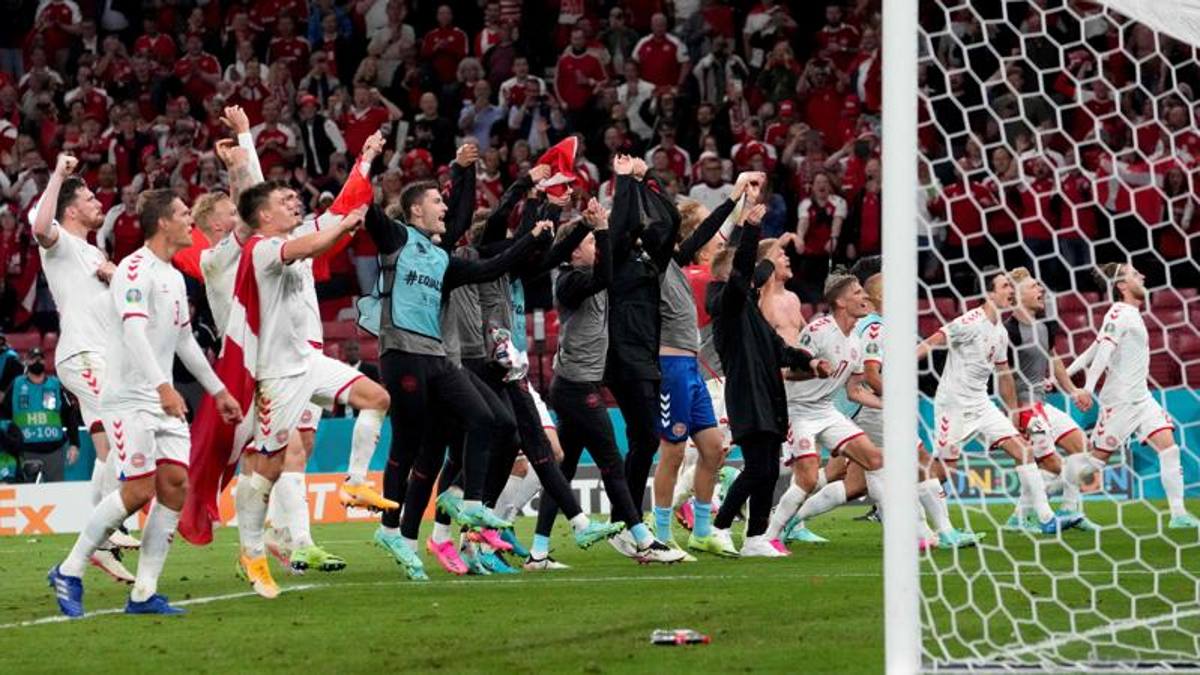 The Danes won 4-1 with goals from Damsgaard, Poulsen, Christensen and Maehle, thus snatching the pass thanks to the goal difference in the head-to-head matches. Of Dzyuba the useless net of the Russians on penalty

Denmark is celebrating with a great deal of poker against Russia. The eleven of Hjulmand first greets Eriksen with the choruses of the 25 thousand present at the Parken in Copenhagen, then grinds the opponent waiting to release the shout of joy thanks to the simultaneous success of Belgium, which gives the Danes the second place in the group B. Opens the Damsgaard dances with a masterpiece goal, then Denmark takes off between 59 ‘and 82’ with the seals of Poulsen, Christensen and Maehle. The penalty scored by Dzyuba was useless for a Russia condemned by the goal difference in head-to-head matches, just like Finland. Russia last in the group and out of the European Championship.

Cherchesov confirms the group that bent Finland by only shoring up the defense, where Fernandes is seen recovered in record time. Confirmed in front of the pair Miranchuk-Golovin assisted by Dzyuba. Small changes in defense also for Hjulmand, who launches Vestergaard from the first minute in a usual department led by Kjaer. The Danish attack, on the other hand, remains the one composed by the Sampdoria Damsgaard, Braithwaite and Poulsen. The Danes know that Russia suffers from high rhythms and take the opportunity to crush the opponent in the last 20 meters, placing themselves in the Russian half for the entire first quarter of an hour. Yet the first thrill is given by Russia, thanks to an overwhelming solo by Golovin at 18 ‘solved by a low kick from Schmeichel. It is only a flash in the pan, because, despite Dzyuba forcing the extraordinary Kjaer and Vestergaard, the central advances of Hojbjerg and the thrust of Maehle on the left return to crush Russia, threatened in the half hour by a violent blow from the distance of Hojbjerg and punished at the 38 ‘from a jewel of the Sampdoria Damsgaard. The young Sampdoria talent receives centrally from Hojbjerg (still him!), Quickly checks and finds enough space to explode a right foot from the poisonous parabola that leaves Safonov stunned.

The disadvantage would force Russia to change gear or strategy, but the pattern remains predictable: long ball for Dzyuba to act as a bank for Golovin and Miranchuk (almost never arrived). All too predictable to scratch the attentive Danish defense. And if we also miss the gaffe, like the one with which Zobnin gives the ball to Poulsen on an unfortunate back pass, then it becomes useless for the Russians. For the Leipzig striker it is child’s play to support goal in the 59th minute courtesy of the opponent’s central. Russia feels the blow against a Denmark that plays on velvet and wastes the opportunity to take off several times, especially with Braithwaite and with the new entry Dolberg. On the Parken in Copenhagen the frost suddenly falls in the 69th minute, when the referee Turpin concedes a generous penalty to the Russians for a foul by Vestergaard on Sobolev: Dzyuba shortens the distance from eleven meters and reopens the games. But Denmark have the nerve to run for cover and, when news of the Belgian goal against Finland arrives from St. Petersburg, they even find new life to knock out the opponent and close the game with a deadly one-two from Christensen (powerful right from 20 meters) and Maehle (left at the edge of the pole) between 79 ‘and 82’. Denmark thus achieves a miraculous qualification after losing the first two challenges. Waiting for the Danes in the second round is Wales, challenge on the 26th in Amsterdam.