Denis Silva: Transferring the “Lamasia” style to the Emirates national team is not impossible 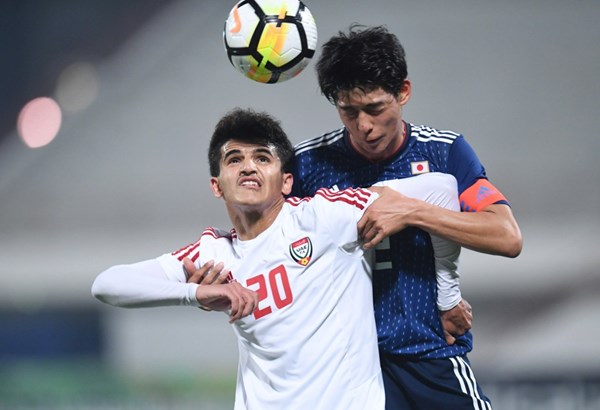 Moataz Al Shami (Dubai)
Spaniard Denis, the coach of “Olympic White”, officially started his career with the national team for a period of 3 days in Dubai, which will continue until tomorrow, and has witnessed the summoning of 28 players who form the nucleus of the “Olympic generation”, who will participate in the qualifiers for the Asian Cup 2022, which begins next October. It is the first official task for the coaches of the La Masia Academy, who were assigned by the National Teams Committee of the Football Association, to build the teams of the age groups for the future, and to unify the philosophy and training thought similar to the most famous international school in this field, “Barca”.
Denis Silva revealed that his ambition with the “Olympic White” had risen considerably, and represented his motivation to accept the offer of the Football Association, and to exit for the first time from the Barca Academy after his years there, until he became the director of the talent development project at the “La Masia” academy.
He said: I have received several offers to leave “Barca” to lead clubs and teams in the region, and now I have a passion for the Emirates national team to achieve new achievements and take on the different challenge in a suitable time, because my goal is to work in the teams and build for the future, especially with this generation of players, to get out of “Barca” is not easy, but I aspire to new achievements and always win, and this is the goal as a professional coach, and I will focus on improving the individual level of the players and reaching the highest possible level to achieve the dreams of the national team.
And about the way to implement the “Barca” system with the national teams, especially with regard to the rapid transfer of the ball, and the movement in the field to put pressure on the ball carrier, as happens in the La Masia academy, and how to transfer this to the Olympic team and also the youth led by his colleague in “Barca” Atergia, he said: There is nothing impossible, and it is possible to transfer the “Lamasia” training method to the teams here, and to perform with the same philosophy and concepts on which the “Barca generations” were raised there, but I certainly did not have the long time to get to know the level of the players, so we asked to start a short gathering to learn about the capabilities of Internationals are close to Olympic age, a prelude to other upcoming camps, and international experiences, to implement what we want on the ground, and as I said there is nothing impossible in football.
We know that playing in Europe differs from that in the Arab world, and here in the Gulf, but by working with the Olympic team players, and motivating them to provide the best, and planting the dream of the need to reach the European level, and the serious work required by that, and focus on convincing the players that they are capable of Reaching the external and international levels, and achieving the required, requires that the player be responsive to the vision of the technical staff, so we talk with the players on an ongoing basis, and we strive to find out their abilities all, so that they are accustomed to the required, especially with regard to playing fast soccer that is based on the distinctive move. Inside the stadium, and complete seriousness in dealing with training and matches, and as I said, it is not impossible with regard to reaching the same performance as “Barca” with the Olympic team, which is what the players must believe in.
With regard to coordination with the senior national team, specifically Van Marwijk, who will act as the supreme supervisor of the national team, he said: Of course, there is an integrated coordination with Van Marwijk for sure because he is the coach of the first team, because our goal is to unify the style and the way of playing, with what he wants is what serves the plans of «White» The great », by forming a strong generation to participate in continental and international competitions, and we set the plan that we were following in Barcelona for players under 18 and 21 years up to 23 years old, and its goal is to reach the strength with which the” white “plays, and when the player reaches the first team, he must have the mentality The necessity that helps him there, as the player is mentally, physically and technically formed to be fit for the first team, with the passage of time this plan will affect the future of the Emirati teams, and this plan is working on it, and there is coordination with Van Marwijk on how to help talents capable of catching up with the first team, Because it is important to qualify a number of young people to join the first team, with the aim of renewing the blood and pumping youth elements with experience, and this is the vision of the technical staff led by Marvik, which we agreed upon.

The good doctor season 4 episode 14 spanish latino online: what time and when the new episode premieres