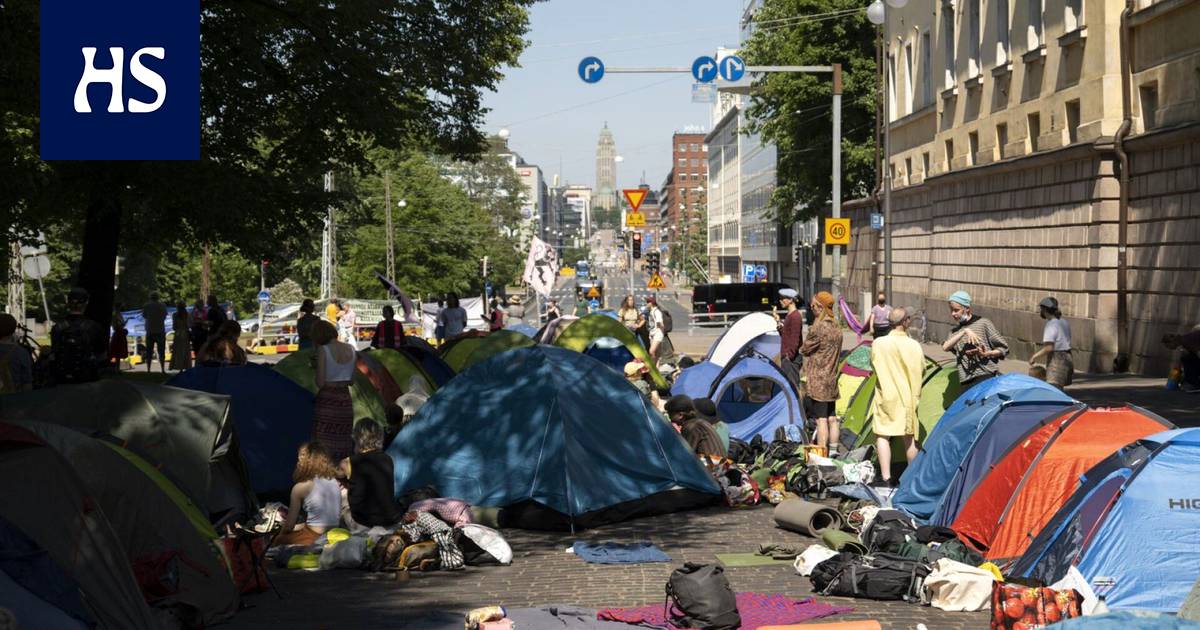 The demonstration is currently located on Unioninkatu.

Environmental movement The protest of the August Rebellion, which began on Thursday, will continue until next week. The movement talks about it on Twitter, where they are also calling for concrete action “towards the better”.

“To awaken you and our entire society, our rebellion will continue until next week,” Elokapina writes.

Initially, the protesters gathered on Mannerheimintie, where they cut off road traffic.

According to the police, the demonstrations on both Unioninkatu and Mannerheimintie went calmly.

Protesters in the August Rebellion spent the night on Mannerheimintie between Thursday and Friday. Silja Laitinen read a book at the end of the demonstration on the side of the Parliament House, Vilja Westerberg (right) had already gone to sleep. Behind Rauna Lilja. Picture: Ella Kiviniemi / HS