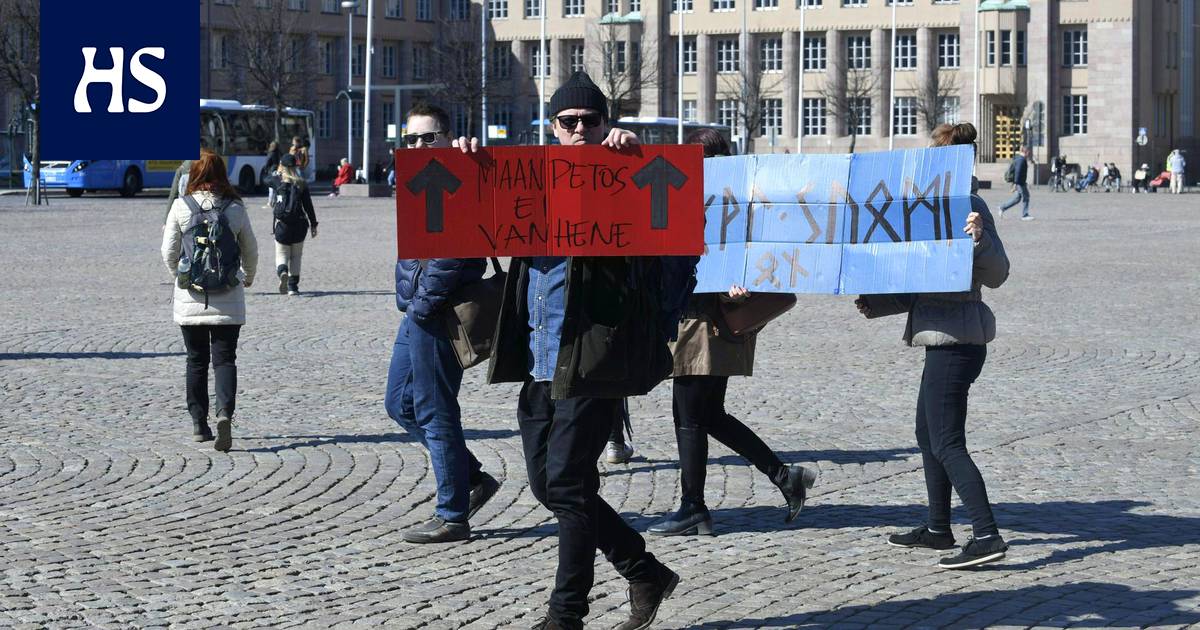 The arrests were made after police repeatedly ordered protesters to disperse.

In Helsinki a demonstration against anti-coronary restrictions was held on Sunday, which was not notified to the Helsinki police in advance, the police inform.

Not all protesters complied with police orders to disperse. Police arrested a total of 17 protesters. Of these, 14 receive a fine for stubbornness against the police and two for opposing the authorities.

The demonstrators gathered at Senate Square on Sunday at two o’clock in the afternoon and set off for the center. According to police, the purpose of the procession was to move past the Parliament House to Rautatientori. Current gathering restrictions prohibit gatherings of more than six people.

Police cars in the center of Helsinki on Sunday, April 18, 2021. Police closed the streets of a demonstration process against coronavirus activities.­Picture: Markku Ulander / Lehtikuva

Police ordered a group of protesters to disperse on Esplanadi, Aleksanterinkatu, Senate Square, Rautatientori and Kansalaistori. Some of the protesters did not follow orders, so police caught a total of 17 people.

There was also a pre-announced demonstration of six people at the railway square, which was secured by the police. Extra people from the procession gathered at the scene, so police stopped protesting and issued a dispersal order.

According to police estimates, about 200-300 people took part in the procession. The demonstration procession ended at about 4 p.m.

This is how the museum works, which considers it a “crime” to rush others and get impatient in a waiting room