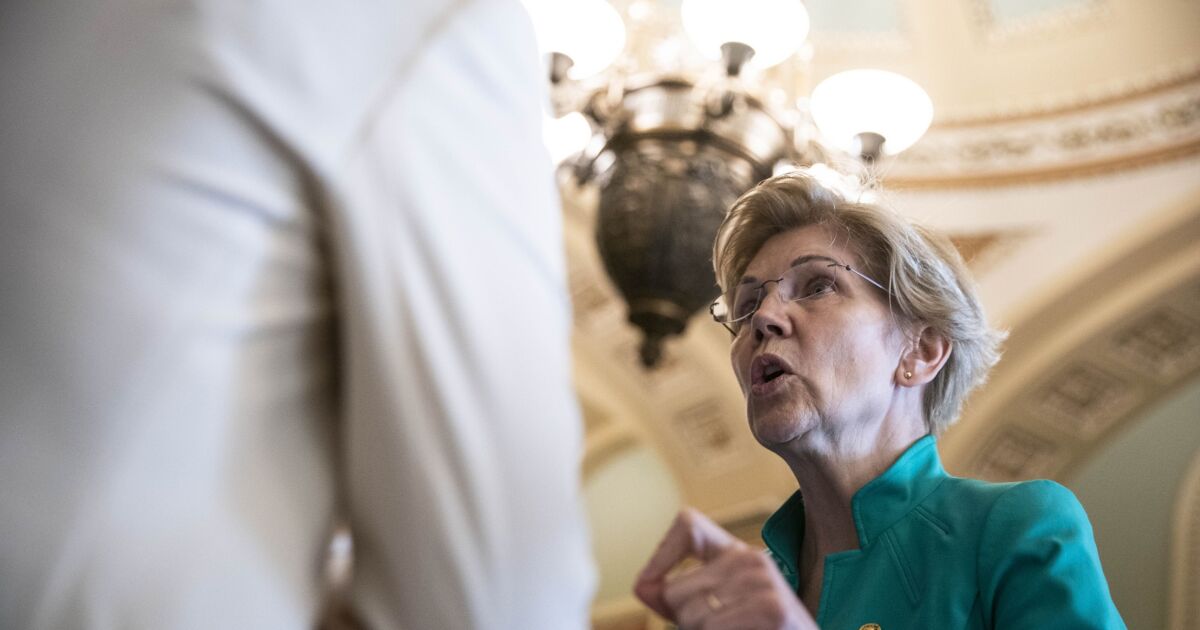 WASHINGTON – With Federal Reserve Chair Jerome Powell’s term slated to end in February, many in the nation’s capital are calling for him to be reappointed. But two key Democrats signed Thursday they may have reservations about prolonging his tenure.

“Strong financial regulation enables the Fed to be more aggressive and helping workers, and that should be your mission,” said Brown during the in-person hearing. “It’s time, Mr. Chair, respectfully, you change the way you think about regulating the biggest banks.”

Warren also grilled Powell on the Fed’s regulatory record during his tenure, pointing to changes made by regulators to the Volcker rule and big banks’ “living wills.”

“The Fed’s record over the past four years – I see one move after another to weaken regulation over Wall Street banks,” Warren said. “And that worries me.”

Powell has received bipartisan praise for steps the Fed took to limit the economic damage from the coronavirus pandemic, boosting his chances to receive a second term. But some progressive Democrats likely would prefer that President Joe Biden nominate a more reform-minded head of the central bank. Support from Brown and Warren could prove crucial for moving any nominee through the Banking Committee.

Brown said the Fed’s performance should be judged based on more than its monetary policy decisions.

“Stable prices and moderate long-term interest rates aren’t enough if every decade a financial crisis hits,” Brown said in his opening remarks. “You are charged with ensuring both financial stability and with overseeing the biggest banks. Both of these jobs are equally important. “

As he has in the past, Brown highlighted Powell’s support for regulatory reforms decried by Democrats that were spearheaded by Randall Quarles, the Fed’s vice chair for bank supervision, including changes to stress testing and capital requirements among the largest banks.

“Weakening financial safeguards doesn’t help working families. It just increases the risk of a financial crisis, wiping out everything they’ve worked so hard for, ”Brown said.

Powell responded by defending the Fed’s regulatory approach, particularly during the pandemic.

“The severity of the stress test has very much been maintained,” he said. “The effect of the stress capital buffer overall was to raise capital requirements for the largest firms, and they did manage to get through the recent pandemic, and acute phase of it, and the recovery, and did their jobs.”

Powell was also asked by several Democratic senators about the Fed’s efforts to reform the Community Reinvestment Act. While the Fed chair did not provide a clear timeline, he reported being “very much committed” to an eventual interagency rule.

“I’m optimistic that we’ll come out with something that has broad support among the community of intended beneficiaries and, by the way, also among the financials,” Powell said, adding later that regulators would “be making visible progress in the coming months. “

Meanwhile, Sens. Pat Toomey, R-Pa., The committee’s top Republican, and Cynthia Lummis, R-Wyo., Pressed Powell on comments the Fed chair made yesterday to the House Financial Services Committee, suggesting that one of the potential merits of a central bank digital currency would be eliminating the need for stablecoins and other crypto assets.

The remark apparently caught the ear of some Senate Republicans.

“During your testimony yesterday, I sensed – what I wasn’t sure but thought might be – a change in your tone about the virtues of a central bank digital currency being issued by the Fed,” Toomey said.

Powell responded by saying he was “legitimately undecided on whether the benefits outweigh the costs or vice versa” of the Fed developing a CBDC. He affirmed his belief that the central bank would prefer congressional authorization before embarking on the endeavor.

“We would want very broad support in society and in Congress, and ideally that would take the form of authorizing legislation, as opposed to a very careful reading of ambiguous law to support this,” Powell said.