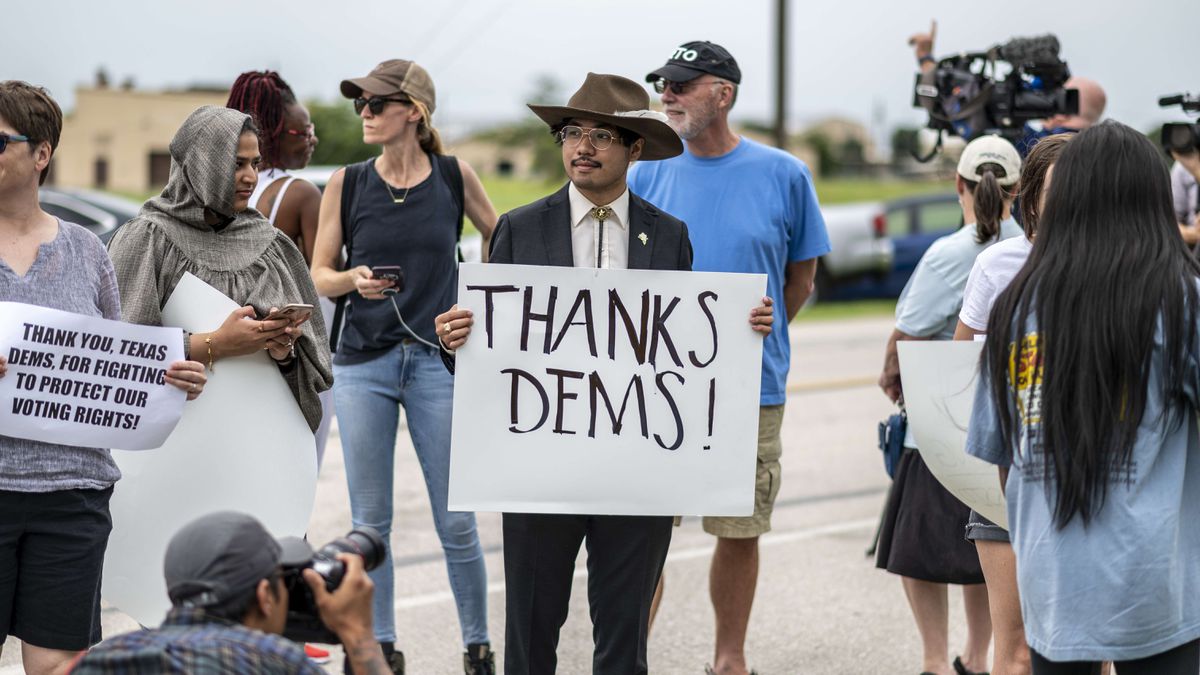 Most of the Democrats in the Texas Capitol left the state on Monday for the United States capital in rejection of the Republicans’ proposals regarding electoral laws, which they consider to be an assault on the right to vote. More than 50, out of the total of 67 Democrats in the Austin state House, departed mid-afternoon for Washington aboard two flights, with the ultimate intention of increasing pressure on President Joe Biden and Congress to act and pass what is known as the People’s Law and the John Lewis Voting Rights Act, “to protect Texans, and all Americans, from the national battle of Republican supporters of Donald Trump against democracy.”

With his departure, the Democrats deny having a quorum for the Republican majority to approve the bills regarding the vote. Asked by Reuters, Representative Alex Dominguez spoke with the agency by phone from the aircraft to confirm that “almost everyone” in the House of Representatives had left the state.

In Texas, blocking the legislative quorum requires not only abandoning the state capitol, you have to leave the state. If legislators were still in Texas, law enforcement, including the Rangers, could be deployed to bring them back to Congress for the vote.

There is already a precedent for a similar exodus. In 2003, Democratic politicians fled to New Mexico and Oklahoma to try to prevent the Republican majority from delineating new electoral district boundaries, in order to design them in their favor.

“Today, the Democrats of the Texas House of Representatives are united in our decision to break the quorum and refuse to allow the Republican-led legislature to impose dangerous legislation that will trample on the freedom to vote of Texans,” according to read in the statement sent by the Democratic leaders of the House.

Just a month ago, Democrats again denied a quorum to the Republican majority after a sit-in in the House of Representatives thwarted the first push to impose new voting restrictions in Texas, including banning new 24-hour polling stations. requirements for voting by mail and toughens the conditions to identify oneself, among a battery of measures that, according to defenders of civil rights, particularly harm the participation of racial minorities in electoral processes. “It is time to take the fight to our nation’s Capitol. In Texas we have the hours counted. We need Congress to act now, ”the statement claims.

A dozen Republican-ruled states have passed restrictive voting laws since the 2020 presidential election, which Donald Trump called stolen elections. The bill in Texas is among one of the broadest and most radical attempts to restrict voting in a state already known as one of the most difficult in the country to vote.