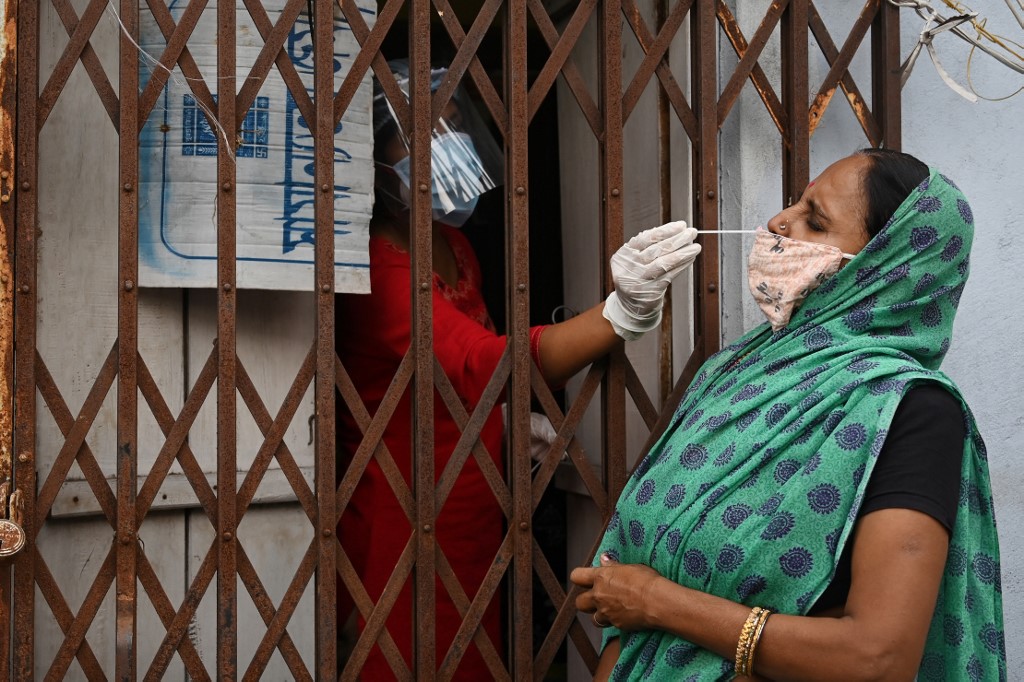 As cases decline and states reopen their borders, the final stage of the United States vaccination campaign To defeat COVID-19 it is becoming a ‘slow’ job, with a worrying variant gaining ground and a population that refuses to be immunized.

During this week, two of the states hardest hit by the pandemic, California and New York, celebrated their return to ‘normalcy’ with fireworks and a multi-million dollar raffle, hospitalizations in some parts of Missouri are increasing and cases are increasing dramatically. in Texas, illustrating the challenges the country faces.

One of the main concerns is the delta variant, which is highly contagious and potentially more serious than the coronavirus. While health officials say vaccines are effective against it, it is feared that it will cause outbreaks in states with lower vaccination rates.

In May, cases of the delta variant rose from 2.7 percent to 9.7 percent, said Dr. Rochelle Walensky, director of the US Centers for Disease Control and Prevention.

At the same time, states are convening focus groups to better understand who refuses to get vaccinated, why and how to convince them that getting vaccinated is the right thing to do.

“It’s a race between vaccines given to people and current or future variants,” said Dr. Lee Norman, Kansas Secretary of Health.

The average number of deaths and cases per day has plummeted 90 percent in the United States since the winter, although the picture is mixed.

In Texas, the average number of confirmed cases has increased from 1,000 infections to almost 2,000 this week.

A part of Missouri is seeing a large increase in cases and hospitalizations as tourists eager to get out after being locked up for a year head to popular destinations like Branson and Lake of the Ozarks.

Health officials said more than 200 infected people were hospitalized in southwestern Missouri, nearly double the number in early May. The number of patients in intensive care units in the region has tripled.

Health experts cite two factors that have favored the increase in cases in some regions of the country: the delta variant that spreads faster and the reluctance among citizens to get vaccinated.

The United States is expected to miss President Joe Biden’s goal of giving 70 percent of American adults a dose by July 4. Currently, the North American country has vaccinated about 65 percent of its population.

States that do not expect to meet that goal include Kansas and Idaho. In the latter, some counties have adult vaccination rates below 30 percent, said Elke Shaw-Tulloch, public health administrator for the state Department of Health and Welfare.

To increase the number of people vaccinated, several states are working to divide large shipments of vaccines into smaller batches, which can then be distributed to doctor’s offices. Health officials see primary care physicians as key to alleviating people’s concerns.

“People want to hear it from their doctor, from their medical providers, from people they know and trust,” Norman said.

Large and flashy gifts, such as lotteries, gift cards, discounts, etc., have been of great help to incentivize the population to inoculate, however, in other places there has been much skepticism about such programs.

Shaw-Tulloch said some companies in Idaho had offered financial incentives for employees to get vaccinated, but they didn’t get many candidates. Instead, he said, the key is to make it easier to get a vaccine by making it part of a person’s “daily flow.”

Flashes of ‘hope’ in the world

In other parts of the world, there have been several glimmers of hope as India reopened the Taj Mahal amid a decline in new infections.

In France, where virus cases are below 4,000 a day, up from 35,000 in the spring, authorities relaxed requirements on wearing masks outdoors and said the nighttime curfew will end this year. Weekend.

“We have not seen such a low level of spread of the virus since last August,” said Prime Minister Jean Castex.

Meanwhile, South Africa imposed stricter restrictions on public gatherings and the sale of spirits, as hospital admissions for COVID-19 increased by 59 percent in the past two weeks, authorities said. New cases there have almost doubled.

According to the Johns Hopkins University, The United States reached 600 thousand deaths this Tuesday, while worldwide, the figure rises to 3.8 million.