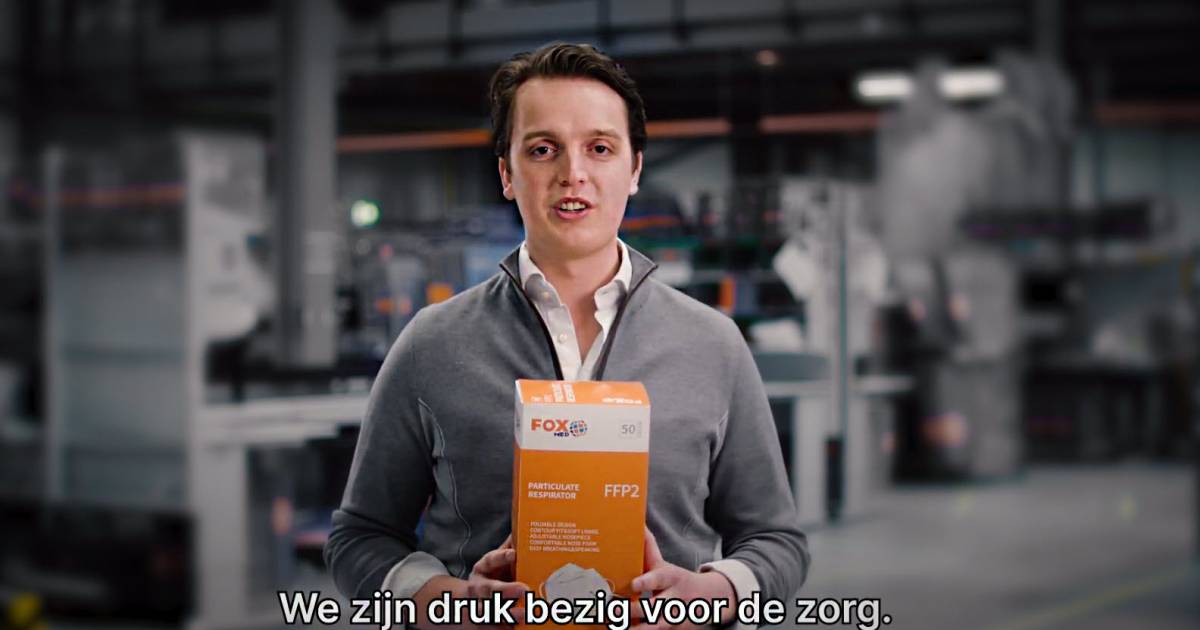 The mega-order that the government concluded with Sywert van Lienden is still being investigated externally by Deloitte. An initial audit showed no ‘breach of integrity’. Researchers did delete and change various critical passages after input from the ministry.

This is apparent from documents about the Sywert deal that Minister Tamara van Ark (Medical Care, VVD) just sent to the House. Van Lienden and the ministry are under heavy fire after the million-dollar deal. Van Lienden presented himself for a year as a noble benefactor who wanted to help healthcare ‘free of charge’, but in the meantime he made a profit of millions. Volunteers from Van Lienden’s Auxiliary Troops Alliance also knew nothing about it, they now want – just like the House of Representatives – that Van Lienden return the millions. He refuses that.

Additional external research will follow into the mega-order face masks: “Deloitte aims to deliver this on September 1, writes Van Ark. The accountants must examine whether the order was sound in substance, practically and legally. Van Lienden supplied forty million face masks for the price of one hundred million euros and was left with nine million. Various parties in the House of Representatives want to know the bottom line: why did the ministry team up with him after a negative advice from the purchasing center? How did the CDA come in? Were the contracts good, wasn’t the price too high?

All these questions have to be answered ‘carefully’, and that takes more time than initially thought. However, there has been an initial internal audit of the deal, started before all the recent fuss. This ‘forensic check’ was started after reports of possible irregularities and, according to Van Ark, produced ‘no indications of possible integrity violations’.

Article continues after the photo

But in the documents that Van Ark just sent to the House about this, there are salient passages about criticism of Van Lienden’s company, which had made itself little popular within the national purchasing center LCH. Draft texts about this were sometimes removed after a first reading by the ministry.

For example, the accountants wrote in a first version: “Within the LCH there was resistance and mistrust towards RGA (Van Lienden’s club, ed.) RGA would present itself to VWS and in the media as ‘the party that would going to save’, would not abide by the ‘FairPlay rules’ and would operate for their own benefit. (…) Within the LCH there was the impression that RGA was looking for information such as supplier files and quality specifications, which they might want to use for their own benefit.”

The ministry would like to keep Van Lienden on board, the accountants wrote: “The e-mail communication made available to us shows that it was decided in consultation between VWS and the LCH that it would be better to keep RGA involved. The verbatim text in an e-mail from the former LCH official to various individuals within the LCH and to the VWS official reads: He quoted President Lyndon Johnson when he spoke of a dangerous competitor: “It’s probably better to have him inside the tent pissing out than outside the tent pissing in.”…

This passage disappeared from the audit after comments from VWS officials, Van Ark now describes. She wants to ‘give openness’ about all parts, all previous documents and investigations are also included in the Deloitte investigation, the minister writes.