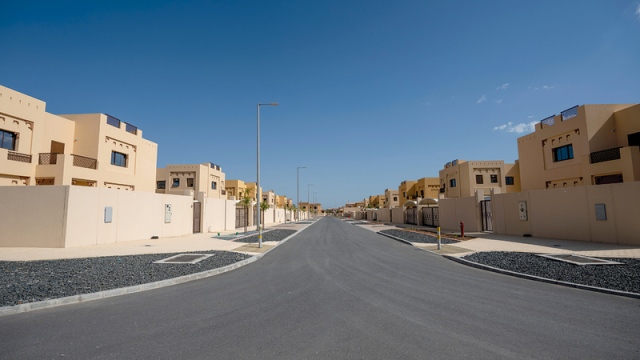 The Ministry of Energy and Infrastructure, in cooperation with the Initiatives Committee of the President of the State, called on those entitled to the last batch of housing units in Mohammed bin Zayed City in Al-Hail area in Fujairah, to attend the lottery for the delivery of their new homes, within the last phase of the city housing delivery, which targeted 1100 houses, in a room Fujairah Trade and Industry, which will take place over three days, starting next Sunday.

The Ministry called on the beneficiaries of the last batch to bring the ID and the original registration summary, and the presence of the person concerned only, provided that he has a recent negative test result for the Corona virus, or he has obtained two doses of the vaccine, taking into account the time commitment according to the precautionary measures.

The Ministry noted that during the distribution process, it will take into account the social cohesion and family kinship of the beneficiaries, so that the homes of widows and divorced women are located near the homes of their families and relatives, and the homes of brothers, relatives or in-laws are close together, in order to preserve the bonds of family relations.

The Ministry, in cooperation with the initiatives of His Highness the President of the State, completed the delivery of the new housing minutes for the second batch of housing beneficiaries, during the past month, with 200 dwellings out of 1,100 homes, whose total cost amounts to one billion and 400 million dirhams, as it included Mohammed Bin Zayed City. Residential properties in Fujairah are residential properties, roads, service lands, and green spaces, in addition to vital facilities such as schools, mosques, health clinics, parks and shops, in addition to a cultural community center, men’s council, and an amusement park.

Cape Verde takes another step to extradite Álex Saab, the alleged front man of Nicolás Maduro, to the United States