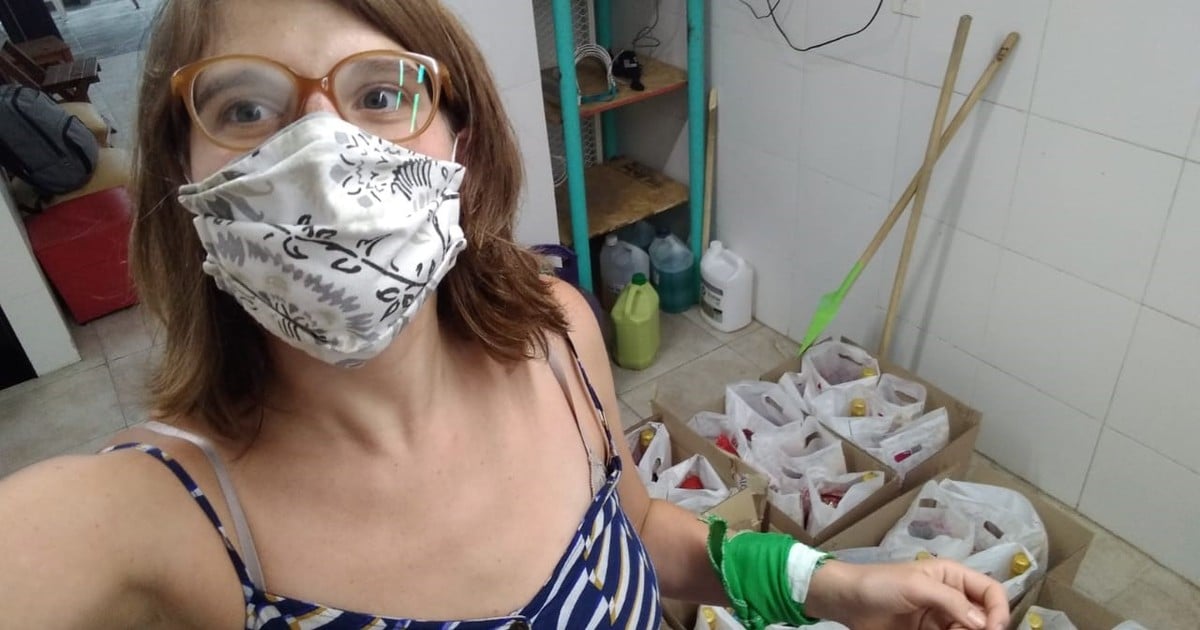 Delfina Rossi, director of Banco Ciudad, came out to apologize after writing a successful tweet about the status of the coronavirus vaccination plan for health agents in the Province of Buenos Aires.

The Kirchner official published a controversial message on Monday on the social network. “The Province of Buenos Aires already finished vaccinating to all your health personnel. Exemplary management of Axel Kicillof“he wrote in his personal account, minutes before the national government released a list of VIP vaccinated.

His words woke the repudiation of Twitter users: There were many doctors who told the economist about their impossibility or their frustration at not having been able to get vaccinated.

To make matters worse, this Tuesday it was the Buenos Aires governor himself who denied it without naming it. “Someone said that Kicillof said that all health workers have already been vaccinated. I didn’t say it and this is almost impossible because as we vaccinate they continue to register, “said the provincial president at an event in Necochea.

Delfina Rossi apologizes for spreading a wrong message about vaccination in the Province of Buenos Aires.

With the official words came the retraction. “I apologize for yesterday’s tweet about vaccination in the Province of Buenos Aires, which contained wrong information. I delete it to avoid confusion, “wrote the former director of Banco Nación in the afternoon, after the stir caused.

Is that Monday’s message it had not gone unnoticed. As soon as he published it, users who claimed to be health personnel or have relatives in that area were joined by others with criticism for the grandiloquence of his praise, in the middle of a scandal of privileged vaccinations.

The wave of repudiation made the hashtag #liar was a trending topic for several hours.

Delfina Rossi’s tweet about vaccination in the Province of Buenos Aires that created a stir on social networks.

In addition, the site Checked he took the assertion of the Defense Minister’s daughter and considered it a “false” piece of information. “The Province of Buenos Aires has not yet finished vaccinating even 100% of the health workers who registered,” they pointed out.

Then, the governor of the Province of Buenos Aires himself alluded to the controversy and, in a strange twist of the story, He ended up denying with a belligerent tone a militant in his space who pretended to praise him.

In a world with a shortage of vaccines, @Kicillofok complies. Health personnel from the province initially registered in #Vaccinate. People continue to enroll, but due to the very high percentage reached, we have advanced to the next stage. Success is indisputable. pic.twitter.com/f2jdVskbce

Anyway, Kicillof he was excited with the immunization campaign: “Of those who are known to be health personnel, the percentage of registered is very high. I think we are very close to meeting the goal of vaccinating all health workers in the Province.”

The governor’s statements were replicated in a new message from Rossi’s.

“In a world with a shortage of vaccines, Kicillof complies. Health personnel from the province initially registered with Vacunate were vaccinated. People continue to register, but due to the very high percentage reached, we have advanced to the next stage, “said the economist when correcting her original tweet. But she ended up insisting on the praise:” The success is indisputable, “she declared in tune.