Delfina Ezeiza: ‘While they locked you up, they were partying and partying’ 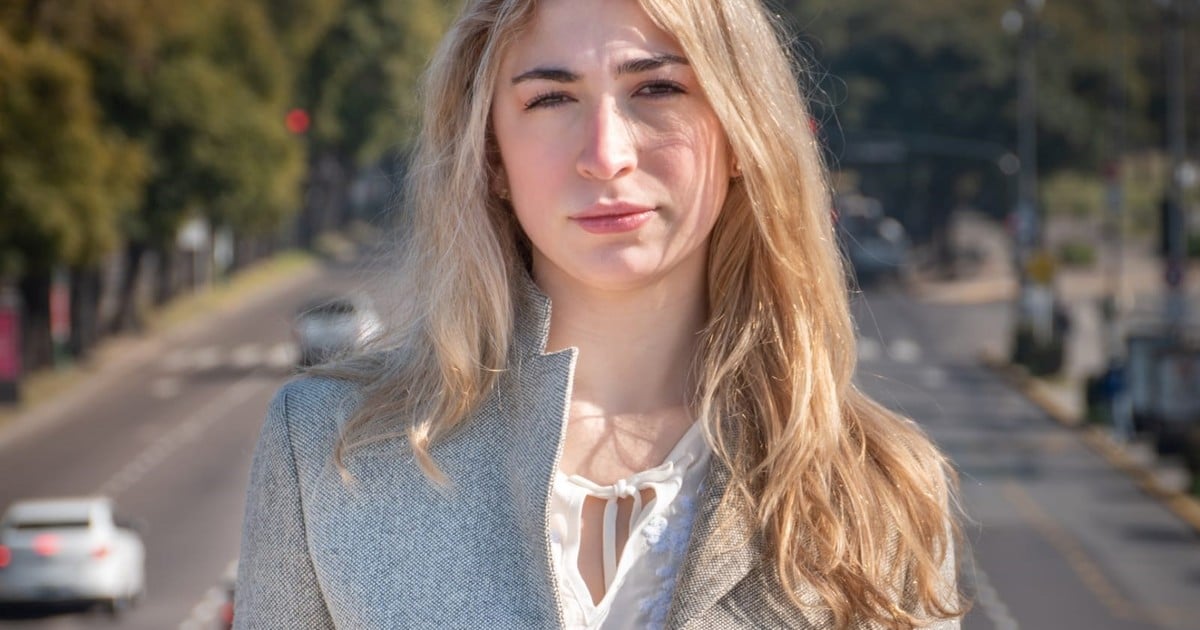 Delfina Ezeiza is in her last year of secondary school, where she says she doesn’t do student activism, because she goes “to study” there. She is a candidate for a Buenos Aires legislator on the front headed by Javier Milei.

In dialogue by videoconference with Clarion, from the headquarters of the Libertarian Party, assures that she would not receive her allowance as a Buenos Aires legislator. His main criticisms point to the “political caste”, due to the increase in taxes and the restrictions they imposed during the strict quarantine due to the coronavirus pandemic.

-How do you define the government of Alberto Fernández?

-It is a government of clowns. For a year and a half what they did was laugh in the face of the ordinary citizen and have them as slaves. The dream of this type of political caste is to have them at their service. And the quarantine due to the pandemic fell like a glove, locking us up, restricting our freedoms, our circulation, what they did was a violation of our rights as individuals and citizens. While they locked you up, they were partying and partying.

-Some compare you with Ofelia Fernández, the legislator of the Frente de Todos.

-The comparison is wrong, because I am a liberal and she is from the left. My ideas are what I proclaim with acts. I am going to promote projects to have a much smaller State and little interference in the private economy. I cannot say that I am going to collect my salary, so … how am I going to do something like Ofelia !, since I swore to donate my salary and never vote in favor of creating or raising taxes.

-What projects would you like to present in the Buenos Aires Legislature?

-My main projects would be focused on what is political spending, so that a city deputy can totally or partially renounce the 210,000 gross pesos that he earns today. I also want to limit the number of advisers per legislator, to a maximum of five, because today each deputy is an SME, with employees whose salaries come out of our pockets. And my other projects involve repealing taxes, for example, on credit cards, because many guys are trading and cryptocurrencies, and it is something that hurts them. There are also other taxes that can be lowered and eliminated in the long run, such as Gross Income, Sircreb and the ABL.

Delfina Ezeiza, during the interview with Clarín, at the headquarters of the Libertarian Party.

-You are criticized for a tweet from December 2019, where you said “Videla Come back please.”

-That tweet was an irony. Libertarians are accused of being in favor of the dictatorship, but that is totally a lie. We are libertarians, so by definition we are against any dictatorship, because we believe in the principle of non-aggression, so the State or a third party can subjugate what is the individual freedom of others.

–Why did you decide to apply in the space headed by Milei?

-From the age of 15-16 I began to get into the ideas of liberalism. At the same time there was the boom of the liberals on TV, YouTube and social networks. And the political leg was when the Despertar front, led by José Luis Espert, ran for the 2019 presidential elections. Then I decided to join the Libertarian Party, which is part of the La Libertad Avanza front. Last month I presented myself to a party intern, in which I came second for Buenos Aires legislators (N. de la R. that location allowed her to be eighth on the electoral front). I fight to fight the cultural battle, to advance with the ideas of freedom.

-Do you participate in student activism at your school?

-No, I go to school to study, mainly. I don’t like to mix politics with school, or sports with politics. But in the school there are debates in the subjects regarding social, humanities. That is very good and it also tests our knowledge. In the framework of these debates, I see that more and more children agree with our ideas of freedom, of common sense.