Deck and Alocén, the ‘signings’ of Real Madrid in 2021 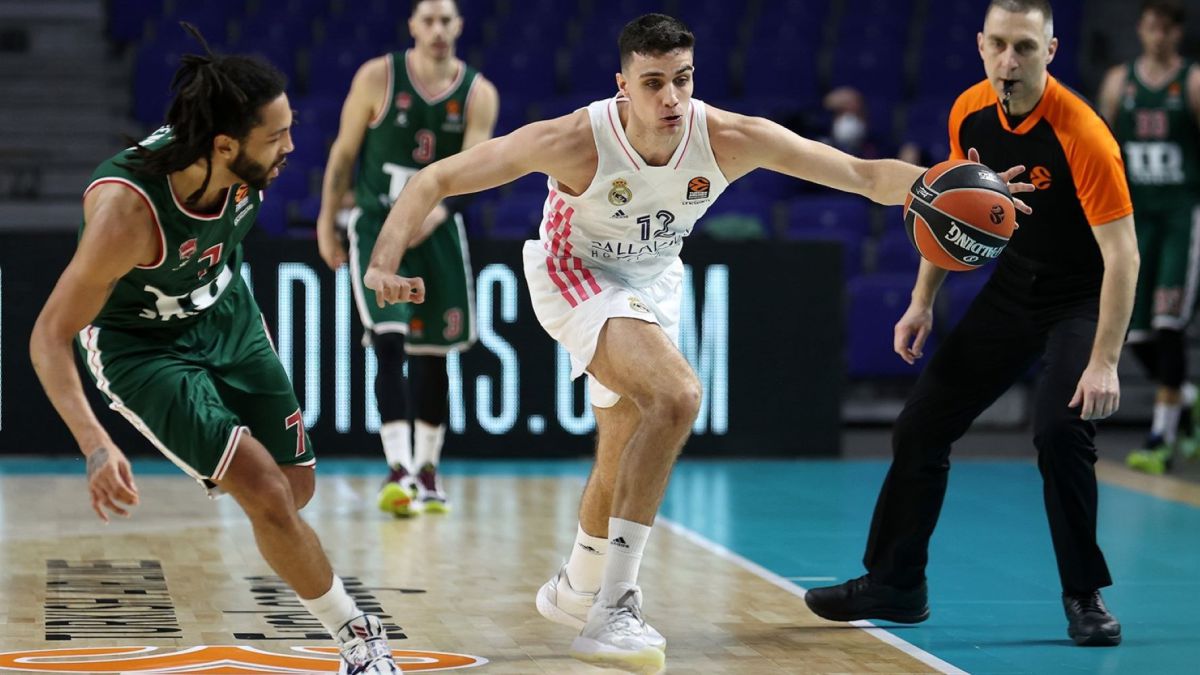 “I am very confident that the team will respond to the limit”Laso says. Madrid is in full sprint to get into the Euroleague quarter-finals playoff. He has five games left, a tough schedule, today CSKA at the Palace (9:00 pm, Dazn) and then Villeurbanne in France, Efes and Olympiacos at home and will close on the Fenerbahçe court.. The objective is to qualify and do it as high as possible, not only because of the field factor (the first four), but to avoid reckless crosses against Barça or an Efes that rises like foam, even CSKA, current champion, though far from peak form of November and December, when he chained 12 victories with Milutinov as the last MVP of the month in 2020.

Clyburn’s ankle injury soon followed, leaving him out for two months. And the operation on one of Milutinov’s own shoulder (goodbye to the course), and the conflict between Mike James and the club, which strained the atmosphere, in addition to the continuous physical problems of Strelnieks. Despite everything, of the four defeats in the last six games, his potential is high, James continues and Clyburn is back. He is fourth with one game less and has signed former ACB members Lundberg and Michael Eric before the market close.

The dynamics of Real is similar, with Llull, Rudy and Randolph out and also four setbacks in the last six days. You need at least two more wins and that’s just to qualify, not to avoid death crosses. Tavares has the most valued player in the Euroleague (545 total credits, 47 more than Mike James), because, although the average is fourth (18.8), neither Mirotic nor James nor Shved have played all the duels, another example of the imposing physical condition of Cape Verde: 11.7 points (67% in shots), 8.2 rebounds and 1.7 blocks.

The good news for Laso is that in the last two months the best Gabriel Deck has returned and Carlos Alocén has taken a very meritorious step forward with just 20 years. The Argentine was looking somewhat lost, perhaps sulking because the intended renewal did not come, and in the first 18 days of the Euroleague he did not exceed 5 points and 5 credits in 19 minutes. Since January 18, in the last 11 games, he has averaged 27 minutes (which shows that it is one of the essentials), 12.4 points, 5 rebounds, 1.4 assists and a PIR of 15.4. Key piece in almost all the wins and the most consistent in many of the defeats, used as an inside and outside joker, small for everything in the absence of Randolph and in clear progression in his peculiar throw of three without jumping. In his first two European campaigns he accumulated 13 triples with a 28% success rate and in this he has already been 18 with 42% (13 of 25, 56.5%, since the aforementioned January 18).

At the address, Alocen’s maturation is positive for the present and hopeful for the future. The initial responsibility has been shaken somewhat and has taken advantage of Llull’s absences and the shorter of Laprovittola to gain prominence. Until matchday 21 he was left without acting in 9 games and in the other 12 he averaged 10 minutes. Since January 27, in 8 games (five as a starter), more than 19 minutes, 7.4 points and 3.3 assists. And more daring and connection with Tavares. This is how his coach sees it: “His season is very good. Being a base in Madrid is not easy and he is being demanding. We have high hopes for the future ”.

“The Alocen season is very good. We have high hopes”

In the first leg in Moscow, CSKA won (74-73), despite giving only four assists, with a 3 + 1 from James. The team that scored the most points (or did), 82.9, compared to 79.7 for Madrid, which only conceded 76.9 (the fifth best). Laso analyzes it: “The defensive aspect will be key. If we allow them a succession of baskets, shots and rebounds they will have a rhythm that will cost us (include losses). But if we are solid at the back, we can run and move the ball ”.

Tokyo 2020 artistic director resigns after referring to Watanabe as "Olympig"

HS Visio | A thousand Facebook friends, but no friends. A middle-aged journalist woke up to his situation and figured out how to break the vicious circle of loneliness.