Decisions and appointments .. “desperate” attempts by the Brotherhood to stop the rift

The group has been in a state of ferment since the acting general guide of the Muslim Brotherhood, Ibrahim Mounir, officially announced the decision to dissolve the Administrative Office for Organization Affairs in Turkey, as well as the Qatar Shura Council, last June, as well as postponing the internal elections that were expected to be held within weeks to choose members of the Shura Council. year, for a period of six months.

A state of collapse and disintegration prevails in the ranks of the Brotherhood, as historical leaders decided their position in favor of Mounir, in exchange for the escalation of the confrontation from the front of the former Secretary-General, Mahmoud Hussein, by announcing the dismissal of the Deputy Guide through a Shura Council contesting the “legitimacy” of his decision, while a third section of the Brotherhood demands from the youth To advance the ranks, and overthrow the leaders of the two fronts.

The “Brotherhood Head” crisis comes at a time when most of the organization’s branches in the Arab countries are suffering severe crises, after they were isolated and overthrown in some countries and classified as terrorist in others.

New developments in the conflict of wings The London Office issued a statement confirming that the deputy guide, Ibrahim Mounir, is in charge of the functions of the guide, and the official expression of the Brotherhood before public opinion and the media, and new appointments were also announced.

This comes after a war of statements and dismissals between the London office led by Ibrahim Munir, and the Istanbul office led by the former Secretary-General of the Muslim Brotherhood Mahmoud Hussein, who is preparing to declare himself acting guide, while a group calculated on his forehead is trying to get rid of Munir, and threatened to assassinate him, if he does not announce his resignation from His position is satisfied with being the Secretary-General of the International Organization.

In an escape from reality, Munir, in a television interview with a satellite channel owned by the international organization, ignored the current war, saying, “The differences have ended, and the group has returned and will recover.”

Mounir added that the Brotherhood does not force anyone to stay in it, “and we may disagree about positions and policies, referring to the possibility of overthrowing Mahmoud Hussein’s group.”

Confession and courtship of young people

The acting guide continued, “There is still a lack of acceptance of reality among some of the brothers, and perhaps in moments it becomes clear to them that the issue is not a personal matter. Our priorities at this stage are reunification.”

He pointed out that “half the distance from the reunion ended with some of our brothers in the class who did not deviate from our thoughts or our principles,” excluding Mahmoud Hussein’s group, which he described as having excluded itself from the group.

In courting the Brotherhood’s youth, Mounir claimed that the past years have produced a new generation with great awareness that contributes to the group’s maturation.

To remove the state of great tension among many young leaders, Mounir flirted with the political leadership in Egypt, saying, “We will not work under the table. If there is an initiative that can relieve or release prisoners, we will announce it.”

The researcher in the affairs of Islamic movements, Ahmed Sultan, said that the Brotherhood is in a state of great rift, in light of the differences over interests and influence, stressing that whoever decides the battle for the “Istanbul office” will decide hegemony over the Brotherhood’s decision, because Istanbul constitutes the weight of the Brotherhood at the present time.

Sultan added to “Sky News Arabia”, that each party within the Brotherhood seeks to maximize self-interest at the expense of the other, as the conflict was burning in secret and now it is out in the open, after the recent developments that occurred between Hussein and Munir.

He stressed that the coexistence between the Brotherhood’s currents has ended, as each party seeks to attract and woo the bases and the youth in its favour, in order to resolve the conflict over the group’s leadership.

The group is over

He pointed to another reason close to Munir’s decision to own the group’s decision, which is that a large number of bases and young people within the Brotherhood have positions on the Mahmoud Hussein group, which monopolized the group’s financing and access to exceptional advantages. 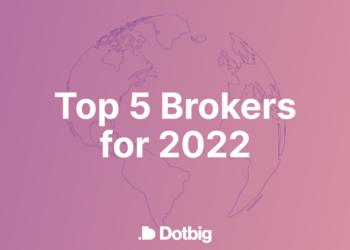