Deaths Finns are wiser and drink less, which is reflected in the death statistics – The picture was much gloomier only 20 years ago 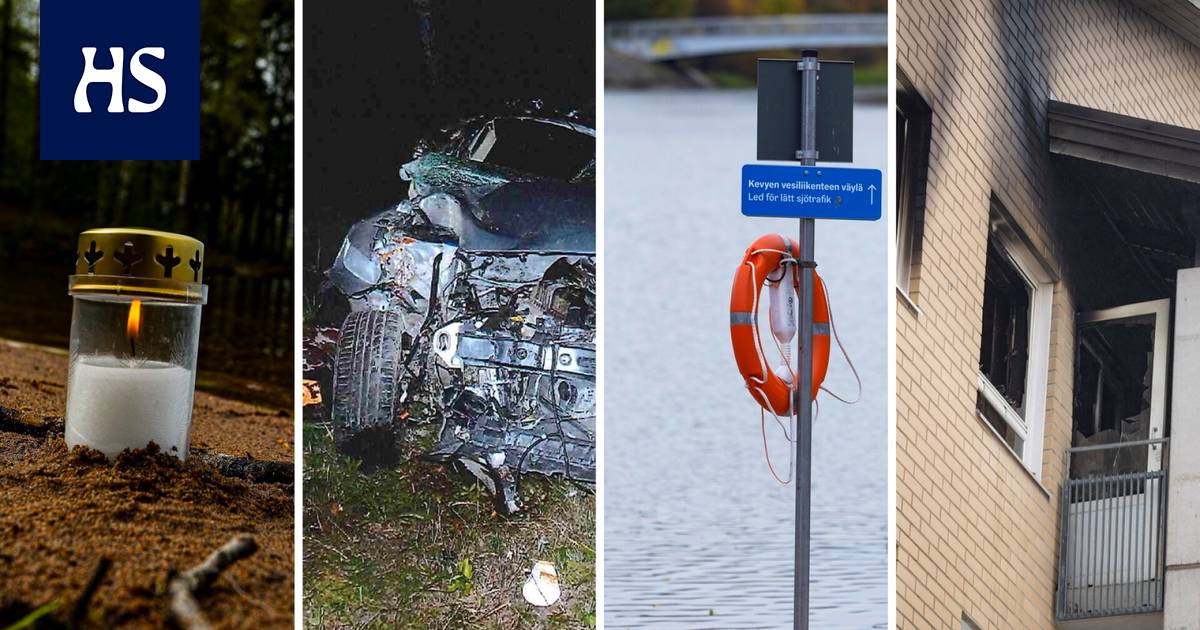 It has been affected by technological developments, stricter legislation and an improved attitudinal climate.

Finland was a really different country and society at the beginning of the 21st century, considering how much Finns at that time caused deaths to themselves and each other intentionally or unintentionally.

Indicators of various causes of death have been steadily declining throughout the 21st century. The lives of many hundreds of Finns will be saved again this year because of customs are cleaned up In 20 years.

There are several explanations for advancing technology to fine-tune laws, but one recurring reason is a change in attitudinal climate. People take security more seriously and, judging by the numbers, are less foolish than before.

One the most significant indicators are homicides and violent crimes in general.

They have declined considerably since the beginning of the 21st century, which in retrospect can be considered a very violent era. At that time, a person in Finland died at his worst almost every other day as a victim of violence.

Now the number has halved and leveled off at well under a hundred cases a year.

Where from is it because?

“Part of the reasons for the decrease in homicides are probably the aging of the population, the decrease in alcohol consumption and the improvement of first aid, which means that more acts remain attempts at homicide. But there is no complete consensus among researchers on the reasons for the positive development, ”says the postdoctoral researcher Karoliina Suonpää Institute of Criminology and Legal Policy, University of Helsinki.

However, he points out that in 2020, homicides did not decrease but increased slightly.

“But it is desirable, of course, that this be a single year of exception.”

According to Suonpää, homicides began to decrease in Finland in the second half of the 1990s, and the same phenomenon has been observed in most Western countries. Homicides have decreased, especially in the drinking districts of middle-aged men.

Also there are clearly fewer deaths in traffic today than in the early 2000s. The number has fallen from more than 400 to about 200 a year.

The annual variation has been large, but in the overall picture the decline is obvious.

“Attitudes towards safety have developed for the better in many activities, and this is also reflected in traffic. Of course, my own risk group in traffic has always been and will be, ”says the traffic safety researcher Niina Sihvola From the Accident Information Institute.

There are several reasons for the decline. They relate to legislation and car and road safety.

The law has tightened in the 21st century in many ways. There was a mandatory moped card, a hands-free obligation, the obligation for doctors to report, an extended use of seat belts and regulations for heavy-duty winter tires, Sihvola lists.

“For example, moped card training, which became mandatory in 2011, reduced the number of moped cards and moped rides completed. As a result, moped accidents have been significantly reduced. ”

Improving car safety, in turn, is a huge leap forward, with airbags, stability control systems, lane departure warning systems and much stronger bodies in general. The new cars are more likely to survive in Kolari, where he would surely die if he sat in the unprotected tin can of years ago.

There has also been a concrete impact on the middle railings of the roads, which prevent collisions.

Drownings have also declined significantly since the beginning of the 21st century, by about a quarter. At its worst, there were 228 in 2002 but only 151 in 2020. There are no clear reasons for this, but estimates have been made.

Executive Director Kristiina Heinonen The Finnish Association for Swimming Education and Lifesaving estimates that this is at least a general increase in safety culture, education and better awareness of the risks of movement. In addition, the youngest generations have better swimming skills than the older generations.

“People move smarter on the water these days, and people, for example, wear life jackets more often. But there is no exact information about the reasons for the development, so this is a bit of a mess. ”

Alcohol is less and less involved in drowning accidents all the time. About 60 percent of those killed in the early part of the millennium were intoxicated, but less than 50 percent in the second decade, Heinonen says.

The aging of the population has begun to show in recent years: more people drowned than before. Drownings among working-age people, young people and children, on the other hand, have decreased significantly.

Downward direction is also reflected in fire deaths: there are still about half of them compared to the early 2000s. However, the annual variations are large.

Fire Chief and Chairman of the Network of Fire Investigation Experts Pasi Paloluoma know a few reasons for the decline. One is that since 2010 only self-extinguishing tobacco has been allowed to be sold in Finland, and at the same time smoking has decreased in general. Fire alarms have also become mandatory.

“However, there is still room for improvement. They could be on both sides of the bedroom doors, for example. Unfortunately, they are incomplete or out of order in many places, ”says Paloluoma.

“But they definitely make a person wake up when a fire threatens.”

Another reason for the fire is the successful safety communication by rescue services, which now reaches a large number of people on social media, for example. Not everyone still learns.

“Sometimes a person who survived a fire may say in their alcohol vapors that they know the risks of fire but still do so. So there is knowledge but no attitude. ”

Ladies the news doesn’t end there: the number of suicides has changed tremendously for the better this millennium.

At the beginning of the millennium, there were about 1,200 people deprived of their lives every year, now more than 700. The difference is even clearer if you look back to 1990, when more than 1,500 suicides were committed in Finland.

However, there is one measure of death that points upwards. Drug deaths have roughly doubled since the early 2000s. There are now about 230 a year. The issue has been affected by the availability and mixed use of substances.