Deathloop: the developers explain the game to us in a long video 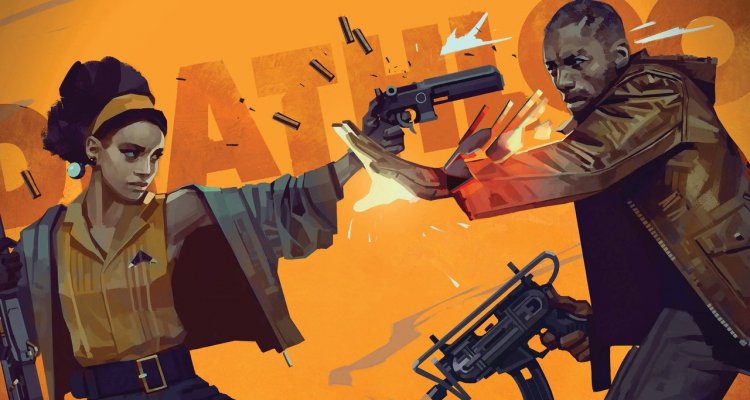 Arkane Studios has released a new movie from Deathloop, in which some members of the development team they explain the game better. In addition to the interviews, there are also some gameplay moments. Overall worth watching if you are looking forward to this exclusive PS5 / PC thunderstorm. Interviewed by Julianna Blake are three Arkane Lyon developers: Dinga Bakaba, Dana Nightingale and Bennett Smith.

We read the general description of the game:

DEATHLOOP is a next-gen first person shooter from Arkane Lyon, the award-winning studio that created Dishonored. In DEATHLOOP, two rival assassins are trapped in a mysterious time loop on the island of Blackreef, doomed to live the same day forever. As Colt, the only chance to escape is to end this endless cycle by assassinating eight key targets before the day begins again. Learn from each cycle, try new paths, gain insight and discover new weapons and abilities. And break the loop at any cost.

IF YOU DON’T DO IT THE FIRST TIME … DIE, DIE AGAIN.
Each new loop is an opportunity to change. Use the knowledge gained with each attempt to change the style of play, sneaking through the levels or fighting with weapons drawn. With each loop, you will discover new secrets, learn about your targets and the Isle of Blackreef, and expand your arsenal. Thanks to supernatural abilities and incredible weaponry, you will use these tools to kill in a convincing and devastating way. Customize your gear wisely to survive this game of hunter and prey.

SINGLE PLAYER MODE WITH DEADLY MULTIPLAYER MODE
Are you the hero or the villain? The protagonist of the main story is you as Colt, tasked with taking down important targets on the Isle of Blackreef to break the loop and gain freedom. But as you fight for your mission, Julianna will hunt you down and can be controlled by another player. If you like bad guys, you too can play Julianna and invade another player’s campaign to kill Colt. The multiplayer experience is optional and Julianna’s management can be assigned to the AI.

Blackreef Island: Paradise Or Prison?
Arkane is famous for its incredible worlds marked by multiple steps and always new gameplay. DEATHLOOP offers a wonderful retro-futuristic setting inspired by the 60s, already a protagonist in its own right. Blackreef may be a true land of wonders, but it is also Colt’s prison: a decadent world where death has no meaning and its trigger-happy inhabitants participate in an eternal party by caging our protagonist.

Before leaving, we remind you that Deathloop will be available starting September 14, 2021. If you want more information, read our preview of Deathloop.