Death toll rises to at least 64 after Miami building collapse 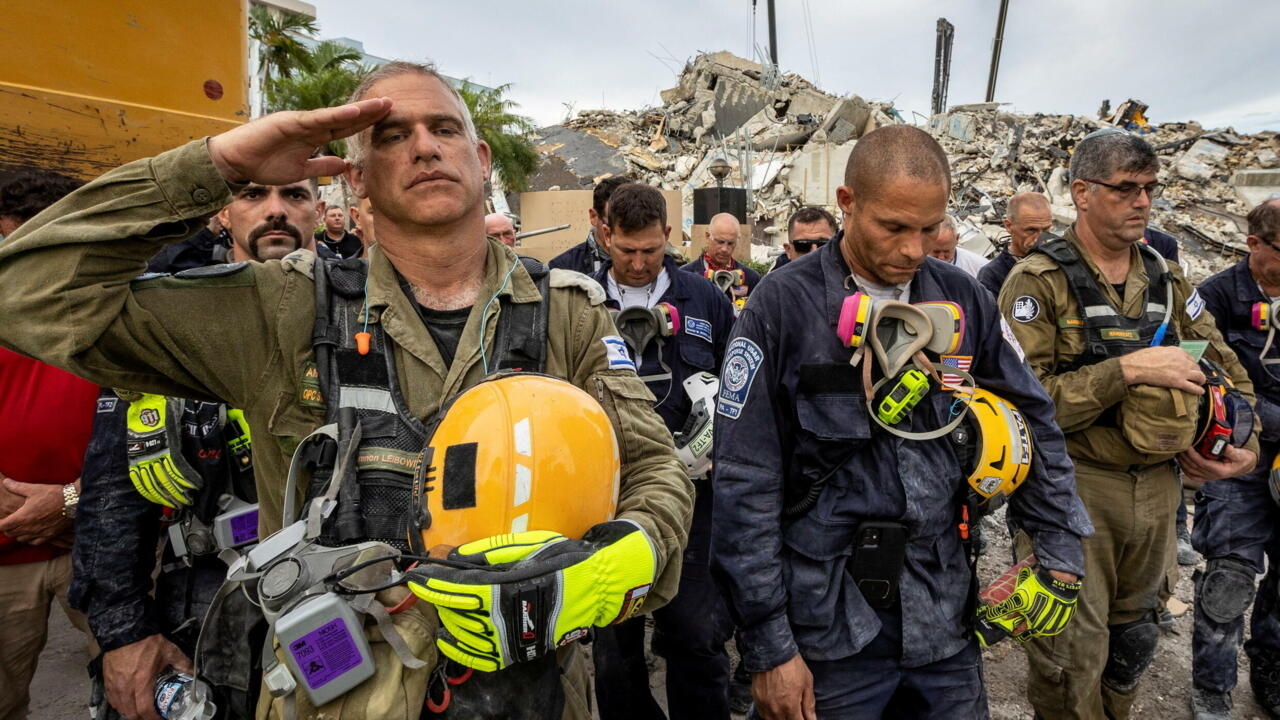 Following the interruption of the search for survivors on Wednesday night, local authorities raised to 64 the people who died in the building collapse in Surfside. They also reported that efforts continue to find the bodies of the 76 people who remain missing.

Miami-Dade County Mayor Daniella Levine Cava informed at a press conference this Thursday, July 8, that 64 people have already been killed in the collapse of the Champlain Towers South building in Surfside, Florida. Meanwhile, 76 people remain missing.

The mayor’s statements come after the authorities decided to suspend the search for survivors after determining that “there was no possibility of life” after the collapse, which occurred on June 24, and continued to search for the bodies of victims among the rubble.

Despite the gloomy news, Levine Cava assured that “the work continues with all the necessary speed and urgency” and promised that the authorities continue “working 24 hours a day to recover the victims and bring closure to the families as quickly as possible. possible, “he said.

Hours earlier, the president had published a message in honor of the victims on her Twitter account:

“It is with deep sadness that tonight we transition from our search and rescue operation to search and recovery. May God bring peace to all whose hearts have been broken, and watch over our community in the difficult days ahead.” .

It’s with profound sadness that tonight we transition our operation from search and rescue to search and recovery.

May God bring peace to all whose hearts have been broken, and may He watch over our community in the hard days ahead. pic.twitter.com/EZgyaj78P1

The shift from survivor rescue to victim search work, which took place at midnight Wednesday, was a grim moment for firefighters and family members. Already started this Thursday, two weeks after the catastrophe, the rescue teams observed a minute of silence at 1:20 am, when part of the building collapsed.

Along with photos of the victims, flowers and messages from family members on a fence near the crash site, firefighters hung a banner with the message “Miami-Dade firefighters are in mourning for you.” However, despite the moment of mourning, the fire chief, Raide Jadallah, told the relatives that the only work of the rescuers since then was to “close”.

On Thursday, Florida Governor Ron DeSantis and Florida Representative to the United States House of Representatives Debbie Wasserman Schultz pledged to provide financial assistance to the families of the victims, as well as the residents of the building who survived but lost. all your possessions.

Among the aid to families will be the property tax relief for residents. In addition, DeSantis pledged to mobilize federal donations for affected families, help that President Joe Biden himself promised when he went last week to meet with the families of the victims.

For his part, Levine Cava reported that rescue teams are also working on collecting and cataloging personal items such as legal documents, photo albums, jewelry, wallets and other valuables. The president urged families to report the loss of these items so that “in the coming weeks or months” families can recover them.