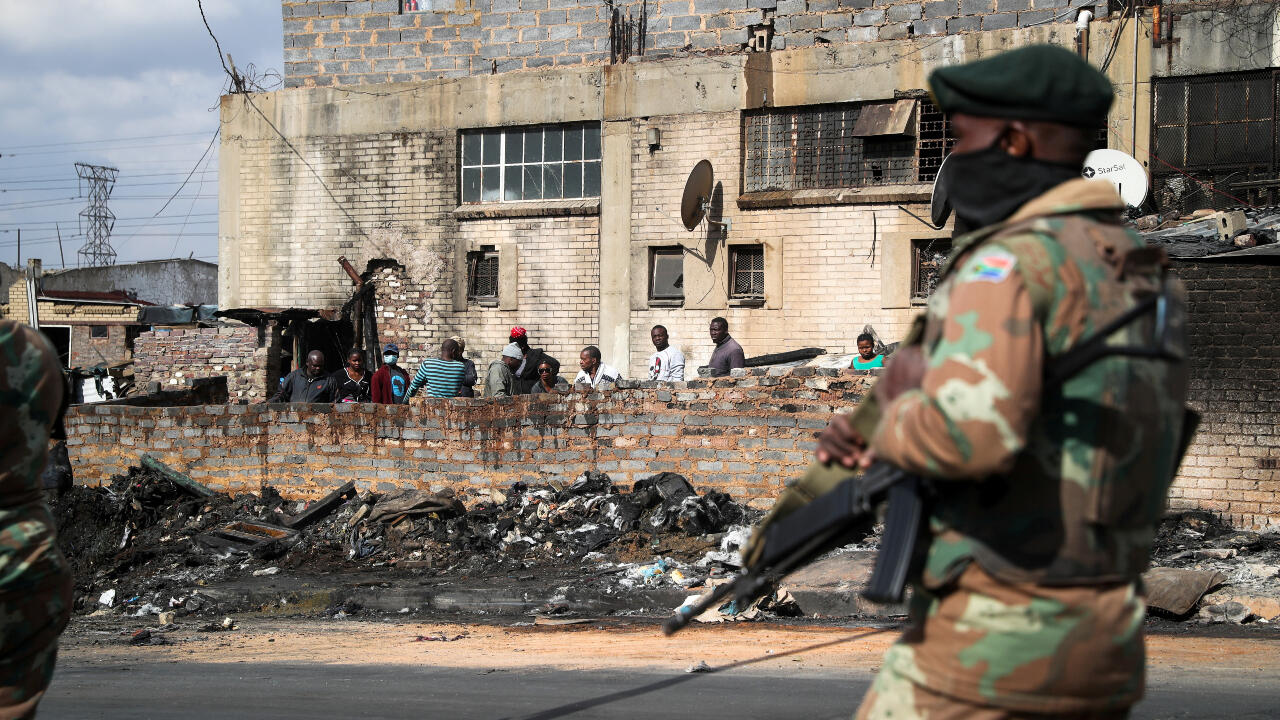 The South African government reported this Wednesday, July 21, that the total number of deaths related to the wave of riots that occurred in recent days in the country amounts to 276. However, a minister said that “stability” had returned to the two shaken provinces for this violence. These events are unprecedented in post-apartheid South Africa.

Recent riots in South Africa have claimed 276 lives, the government reported Wednesday, raising the death toll from 215 announced earlier in the week.

Khumbudzo Ntshavheni, Acting Minister of the Presidency of Cyril Ramaphosa, indicated that the government identified 61 additional deaths related to the outbreak of violence. Of the total deaths, 234 occurred in KwaZulu-Natal (in the east of the country) and 42 in Gauteng (the province where Johannesburg and Pretoria are located).

According to the minister, the police are investigating whether 168 of the deaths were actually murders. In addition, it is estimated that some of the people were killed in stampedes or crushed by falling objects, while others died in burning buildings.

Khumbudzo Ntshavheni assured however that “stability continues to reign in the provinces of Gauteng and KwaZulu-Natal” and that the police were carrying out “clean-up operations to ensure that opportunistic activities did not find success.”

A pre-existing malaise to Zuma’s incarceration

Only as of July 14 did the South African authorities begin to regain control of the affected areas, thanks in large part to the deployment of 25,000 soldiers to support the police.

The riots began on July 9, initially in the form of protests over the imprisonment of controversial former president Jacob Zuma (2009-2018) in his home province, KwaZulu-Natal. Zuma then began serving a 15-month prison sentence for repeatedly refusing to testify for corruption.

But the protests quickly escalated into unprecedented arson and mass looting for South African democracy. Later, they spread to the Gauteng province.

The outbreak of violence was fueled by pre-existing social problems, such as extreme inequality, unemployment, high levels of crime in the country, as well as a general malaise related to the Covid-19 pandemic.

The scale of the destruction – which includes damage to shopping malls, factories and warehouses, small businesses and even schools – is still being clarified. Police operations are also continuing to recover stolen goods, which will be, according to the Executive, used as evidence and then destroyed. This has caused great controversy in the country.

According to President Cyril Ramaphosa, the incidents were “instigated” and “there were people who planned and coordinated them.” Four people arrested for allegedly instigating the violence of the past few days have already appeared in South African courts. In addition, thousands of people are detained for looting.