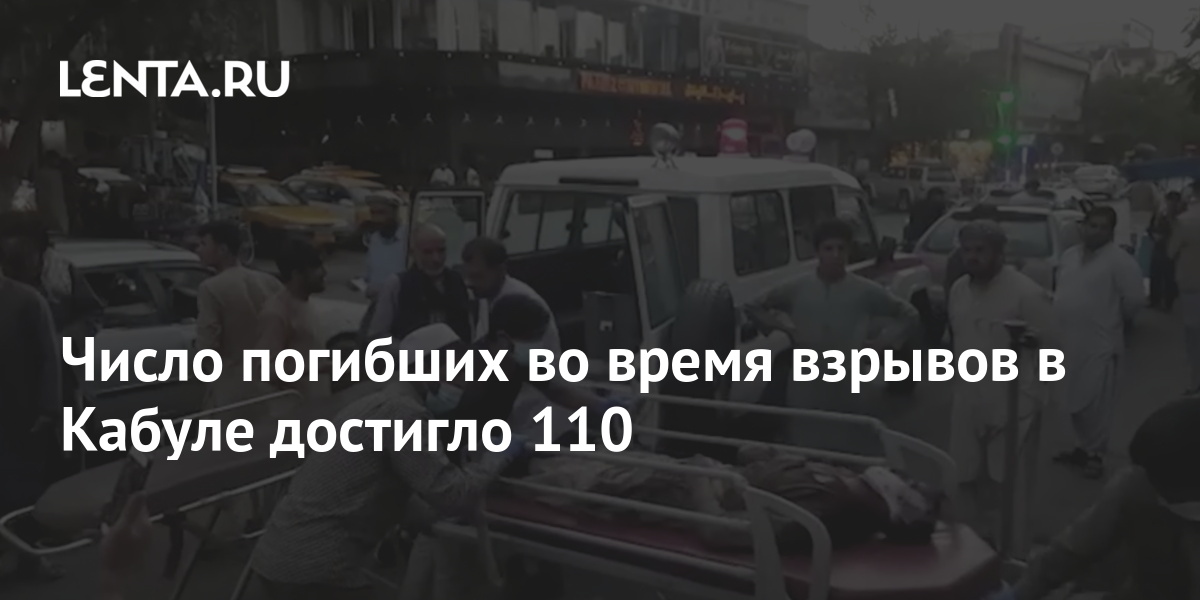 The death toll in the explosions near the airport of the Afghan capital Kabul has reached 110. RIA News citing a source in the Afghan Ministry of Health.

The Pentagon also announced the deaths of 13 American soldiers, including a military medic. Another 20 were injured, the condition of ten of them is assessed as critical.

There were at least six explosions in Kabul. Earlier, the Ministry of Health of Afghanistan reported 90 dead and more than 150 wounded.

The Islamic State terrorist group (banned in Russia). The United States announced that it would take revenge on the terrorists who organized the explosions.