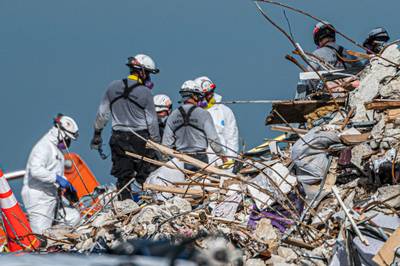 The death toll from the collapse of the Miami apartment complex has risen to 22. Rescue workers pulled two more dead from under the rubble on Friday, they also found two dead earlier in the day. In Miami Beach, a second residential building, containing 156 apartments, was evacuated on Friday for safety reasons. According to the authorities, the decision was made after engineers discovered problems with the concrete structure and the wiring.