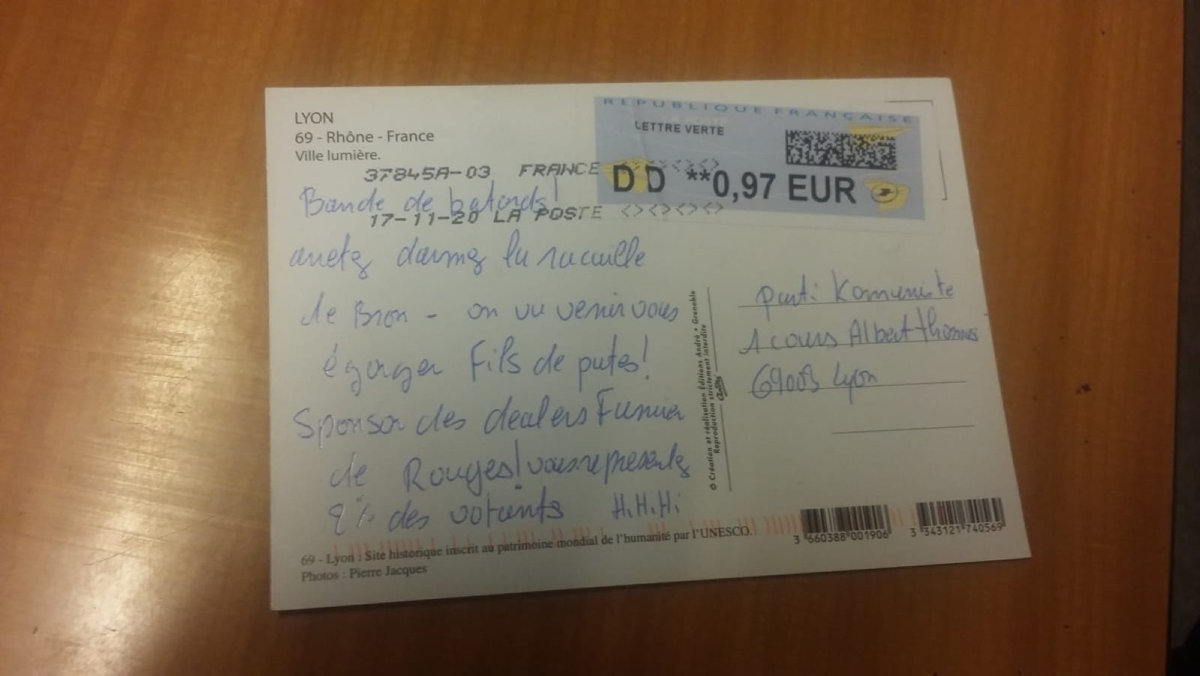 Insults and threats were sent by anonymous missive to the Communists of the Rhône. “You bastards! Stop supporting Bron’s scum. We’re going to come slaughter you son of a bitch! Sponsors of dealers, red manure ”, we can read in this letter received in the premises of the PCF federation, Thursday, November 19. Followed by the comment “you only represent 2% of HiHiHi voters”. If the author is apparently dole, the Communists much less.

“It is a death threat, not a simple insult, we filed a complaint, the police came to take surveys, an investigation is underway”, explains Raphaël Debû, departmental secretary for training. “The perpetrators must be prosecuted and convicted. Calls to lynching from the left, from progressives, Armenians, teachers, journalists or ordinary citizens must stop, ”the communists added in a statement, seeing in this postcard the seal of the far right.

This time, the pretext is that of the reaction that the PCF published about the statements of the city councilor LR de Bron, Jérémie Bréaud, accusing him of adding fuel to the fire while the town was shaken by violence last week. “Moreover, the mayor received an email urging him to go further against the ” Islamo-leftists who are messing things up. ” The elected Communist opposition members have been copied, absolutely free of charge. At that time, we did not understand why ”, notes the person in charge of the PCF who supposes a common origin to the two incidents.

But this letter is far from the only one of its kind. “Not a year goes by without PCF premises being the target of threats or damage, in the Rhône or elsewhere,” recalls Raphaël Debû. Not enough to undermine the determination of the Communists: “After having tried to soil our history, by tagging the word ‘collabo’ on the facade of our national headquarters, the descendants of the Nazis, the French extreme right is trying to intimidate us, they write in their press release. Nothing will make us deviate a centimeter from our commitments, our convictions. We will always be present to defend republican values ​​”. 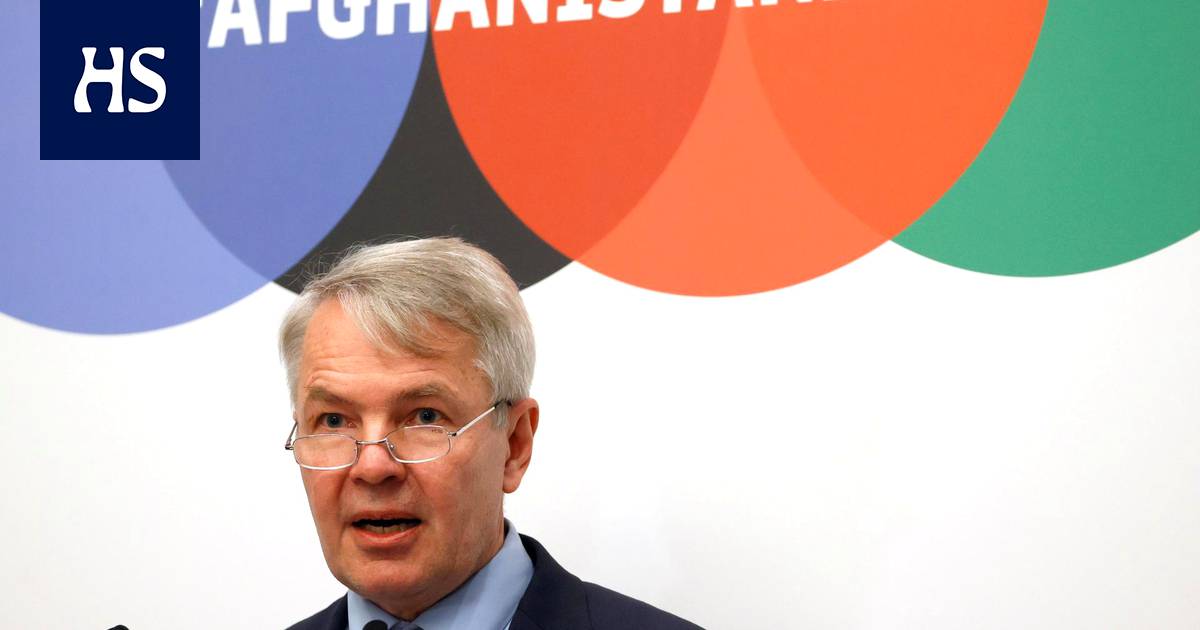 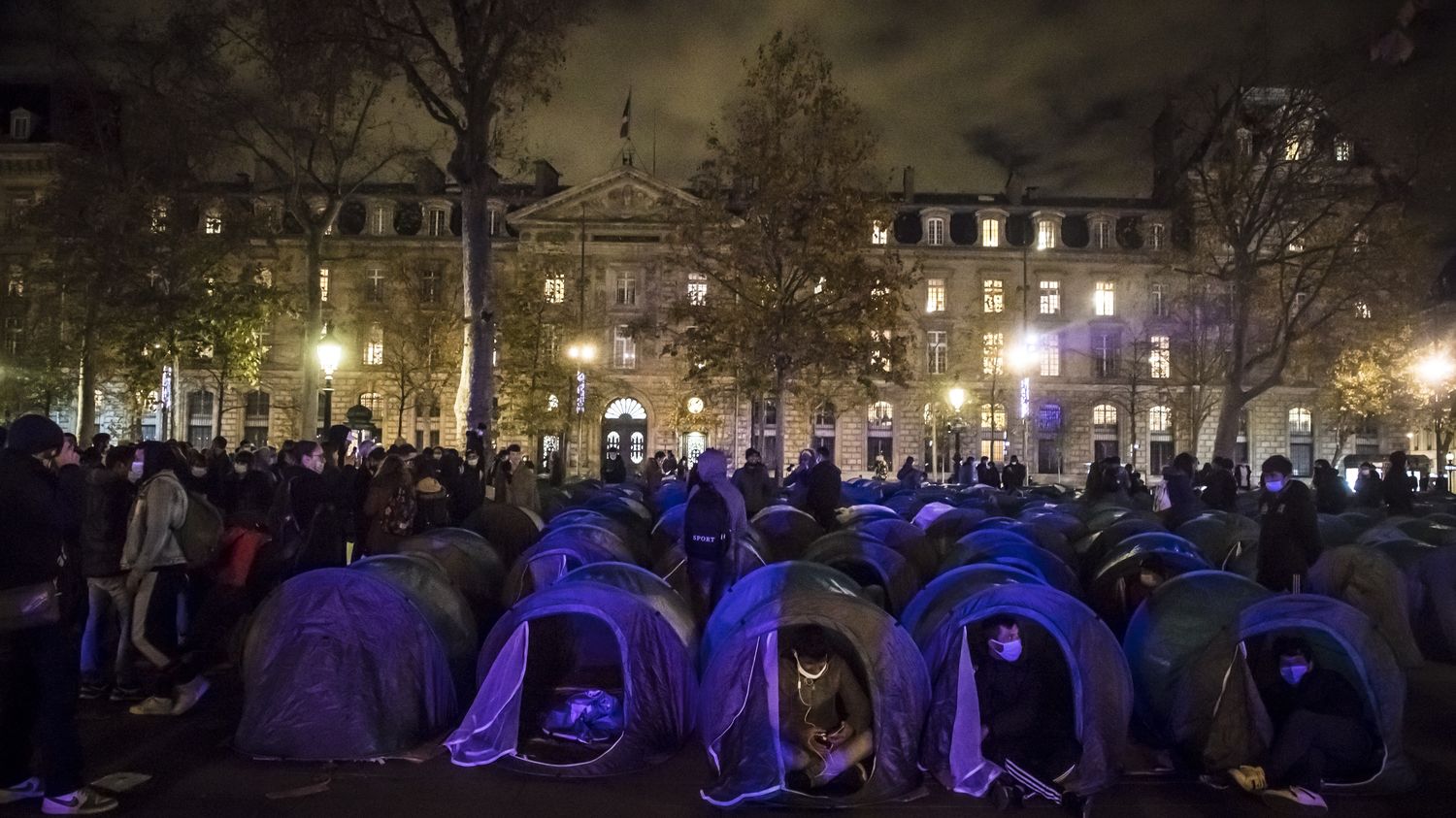 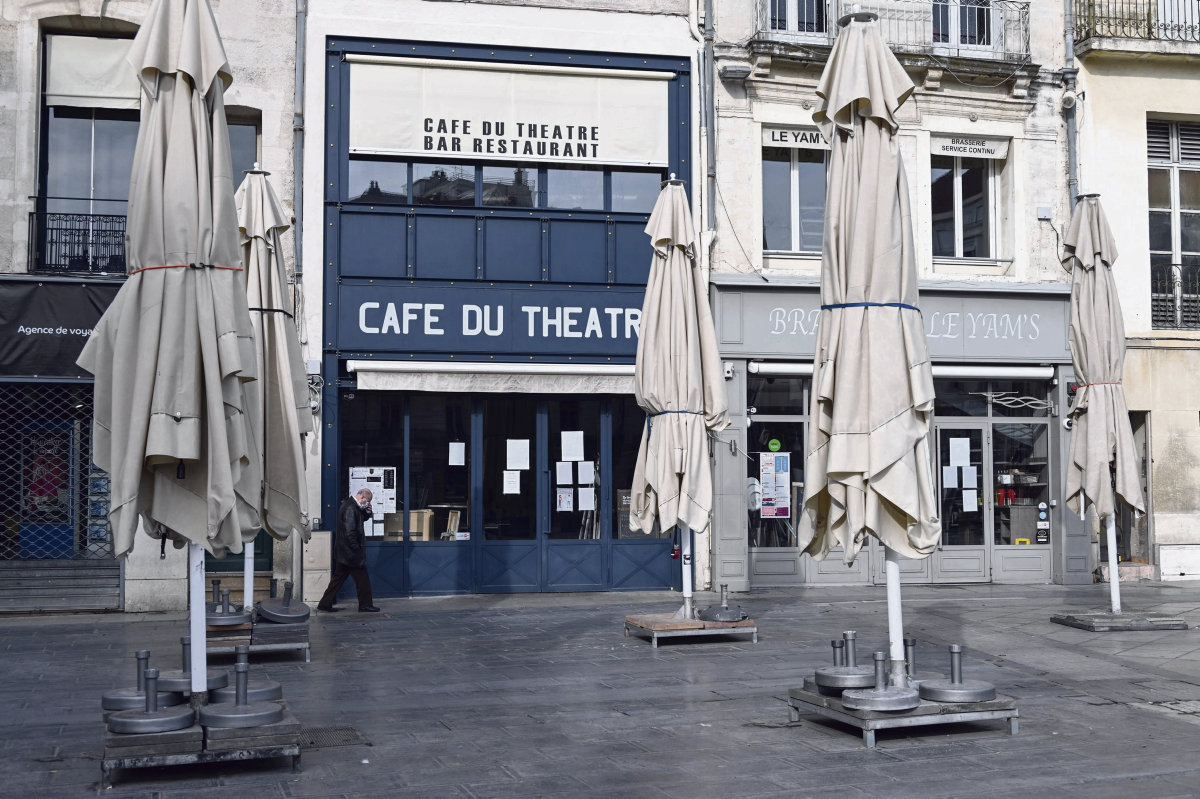