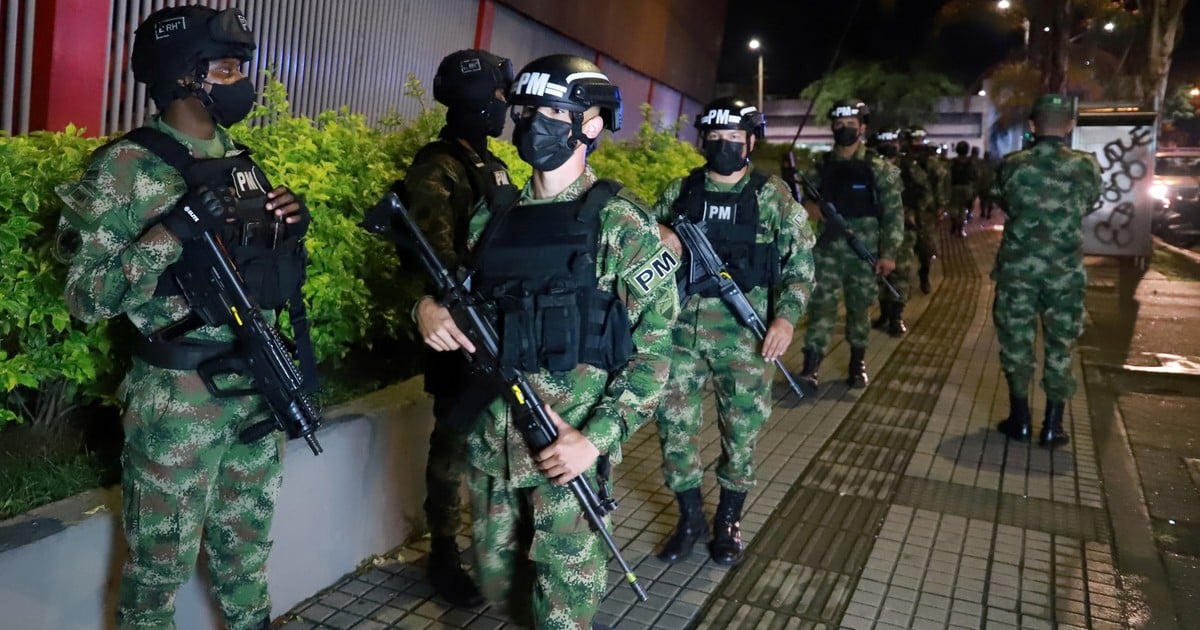 The Colombian police have incurred serious human rights violations during the protests that have shaken the South American country and some of its elements would be responsible for the death of at least 20 protesterssaid the international organization Human Rights Watch (HRW) in a report on the recent behavior of the security forces.

In its report “Colombia: Police Brutality Against Protesters,” HRW claimed to have “credible evidence” to point out that the police had killed 16 protesters for firearm shots, three others due to the impact of tear gas cartridges and one more due to a beating.

In addition, the report raises a panorama of violence higher to the one given by the Colombian authorities. According to the organization, it has “credible information” on 68 deaths that occurred during the protests, 34 of which the group itself was able to confirm, including those of two police officers.

So far, the Colombian government has recognized, through the Defense Ministry, only 18 deaths related to the protests and nine more that it says are in the process of verification. The Ombudsman’s Office, for its part, reports 54 deaths.

HRW’s report is released just over a month after it began a series of protests against a government plan to increase taxes.

The government withdrew the proposal, although the demonstrations continued because people have extended their annoyance to the situation of inequity, poverty and unemployment that increased during the coronavirus pandemic.

“The human rights violations committed by the police in Colombia they are not isolated incidents of undisciplined agents, but the result of deep structural failures, ” said José Miguel Vivanco, director for the Americas at HRW.

The police have been under constant criticism from human rights organizations for their actions to confront the protests and in some videos recorded during the demonstrations, agents have been captured who some of the attendees are shot.

President Iván Duque has said that all cases of police abuse will be investigated and duly sanctioned, however he has insisted that it is about isolated cases.

“Colombia is not a country that violates human rights, we have difficulties, but we face them with justice, ” the Presidential Counselor for Human Rights, Nancy Patricia Gutiérrez, told the media on Tuesday.

According to the HRW report, the “majority” of the firearm injuries that caused the deaths of some of the protesters were located in vital organs such as the chest and head, which according to judicial officials consulted by the organization, would indicate that they were made with “intent to kill.”

One of the documented cases is that of Kevin Agudelo, a 22-year-old young man who died on May 3 in Cali, in the southwestern part of the country, when he was participating in a peaceful demonstration.

The Independent Forensic Expert Group (IFEG), an organization consulted by HRW, reviewed photographs of his body and determined that the young man had marks usually caused by gunshot wounds to the chest and left arm.

Additionally, a judicial official told HRW that initial evidence points to the police being responsible for the shooting. Agudelo’s family recently assured The Associated Press that they still they do not know the opinion official coroner.

The organization also warns of a indiscriminate use of weapons not lethal against the protesters and indicates that some police officers would have triggered them directly at the bodies and not in a parabolic way, which caused the death of at least three people.

A protester shows the casings of bullets fired by the police in Cali. Photo: AFP

Brayan Niño Araque, 24, received a hit in your eye When he was protesting in Madrid, Cundinamarca, on May 1, and according to IFEG forensic experts, although a death from this wound caused by tear gas is not usual, it can occur when they are shot directly at the head of individuals generating brain injuries.

HRW indicated that it corroborated videos in which police tanks apparently they shoot tear gas to the protesters that night.

Despite the complaints, which have accumulated during 40 days of social outbreak against the reforms and government policies, the investigations they do not advance quickly neither in the Public Prosecutor’s Office nor within the Police and Military Criminal Justice.

The Office of the Prosecutor told the Inter-American Commission on Human Rights (IACHR) that by June 5 they had charged 4 people for his alleged responsibility in two homicides that occurred within the framework of the protest.

In addition, most of the police officers who are under disciplinary investigation they continue in their functions: out of 170 cases, only two have been suspended, according to the Police told HRW.

Official public data indicates that most of these investigations are due to authority abuse and that only 13 agents for alleged homicides.

The police are also in focus for gender-based violence. HRW documented at least two cases and the Ombudsman’s Office _ state institution in charge of ensuring human rights_ denounced 14 cases of sexual assault and 71 of gender violence which include physical and verbal aggression.

Although the Police have captured more than a thousand people for crimes allegedly committed during the protests, hundreds of them were released because the judges they found no evidence that linked them to the crime or concluded that due process was not guaranteed.

HRW assured that in some cases the charges they were disproportionate and stressed that the authorities should not arbitrarily use accusations of “terrorism” in cases of minor crimes.

The human rights situation in Colombia is being verified in situ by the IACHR in an official visit until June 10.

Thousands of protesters have joined their demands a structural reform to the policeFor this reason, President Duque announced that he will propose to Congress a project for its “transformation” that will include a human rights directorate.

However, HRW considers that the announced changes are “not enough” to prevent human rights violations or guarantee effective justice for the victims.