Deadline for full recovery of the Russian economy has been announced 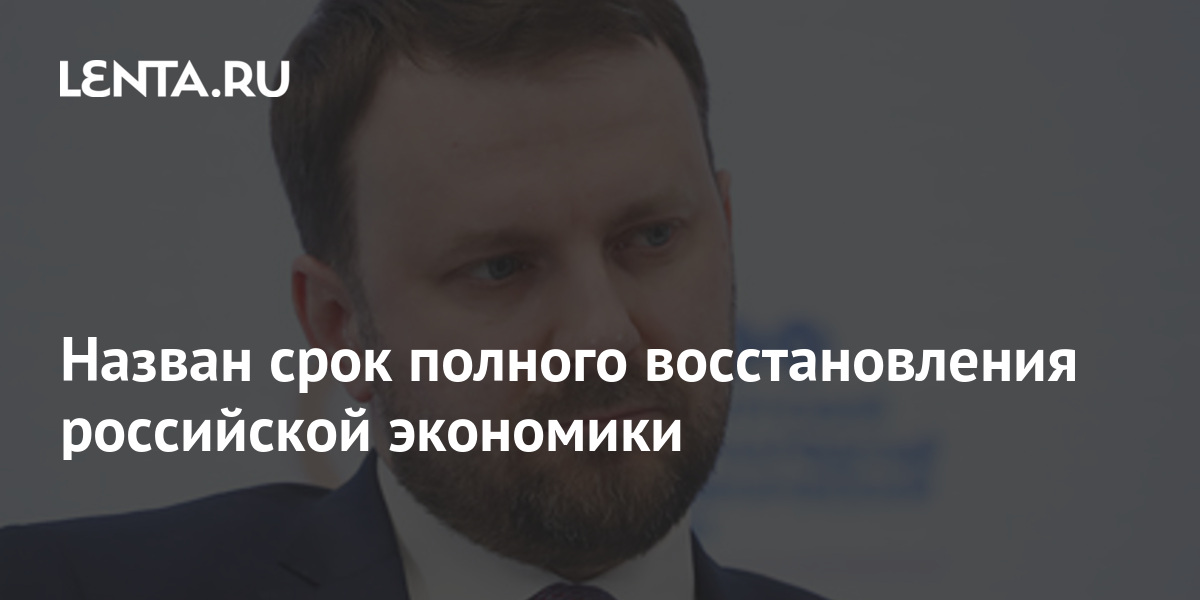 Assistant to the President of Russia Maxim Oreshkin called the timeline for the full recovery of the country’s economy from the crisis provoked by the coronavirus pandemic and the restrictions imposed because of this. His words lead TASS…

According to him, this year will be the year of full recovery. Earlier he said that the world economy as a whole is recovering strongly from the crisis.

The cure for rising prices in Russia, he pointed out, could be high competition in the markets.

Oreshkin also believes that building long-term regulation will help. This approach leads to increased investment. He called the targeted containment of the rise in prices “short-term hype.”

Earlier, President Vladimir Putin spoke about the restoration of the Russian economy: he stressed that it was getting out of a difficult situation. According to him, last year the Russian economy showed resistance to external shocks, despite all the difficulties. “Russia’s GDP has shrunk less than the world economy, and by the end of this year we will already reach a growth rate of about 4 percent,” he said. Putin added that the two most pressing problems in Russia remain the situation on the labor market and the level of inflation.