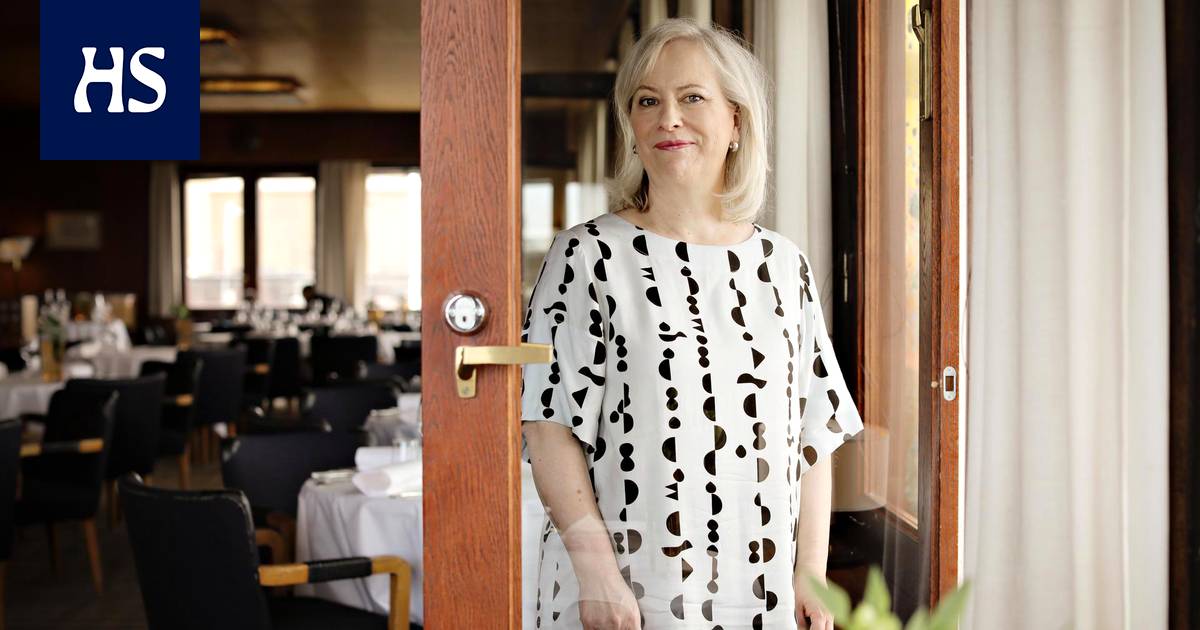 Sinikka Nopola, who created the Hay Hat and Vilttitossu and Risto Räppääjä book series with her sister Tiina Nopola, was 67 years old when she died.

Author Sinikka Nopola is dead. The information is confirmed to HS by a representative of the Tammi publishing house, which published the books of Nopola. Nopola died in Helsinki on 13 January of a serious illness. He was 67 years old at the time of his death.

“We at Tammi and WSOY will all miss Sinikka Nopola’s incredible imagination, fast intelligence, perseverance and warmer heart. In addition to those close to him, Sinika will be missed by all of us who have loved his works, ”Tammi publisher Saara Tiuraniemi says in a press release.

In Helsinki Nopola, who was born in Tampere and spent his youth in Tampere, had an extensive career in Finnish literature. Before becoming a writer, he worked as a journalist for Helsingin Sanomat from 1979 to 1985, after which he became a freelance writer.

Nopola’s debut work, a collection of short stories Tea bags was published in 1987, and during his more than 30-year career as a writer, he has published about 80 works. Nopola has been praised in his writing primarily for his attentiveness, humor, and ability to say things that are not usually seen or said out loud.

Nopola’s own works are remembered, among other things Eila and Rampe from a book series that has also been made into plays and a film. Nopola is best remembered by his sister Tiina Nopolan with co-writing Hay hat and felt slipper mixed Risto the rapper book series that have become classics of Finnish children’s literature.

Sinikka (left) and Tiina Nopola together created books loved by Finnish children about Heinähatus and Vilttitossu and Risto Räppääjä. The siblings were photographed in Heureka in 2014.­Picture: Rio Gandara / HS

Hay hat and felt slipper series Nopolat began writing in 1989, and the first Risto the rapper was released in 1997. Both stories have also emerged as popular plays and films, which Nopola has also been screenwriting with his sister.

“Nopola’s production reflects his idol of youth Saima Harmaja adapting the pursuit and pursuit towards heights, but humorously, speaking to readers of all ages, ”describes a press release sent by Tammi.

In a video in 2018, Sinikka Nopola told HS about her favorite phrase:

In 2017 Nopola recalled his own career In an interview with Helsingin Sanomat and found that, as a journalist, he had “no news at all”.

“I left a fun job. There hasn’t been such a work community since then – although we have many small work communities with Tiina through movies, plays and the publishing house. The idea sometimes feels awful that I live in a playhouse, a strange fictional life, ”Nopola recalled leaving HS as a journalist and the ideas that arose from it.

In his interview, Nopola highlighted one special feature of his own nature.

“Studies show that a person’s character traits change with age, but one remains: conscientiousness. It’s starting to bother that what’s wrong with it. Life may not be lived. When I watched Couch potatoesprogram for the first time, I wondered how people are terribly relaxed on their home couches. Eating chips and lounging. Personally, I sit on the couch with my back straight, as if I were on patrol all the time, performing signs. I am the eternal scout, know the signs collector. “

Supplier, Preparatory Secretary of the Public Speech Council Nenne Hallman is a long-time friend of Sinikka Nopola. Hallman became acquainted with Nopola in the 1980s while working at Helsingin Sanomat.

Hallman says that the joint time in Helsingin Sanomat’s Saturday and Sunday deliveries was a hilarious and inspiring time.

“We had a terribly nice work community. We tried a lot of things, supported each other and read each other’s stuff. Sinikka and I were the youngest in the group, and in addition to us, it included Eeva-Kaarina Aronen, Sakari Määttänen and Heleena Savela, ”Hallman says.

“Sinika’s way of writing and speaking was terribly liberating. As a journalist, Sinikka was a pioneer. He sought new ways of writing and brought personality to the journalist’s work, which was later evident in his writing. ”

As a human being, Nopola was inspiring, according to Hallman. A special characteristic he considers is how Nopola translated his own missteps into humor.

“At one time we both applied for an Erko travel scholarship, and Sinikka got it but I didn’t. When Sinikka came back from France and she had dyed her hair black, I was jealous. Then Sinikka said the whole thing was an injury. He had to go lighten his hair, but he said in French that he accidentally wanted black hair, ”Hallman says.

Hallman says that in recent years his and Nopola ‘s contact became less frequent, but each time he met his long – time friend, the conversation continued on the same subject where it had last been left.

Sinikka Nopola’s last years were overshadowed by a serious illness, which made communication more difficult in the end times. After Nopola had told Hallman about his illness, he asked that he not tell the matter further. Nopola wanted to keep the matter to the attention of a small district.

“Sinikka was an incredibly funny person. He was cordial, open and honest. ”

Junior- and a juvenile literature critic, researcher Päivi Heikkilä-Halttunen according to Sinikka Nopola, the significance of children’s literature has been great.

“Sinikka Nopola, together with her sister Tiina, brought a whole new relaxation to Finnish children’s literature from the end of the 1980s, which was reflected in fluent language, nascent dialogue and original humor,” says Heikkilä-Halttunen.

Not only children but also adults like Nopolo’s multi-level children’s books.

“Hay hat and felt slipper– Yes Risto the rapper The series also has its own level for an adult who reads books aloud to a child, which has guaranteed great popularity for both series. ”

Both book series have also been well ahead of their time in unconventional family photography, he recalls.

Sinikka Nopola’s debut work was published in 1987. She was filmed for a 60-year-old interview in 2013.­Picture: Liisa Takala

Murcia hoteliers: «There will be many labor victims»

D’Alessio Case: The Government, De Vido and Etchegaray appealed the ruling of the Federal Chamber of Mar del Plata