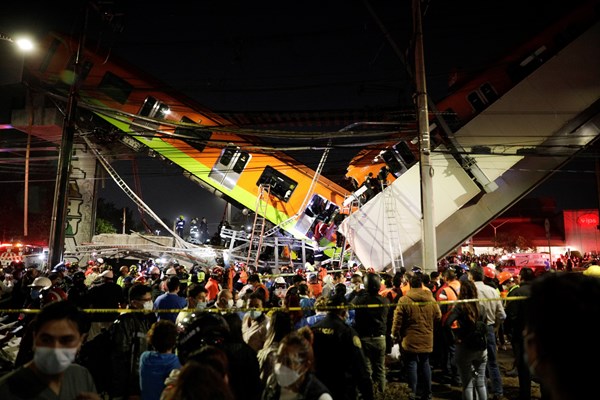 In Mexico, authorities said 13 people were killed and 70 injured when a section of a flyover of Mexico City subway trains collapsed on Monday night.
A local TV channel showed footage of the bridge collapsing onto cars traveling on a road below.
Other video clips broadcast on television and social media showed emergency medical teams and firefighters at the scene of the accident combing the scene in search of survivors.

Greens soaring: Even business bosses love Annalena – if that doesn’t come as a nasty surprise