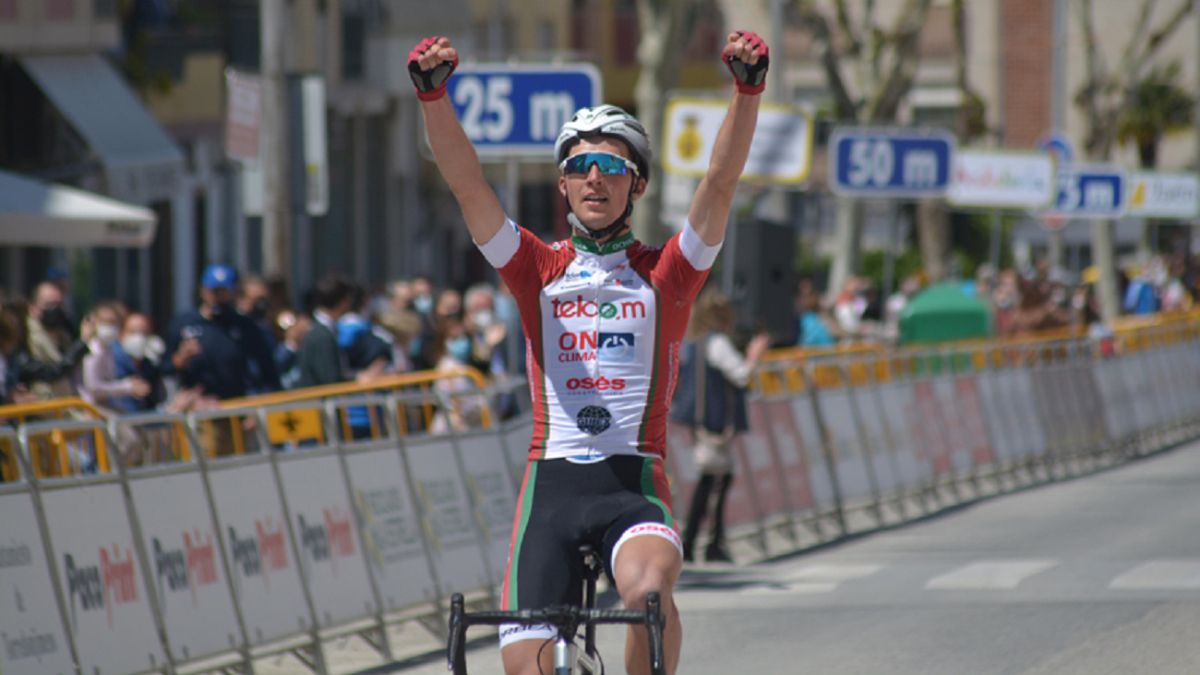 Torredonjimeno has seen a cyclist from the Telco’m-On Clima-Osés team raise his arms as the winner for the second consecutive time. The Navarrese team savored the glory last year from the hand of Abner González and this Sunday he has repeated success thanks to the brilliant performance of Timo De Jong. The Dutch cyclist, who managed to overcome the Alto de Valdepeñas in the head cut, has taken advantage of the doubts present in the leading group to propose a solo attack with 15 kilometers to go that has led him to victory.

At 9:15 am, the start to this third round of the Elite-Sub23 Cup of Spain took place from Torredonjimeno, which In its initial kilometers it has had Christian Albretchsen as its main protagonist. The Dane remained in the lead until shortly after the 38 kilometer special sprint, at which point the peloton hunted him down.

The next major movement occurred at kilometer 70, when a head cut has formed that comprised 17 cyclists, among which were runners such as Eugenio Sánchez, Pablo Carrascosa, Alberto Serrano, Juan Marín, Vicente Hernáiz or De Jong himself. This group has come to have up to two minutes of advantage, but given their danger, several teams have begun to organize in the peloton to reduce their income and leave it at just 30 ”before facing the ascent to Alto de Locubín. The escapees have marked a good step in the highest rise of the day and they have kept the different stable around 40 ”, although the strong rhythm has caused them to lose some of their units.

The climb to Alto de Valdepeñas, which began just at the end of the descent from Alto de Locubín, has caused a multitude of movements at the head of the peloton and a group made up of some of the cyclists who will be leaked in the previous cut, like Sánchez, Serrano, Carrascosa, Hernáiz, Marín or De Jong, who have been joined by Igor Arrieta, Iñaki Díaz, José María García, Hernández, Madrigal or Haro.

This group of about 15 units has faced the remaining favorable section to Torredonjimeno trying to find a collaboration that would make them reach the finish line, but with 15 kilometers to go De Jong has taken advantage of some doubts to jump solo and open a hole that has ended up being definitive.

Within the last kilometer, the peloton, in which the leader Pau Miquel or Marc Brusienen were, has hunted down the pursuing group, while De Jong was already flying unstoppable to triumph. The Dutchman has had more than plenty of time to enjoy himself of his sensational ride in the final stage and proclaiming himself the winner with a 55 ”lead. In the sprint for the remaining two podium places, the fastest was Marc Brusienen, who regains the leadership of the Copa de España Elite-Sub23, while the third place went to Sergio Trueba. Pau Miquel, until today leader of the contest, has crossed the finish line in seventh place. Alberto Serrano, who was 8th, has dressed in the elite leader’s jersey.

Valuev spoke on the upcoming battle between Kudryashov and Romanov