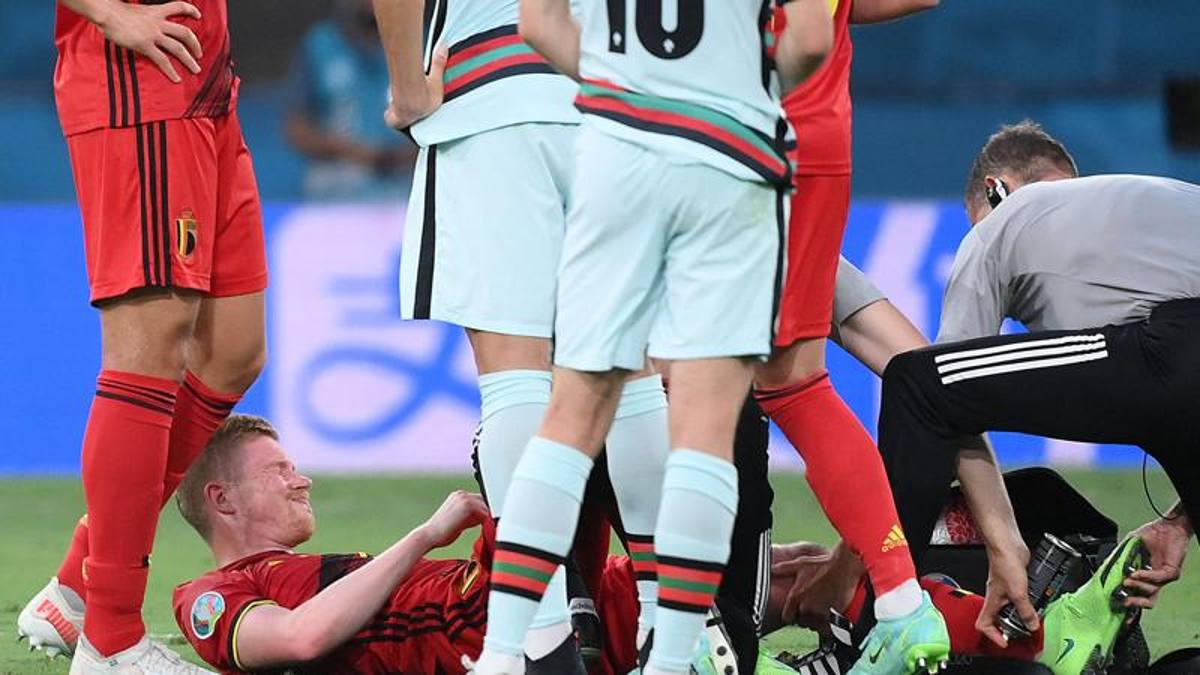 Touched hard by Palhinha, the City midfielder exited at the start of the second half. The attacking midfielder must also be evaluated

Belgium risks losing important pieces in view of Italy. Qualifying for the quarter-finals gives coach Martinez joy and apprehension at the same time, since the names at stake are two big shots: De Bruyne and Eden Hazard.

Out in the shot

To worry most, both for the extent of the injury, and for the importance it has in team balance, is De Bruyne. The City midfielder was hit hard by Palhinha on the left ankle and after 3 minutes of the second half he was forced to raise the white flag, replaced by Mertens. It is still too early to understand the evolution of the situation in view of the match against Italy on Friday evening, but the alarm certainly sounds. A really complicated end of the season for him, after leaving the scene during the Champions League final following a clash with Rudiger that had caused him to have an acute bone fracture in his nose and left orbital fracture. As for Eden Hazard, he left the field three minutes from ninetieth due to a muscle problem and will obviously have to be carefully evaluated too.