David Beckham invested in the production of electric cars 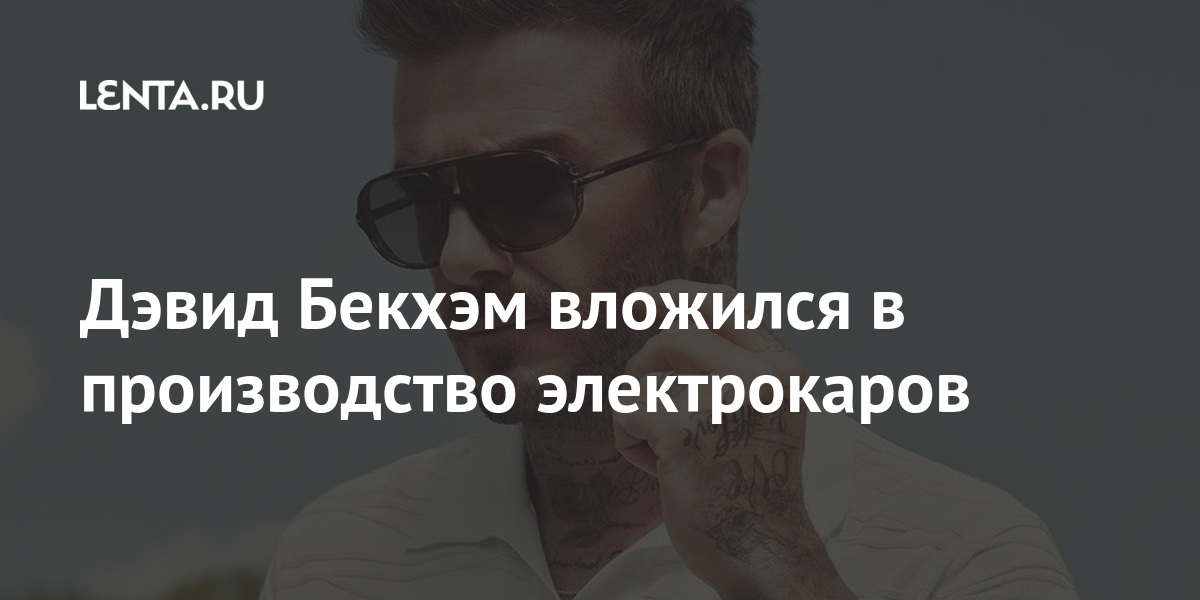 Former Manchester United and Real Madrid midfielder David Beckham has invested in the British company Lunaz, which converts classic cars into electric cars. The athlete’s money will go to expand production towards the electrification of trucks, writes The Guardian.

Beckham acquired a ten percent stake in Lunaz, which focuses on electric cars by electrifying classic cars including Rolls-Royce, Jaguar and Range Rover. The plant was launched in 2018 in the British village of Silverstone. The company replaces internal combustion engines in cars with batteries and electric motors. Lunaz intends to scale the proven technology of greening the automotive industry to garbage trucks and other trucks.

“Lunaz represents the best of British ingenuity in both technology and design. I am interested in helping the company by looking at its work to restore the most beautiful classic cars with electrification, ”the former footballer commented on his decision to the British portal Autocar.

The West and China are handing out money to buy electric vehicles. Should Russians expect the same?

The cost of electrifying cars is quite high, but is gradually decreasing due to the growing demand for sustainable transport, said Lunaz founder David Lorenz. Converting a Rolls-Royce into an electric car and a garbage truck costs about the same, about 350 thousand pounds sterling (496 thousand dollars). At the same time, the conversion of garbage trucks to an electric version, according to Lunaz estimates, will cost the municipality 40 percent less than buying new diesel vehicles. Garbage trucks run on a limited route, ideal when you need to recharge your battery. Earlier, engine cleaning systems were installed in such machines, now in their place it will be possible to fit batteries, the company representatives explain.

“We have to give up the idea of ​​buying new things all the time. There are two billion cars on the planet, and each of them can be converted into an electric one, ”the automaker emphasizes.

New cars with gasoline or diesel engines will be banned in the UK by 2030. The British are increasingly resorting to the service of converting their cars into electric cars, since the latest types of batteries have been adapted for old models of passenger cars.

In addition to Beckham, the owners of the Daily Telegraph, the Sunday Times second-richest British families in 2020, and the hereditary real estate investor Alexander Dellal, invested in the electrification of transport at the Lunaz plant.

Electric cars are gaining more and more popularity among Russian car owners. According to a study by the Drome website at the beginning of June 2021, Primorsky, Khabarovsk Territories and Irkutsk Region became the leaders in sales of cars with an electric motor. The most popular used electric car among Russians is the Nissan Leaf (average price – 500 thousand rubles), in second place is the BMW i3 (1.9 million rubles), closes the three Tesla Model 3 (3.7 million).