Davati says he was never aware of a government bribery request 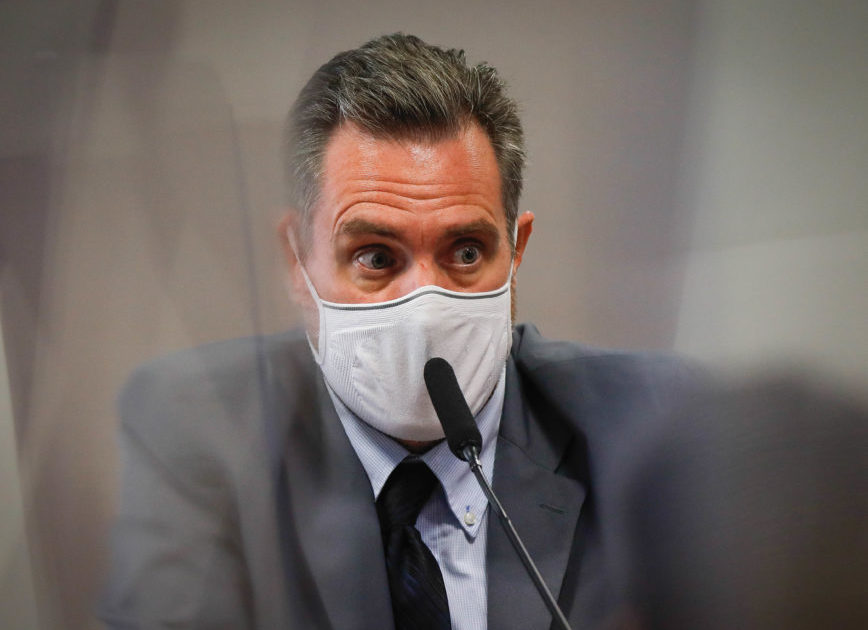 Davati Medical Supply said, this Friday (2.Jul.2021), that “has never participated in any illicit negotiation” and that he was not aware of the government’s request for a bribe in the negotiations for the purchase of vaccines. He also reinforced that Luiz Paulo Dominguetti does not represent the company in Brazil. Read the full text of positioning (80 KB).

Davati’s name surfaced last week after a report in Folha de São Paulo revealed an alleged request for a bribe by former director of Logistics at the Ministry of Health, Roberto Ferreira Dias, during negotiations to purchase 400 million doses of AstraZeneca’s covid vaccine.

The revelation resulted in the dismissal of Roberto Ferreira Dias and the summoning of Luiz Paulo Dominguetti, a Military Police corporal who presents himself as a representative of Davati in Brazil and who would have heard the offer of bribes, to testify at the CPI (Parliamentary Commission of Inquiry) of the Covid. Dominguetti reaffirmed the version he told the leaf in your testimony.

“Davati has never participated in any illicit trading”, says Herman Cardenas, CEO of Davati Medical Supply. According to the company, until the public disclosure of the facts, Davati was not aware that government officials would have requested undue advantage to purchase the vaccines. “If I had knowledge, it stands out, I would never consent to any improper practice”, says the note.

Hérman Cardenas had already informed that Dominguetti does not represent the company in Brazil nor is he its employee. This Friday (2.Jul.2021), the company reinforced the information and said that the only accredited representative of Davati Medical in Brazil to facilitate the offer of vaccines against covid is Christiano Alberto Carvalho.

“Davati, which is headquartered in the United States, reaffirms that Luiz Paulo Dominguetti had no power to negotiate or change the offer on behalf of the company”, claims the company.

According to Davati, the company presented to the Ministry of Health, in February this year, an offer to intermediate the purchase of up to 400 million doses of vaccine, restricted to that period.

“As the document of the offer (Full Corporate Offer – FCO) sent to the folder demonstrates, Davati Medical Supply did not hold ownership of the vaccines, acting in the approximation between the Federal Government and an allocation holder, a company that had vaccine credits with the laboratory AstraZeneca, attested by a letter from the allocator – this letter attested that there was access to an allocation with AstraZeneca”, explains.

The company has been the target of criticism after AstraZeneca denied having intermediaries for the sale of vaccines. “The FCO formally sent to the Ministry of Health contained all the information, step by step, on how the intermediation and delivery of the vaccines in question would take place, making it clear that Davati acted as a facilitator”, says the company.

“Any payment would only be made after the delivery of the vaccines”, highlights Cardenas. In a statement, Davati said that it is not a representative of the AstraZeneca laboratory and has never introduced itself as such. “At no time did Davati change the offer, regarding the value or format of the negotiation”, says the company.

Regarding investigation involving the facilitation of Davati Medical in Canada, the company informed that “has filed all necessary documents with the United States Department of Homeland Security and the Royal Canadian Mounted Police and found no inconsistencies or accusations regarding the company’s performance.”