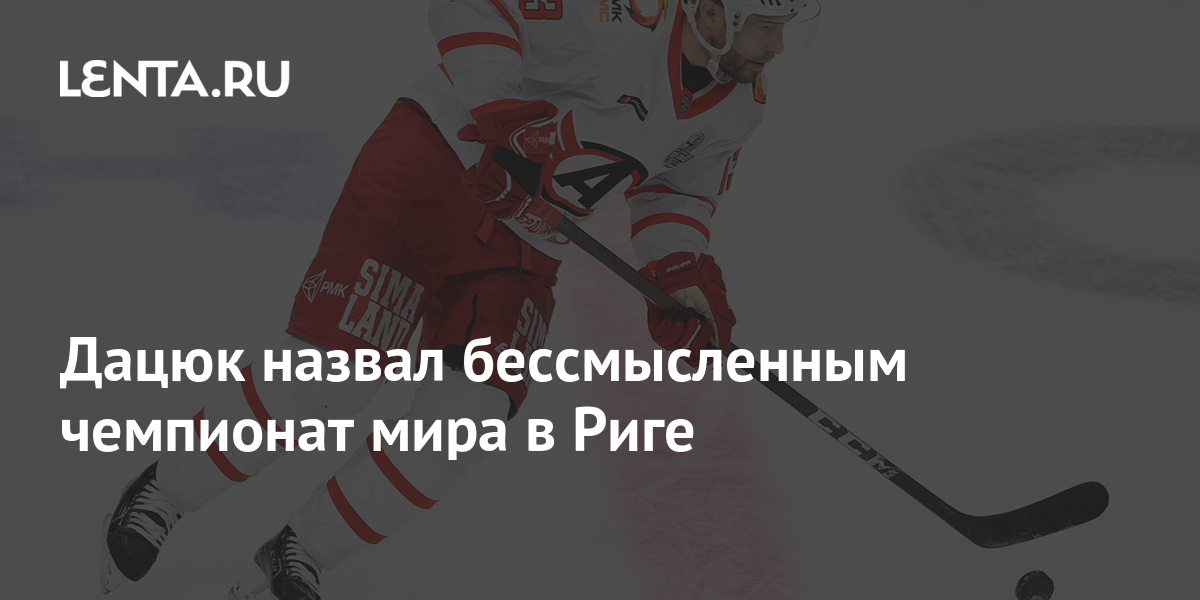 Former Russian hockey player Pavel Datsyuk commented on the results of the world championship, which ended in Riga. It is reported by RIA News…

According to the player, he did not follow the matches of the tournament, as he considered it incomprehensible and meaningless due to the lack of fans in the stands. He also noted that he is bored playing in an empty stadium.

The matches of the World Cup in Riga were initially held without spectators, but by the end of the group stage, a limited number of fans were allowed to enter the stands. The Russian national team flew out of the tournament in the quarter finals, losing to the future world champions Canadians.

Datsyuk played for the Russian national team at seven world championships, he has one gold, one silver and two bronze medals. In addition, the forward as part of the national team became the Olympic champion in 2018, and won the bronze medal of the Games 16 years earlier.