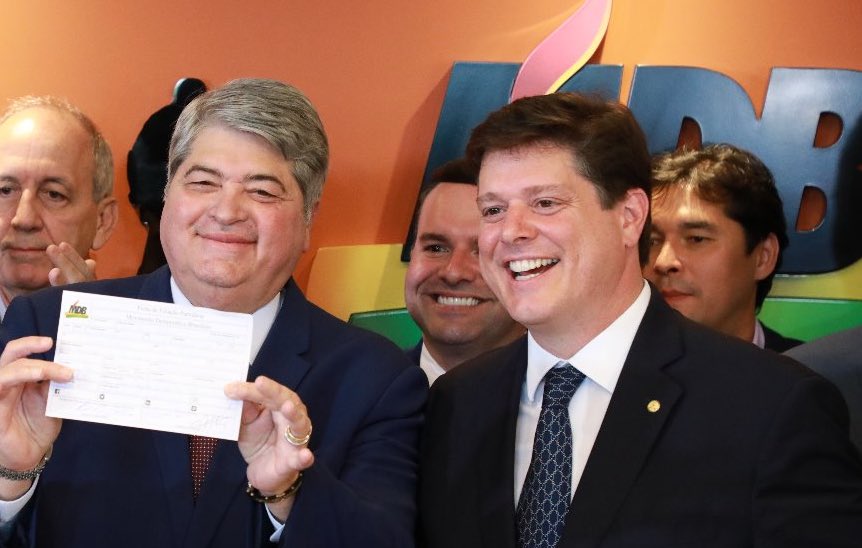 TV presenter José Luiz Datena conditions his going to the PSL to two possibilities: being a candidate for the Senate or for the government of São Paulo. The party’s president, Luciano Bivar, however, wants a higher flight: Presidency of the Republic.

“The guarantee I asked to join is that there is a prospect of leaving either for the Senate, or for the government of São Paulo. They insist on 3rd copy. But I think politics is more about fate. I do not define myself as a 3rd copy candidate“, told the power360. According to Datena, his name is strong to run for the Senate or the government.

On Monday night (June 28, 2021), Bivar and the president of the MDB, Baleia Rossi, had dinner with the presenter in São Paulo. Rodrigo Maia (DEM-RJ) and Aguinaldo Ribeiro (PP-PB) also participated.

“We are well on the way to membership. Throughout the dinner, the theme was his possible candidacy for president,” said Bivar.

Datena said, however, that he is not willing to do what he called the “crazy”. “I will not apply without having a chance to win. Now, if those chances come up and the party thinks I’m the right name, I’ll take the job.”, said. Today, the presenter is affiliated with the MDB.

MDB and PSL formed a block that intends to walk together until 2022. Datena’s departure from the MDB is pacified. Despite the enthusiasm of Bivar’s group, the idea that has been aired on the MDB is to bring one more name to the board of those who intend to launch themselves as a 3rd way candidate.

Today, the governors of São Paulo, João Doria (PSDB) and Rio Grande do Sul, Eduardo Leite (PSDB), in addition to former minister Luiz Henrique Mandetta (DEM), are in dispute for the position.

In 2016, for example, Datena announced live that he would not be running for mayor of São Paulo. In 2018, he was listed to be a candidate for senator, but he did not run. His name also circulated in 2020, but he was once again out of the dispute for the mayor of São Paulo.

The PSL gained national relevance in 2018 by electing 52 federal deputies in the wave of Jair Bolsonaro. Afterwards, the President of the Republic came into conflict with the leadership of the party and left it.

Its allies, who were bound by the acronym by rules of party loyalty, must also disembark next year towards the legend to which Bolsonaro join. Patriota is currently the most popular destination.

The PSL seeks to rebuild itself so as not to repeat the poor performance of the 2020 election next year, when it elected only 91 mayors in the 5,570 municipalities in Brazil, despite being one of the parties with the most resources.